Classic car values are reaching new heights, causing many enthusiasts to be priced out of the market. Thus, buyers are looking for other ways to enjoy the styling of vintage vehicles without paying the price premium, and restomods are becoming more and more popular.

This 1969 Shelby GT500 look-a-like for sale started life as a 2008 Ford Mustang GT Coupe before a company named Retrobuilt got its hands on it. In an effort to offer classic styling while retaining reliability at a reasonable cost, the company stripped off all the original panels and replaced them with custom pieces to create the vehicle you see here.

The changes aren’t all cosmetic, as the chassis has also been upgraded with a tubular K-Member, an aftermarket sway bar and Panhard Bar, and Roush billet control arms.

Under the hood is a single overhead cam 4.6-liter MOD motor, which in stock form makes 300 hp and 320 lb-ft of torque. The engine in this restomod likely makes more, however, thanks to upgraded COMP Thumpr cams, cold-air intake, and an H-pipe exhaust with dual Roush mufflers. Power is sent to the rear wheels via a Tremec TR3650 five-speed manual transmission and an 8.8-inch rear end with a 3.73 ratio posi-traction differential.

Read More: This K5 Blazer Is Actually A Chevrolet Tahoe Z71 Underneath 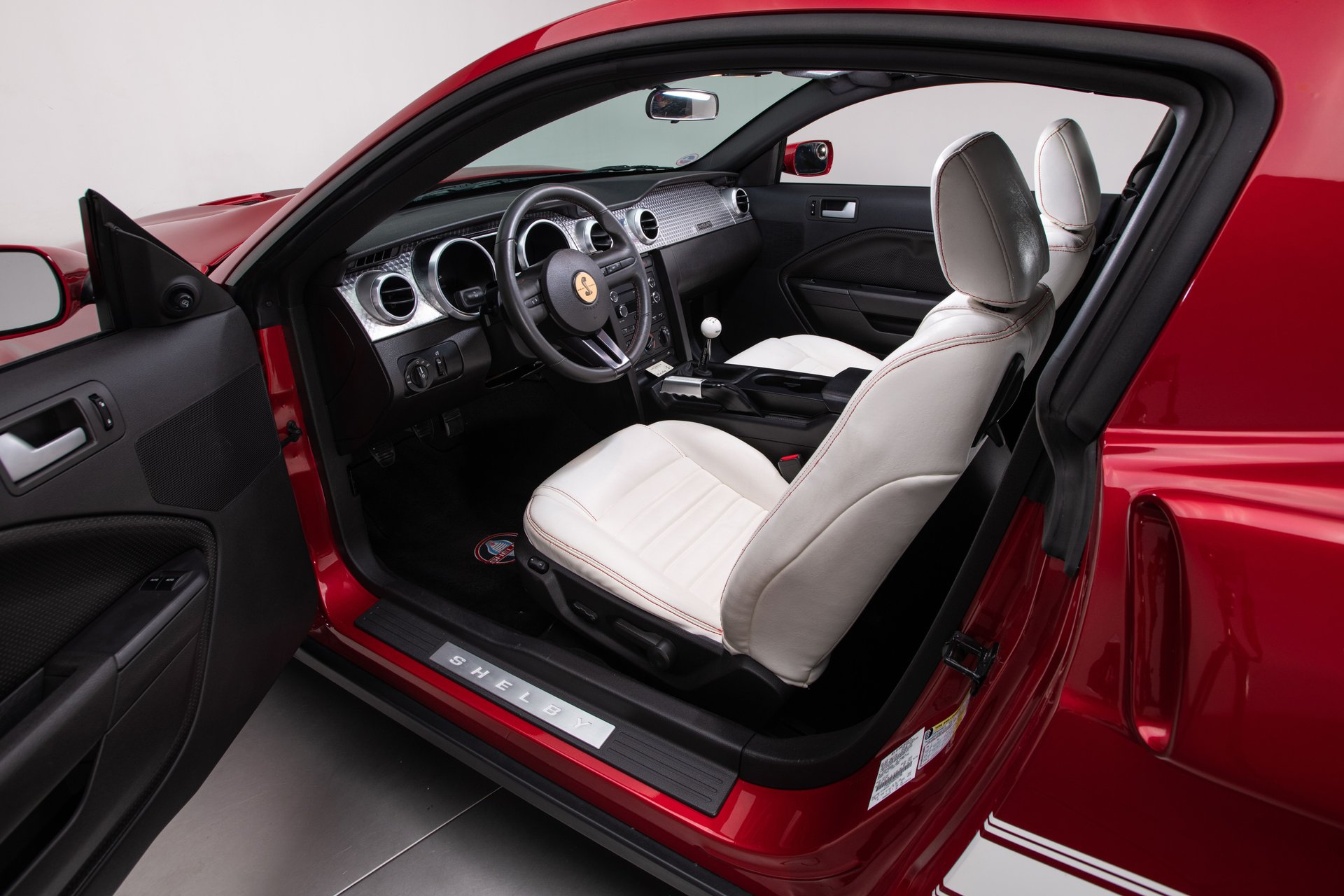 Vehicle technology has advanced considerably in the 50 years between the Mustang and the Shelby it’s trying to mimic. In 1969, the GT500’s massive 7-liter Cobra Jet V8 pushed 335 horsepower and 440 lb-ft of torque. With a soft suspension and little attention paid to the handling, the GT500 would have been quite the handful if it wasn’t pointed in a straight line.

In stark contrast, the modern Mustang GT500 can hold its own against many sports cars from Europe, and make horsepower more efficiently with fewer liters.

The Retrobuilt GT500 is being sold through RK Motors website and is also available on eBay with a current Buy It Now Price of $64,900. At that price, the Retrobuilt represents a significant saving over a genuine 1969 Shelby GT500, whose prices are rapidly approaching $150,000.