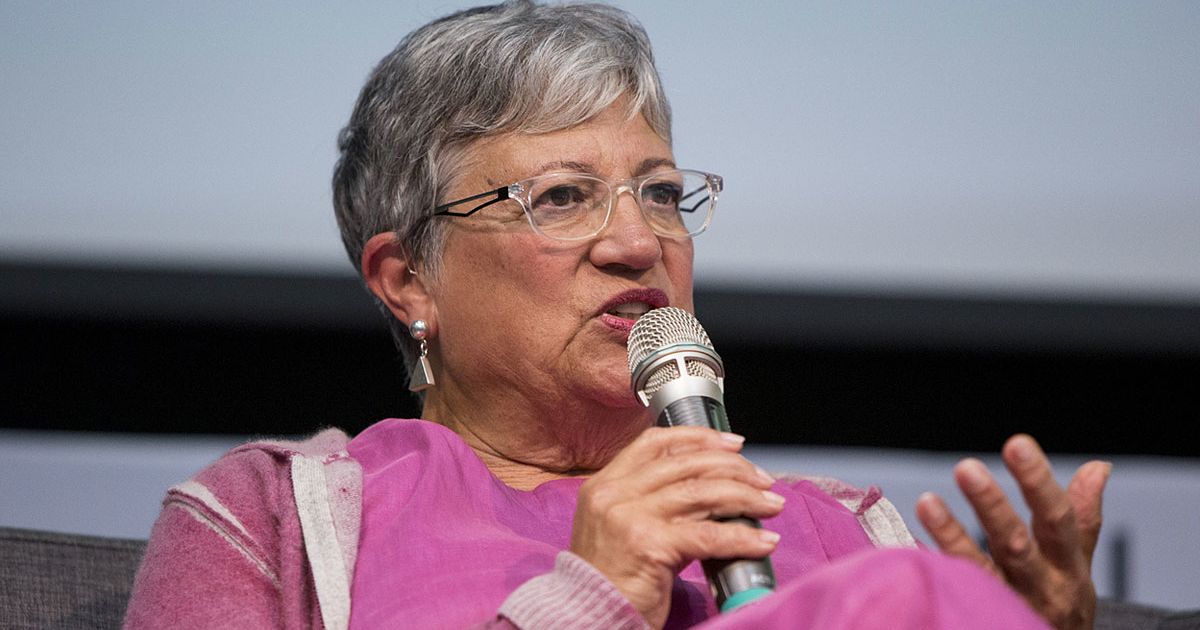 From her early work fighting against freeway expansions around Los Angeles to her tenure as chair of the California Air Resources Board, Mary Nichols has spent more than five decades grappling with transportation’s role in contributing to pollution and climate change.

Now as co-chair of the Coalition for Reimagined Mobility along with Ford Motor Co. CEO Jim Farley, Nichols is examining many of the same subjects at a global scale. She joined Automotive News reporter Pete Bigelow on the Shift mobility podcast this month to discuss her latest work, the restoration of California’s ability to set its own emissions standards, energy independence and more. Here are edited excerpts.

Q: The federal government has restored California’s authority to set its own emissions standards. What were the ramifications?

A: The ability to set our own emissions standards for motor vehicles and fuels related to that is fundamental to California’s whole approach to dealing with both air pollution and climate change itself. It’s the very heart of what has given us the ability to move forward, be creative and come up with programs that have pushed technology that, in many instances, has led the world as well as the industry into realms that once seemed impossible.

With the authority restored, what’s next?

Even before we knew the decision was going to be final or knew the exact date it was going to happen, the staff at the Air Resources Board has been working on their ideas about this. It’s not something that’s been hidden somewhere in a drawer. It’s been a very open process. So I think you’ll see further, faster action on that front.

With Gov. Gavin Newsom’s zero-emissions executive order that sets targets for 2035, and the way 16 other states follow California, would it be too far afield to say the restoration of California’s authority spells the end of the internal combustion engine?

What is the government’s role in setting policy that encourages, incentivizes, mandates progression toward battery-electric vehicles? Or zero-emission technology?

I’m glad you sort of corrected yourself there, because I think zero emissions in the goal. The battery-electric vehicle, at this point, has emerged as clear winner, at least when it comes to light-duty trucks and passenger vehicles. We see there is a continuing interest and desire on the part of the industry to look at hydrogen fuel cell vehicles. … Generally speaking, we try to stay away from prescribing what the exact technology is going to be, because over the years, it’s become clear the goal is to get to zero. The creativity of our engineers and scientists is such that we can’t know exactly how that goal is going to be achieved.

You co-chair the Coalition for Reimagined Mobility with Ford Motor Co. CEO Jim Farley. What’s it like working with him?

He is such an impressive individual. He’s a car guy and a race car driver, and you see him in the photos the company puts out of him racing and he’s very at home in that world. At the same time, if you get into a conversation with him about electric cars, you’re very quickly in the realm of what the work force will be like, what work will be like. It goes way beyond just the product.

What are the goals of the coalition?

The coalition is a project of a nongovernmental organization called Securing America’s Future Energy that has always taken a global look at energy and transportation from a national security perspective. They focus on the risks and dangers of being petroleum dependent, which, of course, is a lot of what’s in the news right now.

The coalition itself was designed to bring together leaders from around the world from various aspects of the transportation industry. Not just passenger vehicles, but freight, which is increasingly recognized as being at least half of the emissions profile of transportation. We’re hoping we can achieve consensus across a broad range of interest groups that have a stake in transportation, in how we could make the whole system more effective, fair and equitable for people. That’s our goal.

You mentioned that energy has been in the news, and obviously fuel costs are significantly higher right now. Is that a crisis? Or is there opportunity to use this as a catalyst toward alternate methods of propulsion, for accelerating some of the changes you’ve talked about?

That’s the big question. Those of us who are in favor of taking action to reduce emissions are hopeful that we can convince those who have been reluctant to make changes or support change that this is really something that needs to be done for reasons of economy and overall global responsibility.

A lot depends on how political leaders and the public takes this. Do they see this as just being manipulated by foreign powers that we should fight back against and somehow push prices back down to manageable levels? Or do we try to mitigate the harm to people’s pocketbooks right now, but do it in a way that does not lead to continuing dependence on this very unsustainable product?