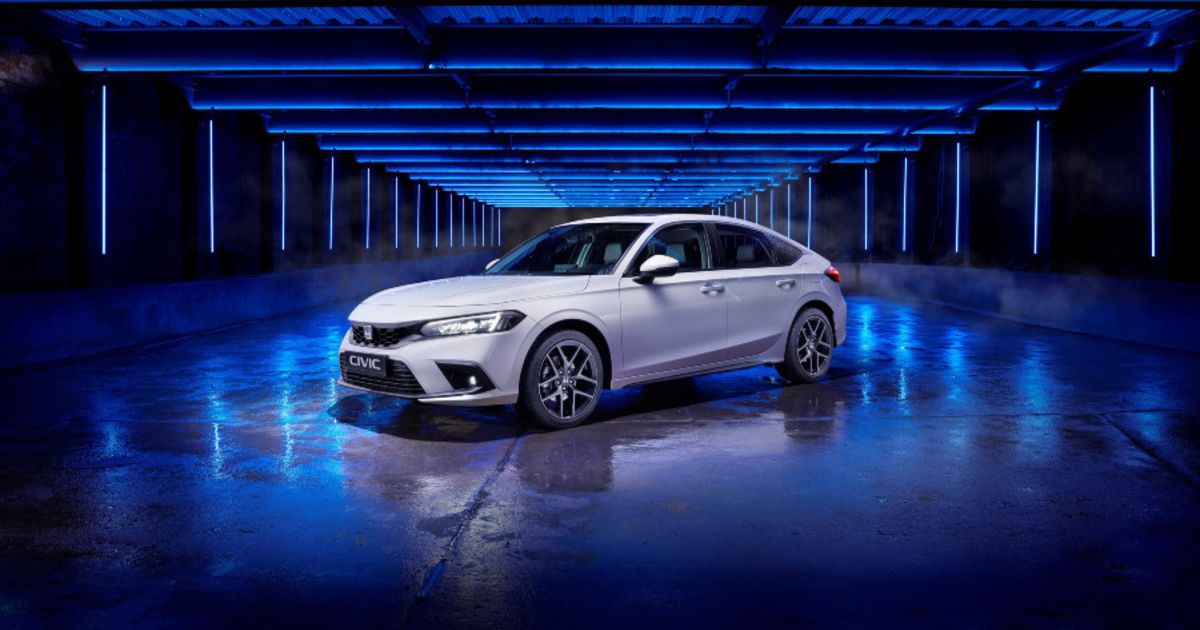 Honda will complete the electrification of its range in Europe with the launch of the new Civic Hybrid in the autumn, followed in 2023 by a small full-electric SUV, a hybrid compact SUV and a new CR-V SUV with a plug-in hybrid option.

The new Civic compact hatchback, called the Civic e:HEV, will be sold only as a hybrid. Its full-hybrid drivetrain combines a lithium ion battery with a 2.0-liter gasoline engine. It will replace the current Civic that is powered by turbocharged gasoline engines.

Honda estimates the hybrid will have CO2 emissions below 110 grams per km under WLTP testing.

It has a 35 mm longer wheelbase to give more cabin room. The top-spec models will have a digital driver display and a 9-inch touchscreen mounted higher on the dashboard.

The car is the 11th generation of the Civic product line and is a version of the model already on sale in the U.S. and Japan.

Honda said its new small full-electric SUV for Europe is previewed by the e:Ny1 prototype. The model “will be at the center of Honda’s future product lineup,” the company said.

The SUV will bring a blend of “dynamics, technology and design,” Honda said, without giving more details.

The e:Ny1 prototype looks similar to Honda’s e:NS and e:NP small electric SUV models that Honda has shown in China. The e:NS and e:NP, one for each of Honda’s joint venture companies in China, are due to go on sale this year, reports say.

Last year the automaker sold 3,436 of Honda e cars in the region, according to Dataforce. Sales are dampened by the EV’s high price.

In the UK, Honda’s biggest European market, the Honda e has a higher starting price than the CR-V compact SUV.

Honda’s new full-hybrid compact SUV, due in 2023, was previewed by sketches that show a different styling language compared with the HR-V, the brand’s newest model. No further details were given.

Honda also said it would launch a new version of its CR-V compact SUV in 2023. It will be the first Honda model in Europe to offer a plug-in hybrid version and will also be sold with a full hybrid drivetrain.

The new models will create Honda’s widest European lineup for many years, the automaker said.

Last year, Honda sold 68,346 cars in Europe, down 15 percent on 2020, according to figures from automaker lobby group ACEA.