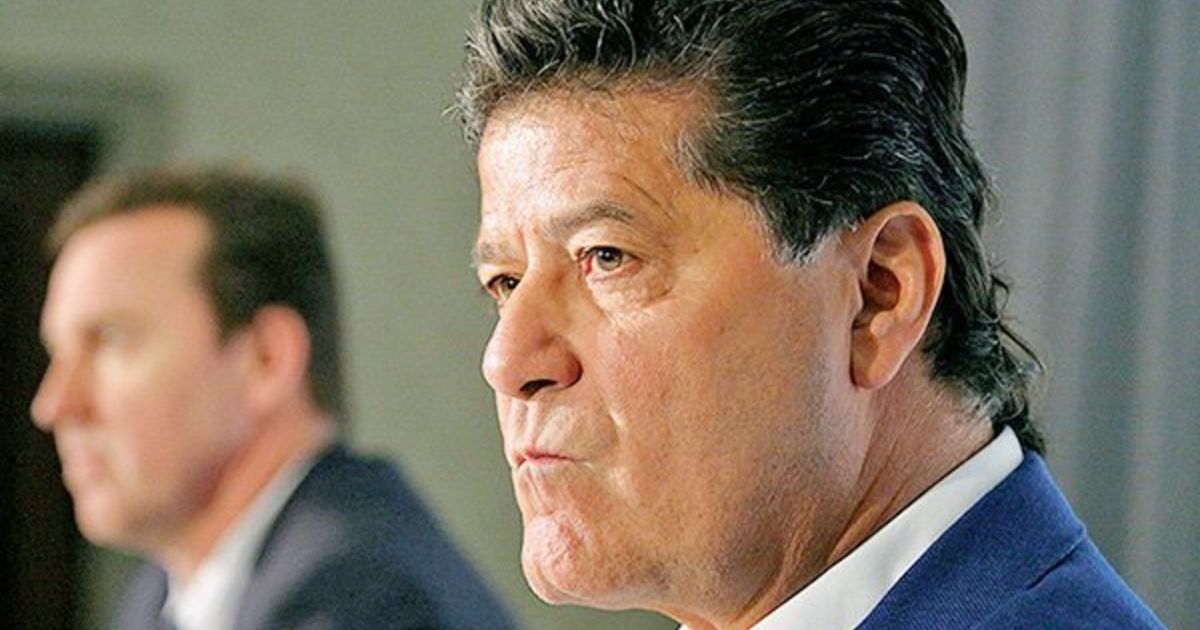 The Unifor national board has charged former president Jerry Dias with allegedly violating the union’s constitution and will hold a hearing before its board to weigh evidence, as the long-time union leader said Wednesday he has entered a residential rehabilitation facility.

Dias retired after 8 ½ years as Unifor president March 11, citing ongoing medical problems. He was already on leave from the union’s top job, having stepped away to deal with health issues Feb. 6.

On March 14, Unifor disclosed an ongoing “independent external investigation” into the former president for an alleged breach of its constitution. At the time, it shared no details about the nature of the allegation, but said the investigation started Jan. 26, with Dias being notified of it Jan. 29.

The union board met this week to discuss the probe and in a press conference Wednesday disclosed Dias allegedly accepted money from a supplier of COVID-19 rapid test kits that he, or staff under his direction, had promoted to various Unifor employers in December 2021 and January 2022.

Lana Payne, Unifor secretary-treasurer, said this determination was made on the “balance of probabilities” based on the external investigation, which Dias opted not to take part in.

Payne added the Unifor employee subsequently filed a complaint under the union’s code of ethics and delivered the funds to Payne herself.

In a statement addressed to union members, which did not directly address the allegations made against him, Dias said it has been “the honour of my life” to serve members and in his time as president he was “always guided” by Unifor’s constitution.

“Anyone who knows me, knows that my work with Unifor has been my reason for getting out of bed for nearly a decade. The union has been my whole life, born and bred.”

“It’s hard for me to say this, but my coping mechanism has been pain killers, sleeping pills and alcohol. These factors have impaired my judgement in recent months, and I owe it to our members to seek the treatment I need.”

Dias said on his physician’s advice he has been unable to participate in the investigation.

On Thursday he told Automotive News Canada he would be entering rehabilitation and making no further statements.

A union hearing into the alleged breach of Unifor’s constitution is expected to take place at the NEB’s next regular meeting in April, giving Dias the opportunity to defend himself. Payne said this timeline may need to be reviewed based on Dias’ health.

Despite his retirement, Dias remains a Unifor member, and the union could suspend or revoke his membership as a result of the hearing.

Currently, Payne added, the investigation has not turned up any evidence a similar alleged breach of the constitution occurring previously.

“We’re dealing with it as an isolated incident.”

Payne said the union was also following through on any obligations that could relate to a possible criminal case.

“Unifor considers this an internal matter, however, we are currently seeking legal advice regarding any legal obligations arising from these events.”