Nobody likes to see a wrecked supercar and looking at this particular Lamborghini Aventador SVJ Roadster is especially heartbreaking.

The Aventador SVJ Roadster in question was recently sold by Copart and is the same example that was destroyed by an out-of-control delivery truck last month. While it is unclear how much the supercar sold for, it clearly cannot be repaired and may only be used to salvage some parts. 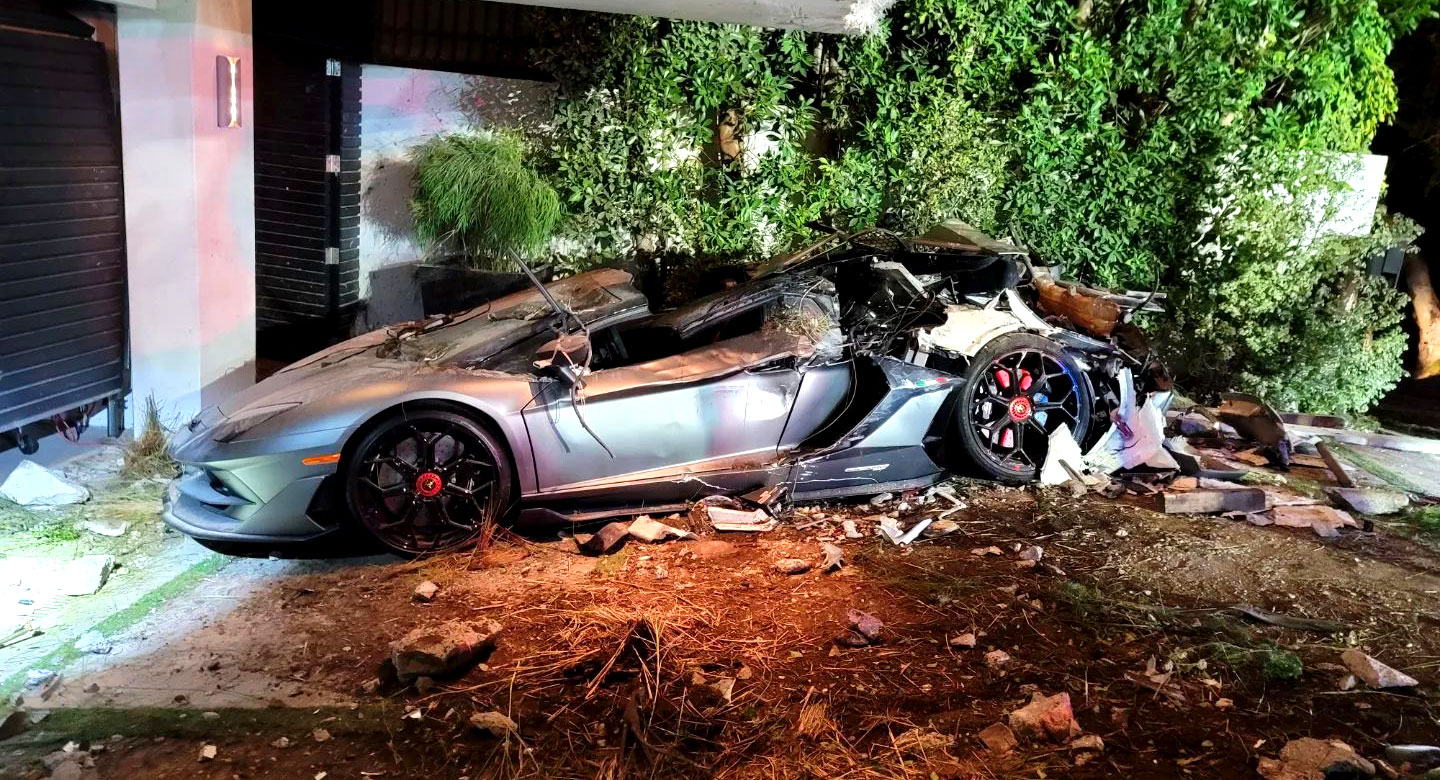 The life of this Lamborghini was cut short when a fully loaded box truck lost its brakes while driving through a Beverly Hills neighborhood. The Aventador was parked on the owner’s driveway at the time alongside a Bentley and both cars were hit directly by the truck. As these images show, the SVJ Roadster took a very hefty impact and was utterly destroyed.

While damage has been done to all areas of the supercar, the majority of the damage is found across the rear and the engine bay. While it is often possible to salvage engines and gearboxes from cars that have been wrecked in crashes, we suspect that the damage done to the powertrain of the Aventador is far too severe for it to be repairable.

Beyond the rear half of the car being mangled beyond belief, the Lamborghini’s windscreen has been shattered and some damage is also visible across the hood and front bumper.

It is hard to say what the future holds for this rare Aventador SVJ Roadster but it’s likely that many of the interior parts can be saved. One photo shows that the digital instrument cluster still works and reveals that the car had just 451 miles on the clock at the time of the crash.