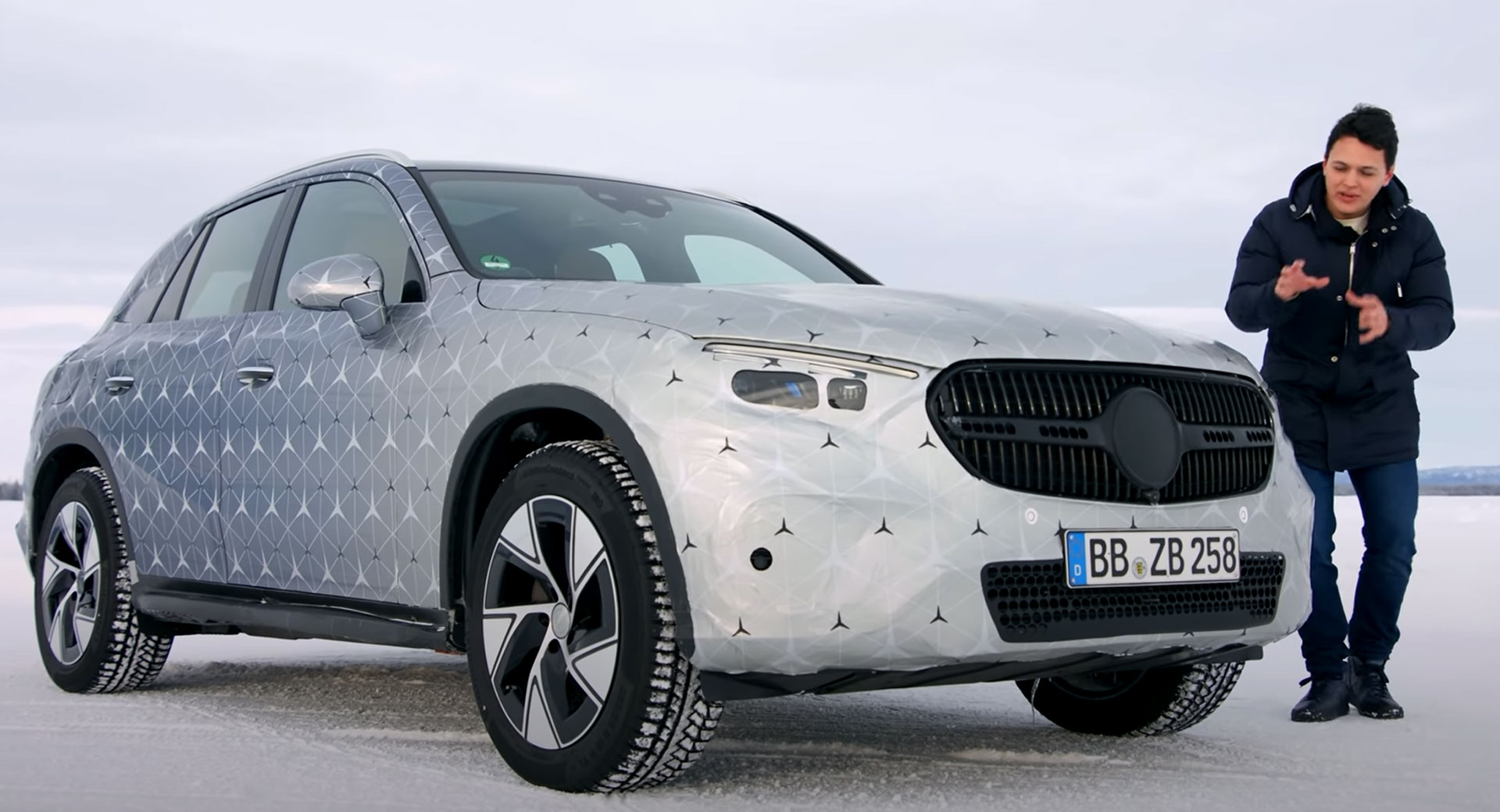 The 2023 Mercedes-Benz GLC has yet to be unveiled and already, one fortunate YouTuber has had the opportunity to drive a late pre-production prototype.

The YouTuber in question is MercBenzKing and the review took place in Northern Sweden, not far from the Arctic Circle. Mercedes will offer the new GLC in a plethora of different guises and this particular example is the GLC 300d variant with the AMG Line and the optional Airmatic suspension with four-wheel steering.

While all 2023 GLC prototypes are bathed in camouflage, it is obvious that the German automaker has made some key visual changes to the SUV. For example, the shape of the headlights has been revised and there is also a new single-bar front grille, sharing some of the styling details with the latest C-Class.

Mercedes-Benz has also repositioned the wing mirrors further back on the doors and the overall exterior styling looks cleaner with fewer body lines across the sides. The updates will continue at the rear with new taillights and some other changes that still remain under wraps.

The reviewer starts out by checking out the rear seats of the GLC while much of the dashboard was covered and hidden from view. He notes that there is slightly more legroom than the outgoing model, as well as improved headroom. In addition, Mercedes has given the a new panoramic glass roof with a slimmer central beam.

While driving the SUV on a frozen lake is quite different than driving it on a regular road, the reviewer is also to explore some of the driving dynamics of the car and at one stage, turns off the traction control to get it sideways and perform some huge drifts in the SUV. He also takes a look through the customizable graphics of the digital instrument cluster.