When you were young, you had a favorite stuffed animal. You loved it so much, you didn’t care if it was missing an eye, had stuffing falling out of its popped stitches, or if had more stains than a bib at a spaghetti buffet.

This 1956 Mercedes-Benz 300SL Gullwing was somebody’s favorite animal. Originally finished in resplendent DB 50 white paint over red leather interior, the first owner of this W198 is believed to be Hollywood assistant director Roger M. Andrews. Andrews was involved in many Western films at the time, as well as the 1948 Superman series and 1949 Batman and Robin series.

Hollywood real estate developer L. Milton Wolf purchased the car when Andrews passed away in 1958. He repainted the vehicle in red at some point, and proceeded to enjoy it for the majority of the 94,164 miles on the odometer. The Gullwing remained in Wolf’s family’s ownership even after he passed away in 1972.

In 2018, the vehicle was brought back to life by its third owner by getting the engine started and beginning to strip away the red paint, leading to the current condition and charming mismatched wheels. 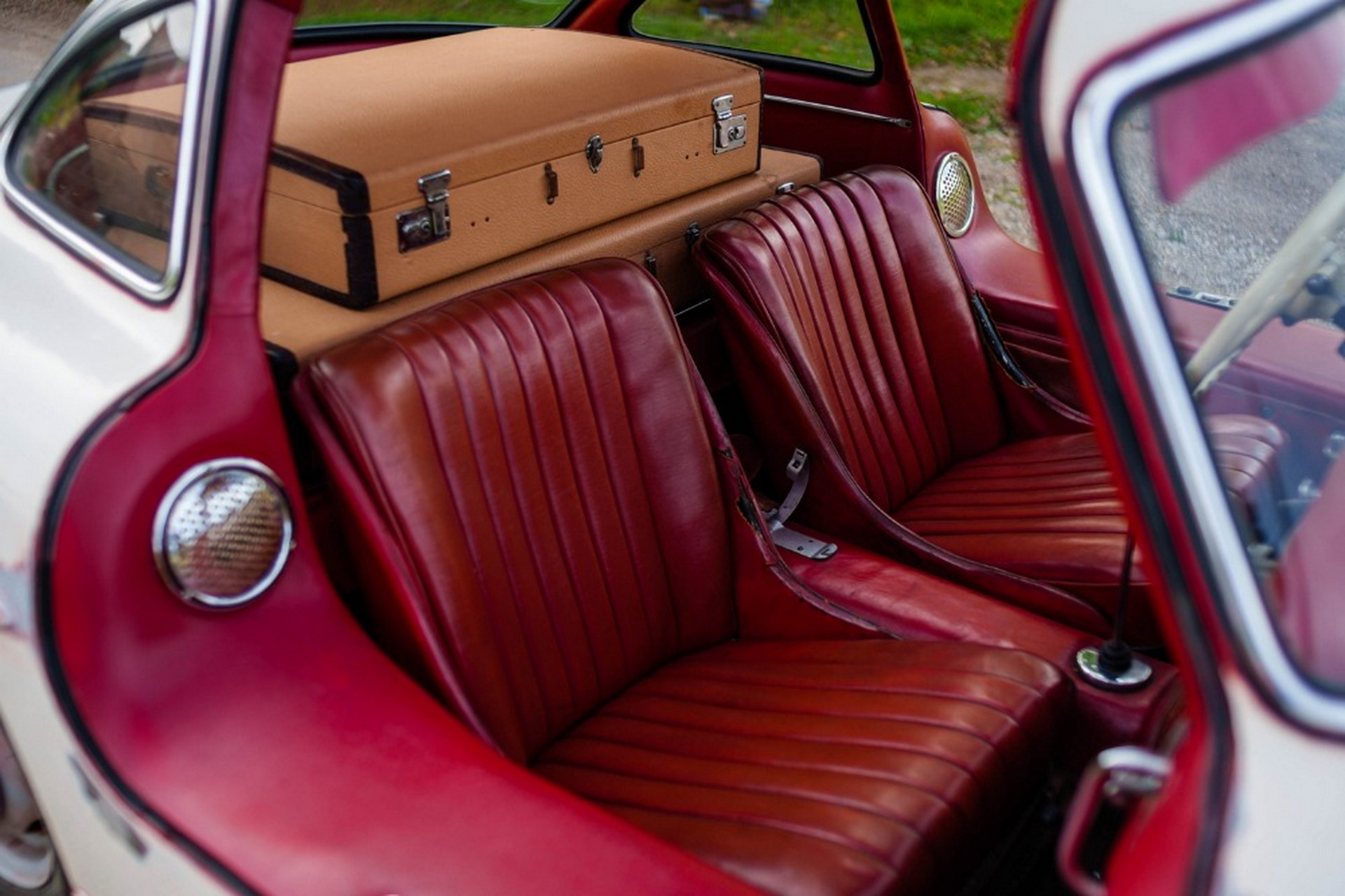 The exterior, while not in perfect condition, is structurally sound, thanks to being a resident of California its entire life. The car even comes with all original paperwork, tools, service receipts, original California black plate, and rare fitted luggage.

Inside, the red leather appears to be in fair shape, and would be a welcome office to do many hours of work inside, whether it be on the road, or admiring the Gullwing‘s exquisite details – such as the special-order Mexico-Becker radio.

This 300SL Gullwing is now for sale, fittingly, at Gullwing Motorcars. At $1,495,000, it’s still not a vehicle that you’re likely to take through the Taco Bell drive-through, but as a companion on a vintage rally or a Sunday cruise.

In a world of overrestored, 100+ point classics, it’s nice to see an original example that isn’t afraid to show its scars. We hope the new owner recognizes the character of this unrestored beauty and chooses to leave it be; after all, it earned it.