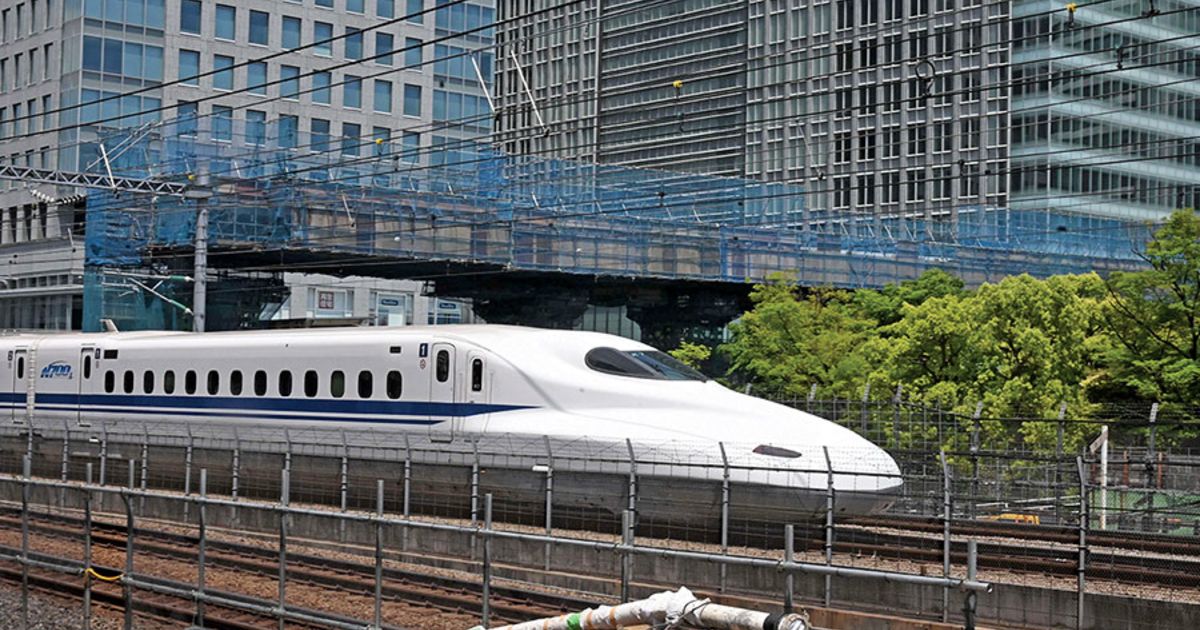 Andy Kunz knows what makes a city great. After all, he has degrees in fine arts and urban design and a background in landscape architecture and urban planning.

But it took a more whimsical, or you could say magical, experience during his childhood to draw him toward his passion, high-speed rail: It was the 1971 opening of Walt Disney World near Orlando.

“When Disney first opened, it was all about this future city, Epcot. It wasn’t an amusement park. It was going to be a future city with monorails and all this cool transportation,” Kunz said. “Here I am, a young kid totally sucked in by that, and all the Disney brochures had that little picture of the future city of Epcot on the back. And so I grew up with this super excitement about the future of monorails and all these cool trains that we were going to have.”

Over the years, Kunz has come to believe that great cities have great rail systems. In 2009, he founded the US High Speed Rail Association, an advocacy group working to advance fast rail in America. Its vision: a 17,000- mile national high-speed rail network.

Q: What is your mission at the US High Speed Rail Association?

A: We’ve been working since 2009, when we founded the association, to make the case for adding another mode of transportation to the American mix. And when you look around the world, these systems have existed for 50 years in Japan, 30 years in France and the rest of Europe and China, and they’ve all proven extremely successful. So we feel that America would stand to benefit in so many different ways by having this added to our current forms.

What exactly is high-speed rail? How does that compare with what might merely be fast rail?

That’s a good question, because there’s actually a lot of confusion about this in America. It’s basically a system that can go sustained speeds over 186 mph. So what that means is that it’s a completely separately built system with dedicated tracks that don’t have intersections with streets, that don’t have freight trains on them, that don’t have metro, other trains sharing in and out of the tracks. So it’s basically like an exclusive raceway that gets built so that these trains can zoom at very high speeds. And then that’s how you get the tremendous capacity. I mean, this system, a typical high-speed rail system, can carry like 20,000 people an hour.

What is your view of the current state of the U.S. transportation system?

How would rail complete the transportation landscape and perhaps alleviate congestion from other modes?

Twenty-thousand people per hour — that’s an enormous capacity, literally more than an airport and a highway combined. And so what that does is that will move the overloaded condition of both highways and aviation onto trains and then get the highways and the aviation down to manageable levels that you can get free-flowing movement.

There is an assumption that one barrier to high-speed rail is that Americans would prefer to drive, to have the freedom of the open road. Does that have any credence?

I don’t really think it has a lot of credence because there is no such thing as the “open road” — I mean, unless you’re out in the middle of Kansas somewhere, you know, on a Sunday afternoon. Every major metropolitan area in the country is highly congested all the time. I think Americans actually thought that they were getting the freedom that cars have promised. But most roads are so overloaded that that freedom doesn’t exist. It’s not the reality that people have to face every day. I think if the roads were more empty, the people would actually enjoy driving better than they do.

How much would it cost to build this in America, and how does that compare with building interstate highways?

Several studies recently have shown that it’s less than half the cost of building an equivalent highway with an equivalent capacity. And so the capacity comparisons we’ve actually heard is that a single high-speed rail system, which can carry 20,000 people an hour, it takes a 10-lane freeway to even come close to comparing to those volumes.

Why has Amtrak not lived up to the promise of rail as you’ve outlined it?

It’s kind of like asking someone who has an old beat-up car: “Why don’t you have a brand-new Escalade or something?” It all comes down to money.

If you look at what China has built: In 15 years they built 30,000 miles of all brand-new, state-of-the-art high-speed rail. It’s actually the most stunning project we’ve ever seen on Earth in our history. They did it by spending something like a trillion dollars. We have been investing like a billion dollars in Amtrak each year and expecting it to run a national service, a country with 3,000 miles across 50 different states.

I mean, it’s an absurd proposition to even think that Amtrak is going to be able to provide great service when they’re operating on nickels and pennies and with 40-year-old trains and 90-year-old tracks, for the most part. So if we invested hundreds of billions of dollars in Amtrak all these years, like France did in their rail system and Spain did in their rail system, in China and all these other countries, we would have something on par with what China has right now. But we haven’t. We’ve literally been ignoring rail and treating it like it’s something that we should be forgetting about, kind of stupidly when you think about, it as a nation.

But it’s hurt us economically. It’s hurt our economic development. It’s hurt our competitiveness. It’s hurt us climate-wise. It’s hurt us being dependent on foreign oil. I mean, it probably was not the smartest move we made, ignoring rail, and we’re glad to see that that’s finally changing because it just has so many potential benefits for this country that everyone — once we have a few of these lines up and running — is going to say, “Why did we take 50 years to get this?”

What did the recent federal infrastructure bill do for rail and high-speed rail?

It was actually the single largest investment in our history in rail. And it was a bipartisan vote. Republicans and Democrats together voted to do this to advance some new priorities in America and get us on some new thinking. $66 billion is a huge amount of money. It’s not enough to do what China is doing, obviously, when they spent a trillion, but $66 billion is literally $64 billion more than we’ve ever had for rail. So there’s going to be a lot of things that are going to get fixed with this. The New York tunnels that are on the verge of collapse will get fixed. California will advance another big segment out of this money. Several other projects will get [funded], so things will definitely move. We will see some big progress, literally for one of the first times in our history because we’re finally putting sizable enough money into it.

What is your favorite high-speed train?