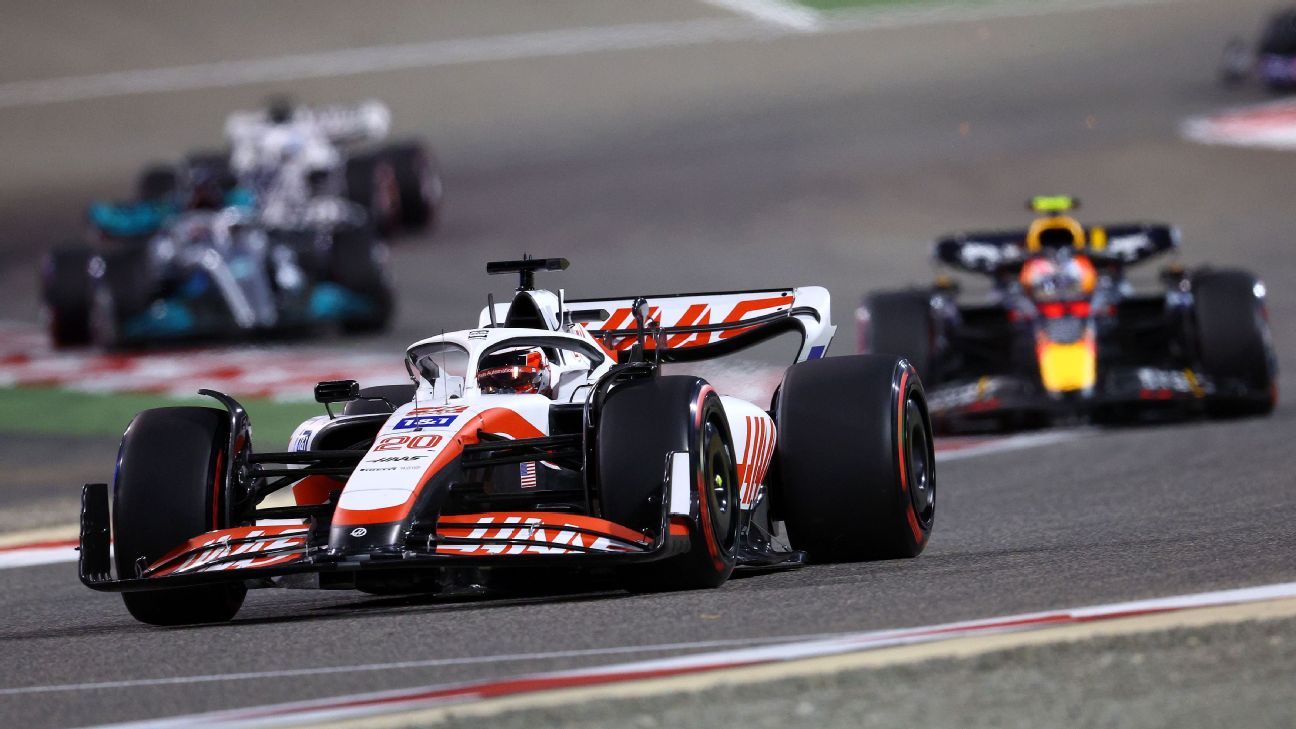 Haas boss Guenther Steiner said the U.S.-owned Formula One team’s return to form in the season-opening Bahrain Grand Prix could not have been scripted any better.

Kevin Magnussen finished fifth for the team at the Sakhir desert track on Sunday.

The result was the outfit’s highest finish since the Austrian Grand Prix in 2018, their best season in F1 yet.

It took them from last in the final standings of 2021 to third after this season’s opening weekend, behind only powerhouses Ferrari and Mercedes.

“If you think about the last two years and then coming back like this, you cannot write a story like this,” Steiner told Sky Sports F1.

“The guys on the racetrack the last two years, they had tough times but kept their head low. We can all be very proud. I’m proud of them.

Haas have endured a tough time over the last few years. They ended last season as the only team not to score a point.

More recently, they were caught up in the fallout of Russia’s invasion of Ukraine and were forced to sever ties with Russian racer Nikita Mazepin and his oligarch father’s potash-producing title sponsor Uralkali.

They then lost half a day’s running at the final pre-season test in Bahrain due to freight delays after the aircraft carrying their cargo, including their car, hit a technical snag.

But the performance of their 2022 car, into which the team had ploughed all of their resources, appears to have handed them the break they needed.

“A month ago it was a completely different scenario and now all of a sudden we are fifth.”

Magnussen, who joined the team in 2017 but was replaced for 2021 along with team mate Romain Grosjean in favour of an all-rookie line up of Mazepin and Mick Schumacher, was re-hired on the eve of the season to replace the sacked Russian.

“It was just a different story to in the past.”

Schumacher only just missed out on making it a double points finish for the team, although his 11th-place finish was a career best result for the son of seven time world champion Michael.

“From here on I think he’s hungry for points as well,” Steiner said.