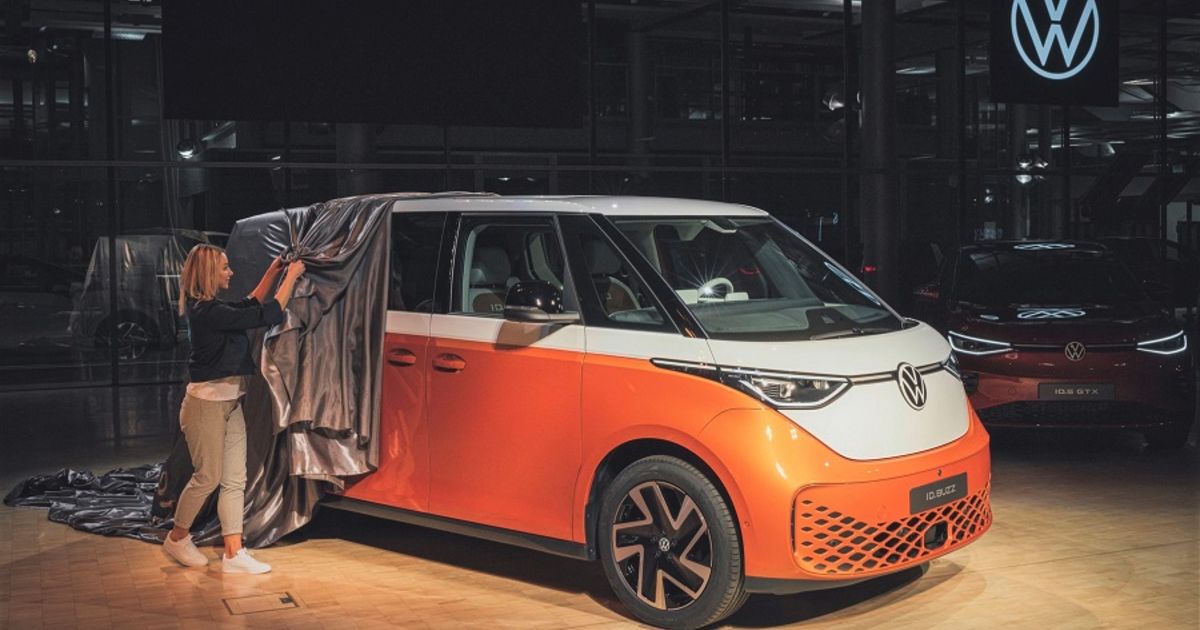 “We want to sell around 120,000 units a year,” Volkswagen Passenger Cars CEO Ralf Brandstaetter said during a livestream of the company’s fiscal and product outlook for 2022 and beyond.

The ID Buzz is the “most emotional ” member of VW’s ID family of battery-electric cars, and has what it takes to become a bestseller, Brandstaetter said.

The ID Buzz has styling elements that recall the Microbus, which become an icon of the 1960s Hippy era. Much attention has been paid to the van’s two-tone paint scheme, retro-futuristic design, and eco-conscious selection of materials on the interior.

“The ID Buzz has been incredibly well received in the U.S. where it’s even a bit of a cult figure,” Brandstaetter said.

The European versions will come to market with a 77-kWh battery which provides current to a 150-kW electric motor, which drives the rear axle. The drive system is based on VW’s Modular Electric Drive (MEB) platform.

The ID Buzz models were shown during an event livestream from Hamburg’s historic Speicherstadt warehouse district earlier this month.

The company is also testing ID Buzz prototypes with Level 4 autonomy — meaning the vehicles can drive themselves under certain conditions — to be ready for commercial transport of people and goods for 2025. The self-driving models would be used for ride-pooling and delivery services.

The ID Buzz and ID Buzz Cargo are being built at VW’s factory in Hanover, Germany, alongside the T6.1 Transporter and Caravelle, T7 Multivan and California camper van. An ID Buzz camper van called ID California is planned.

Technically, the ID Buzz is based on VW’s ID 4 electric crossover.