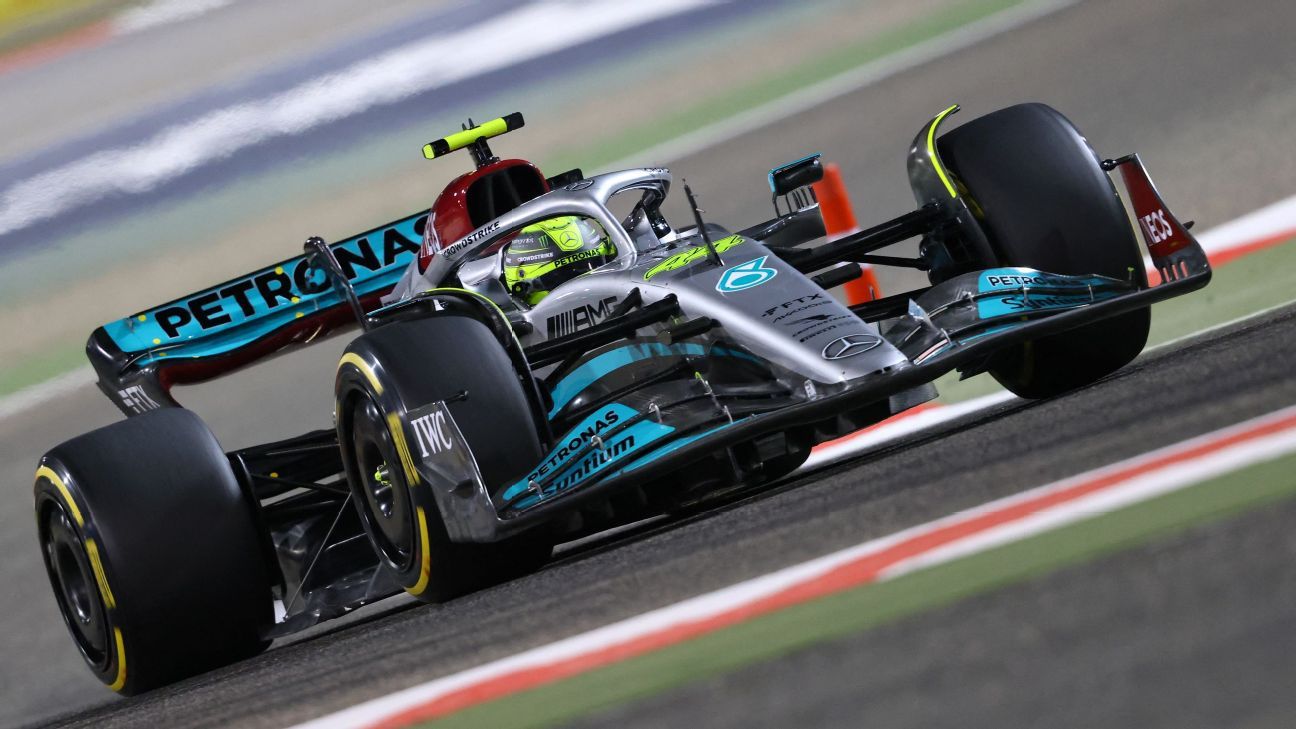 Mercedes looked a long way off the pace in practice for the Bahrain season-opener on Friday and seven times Formula One world champion Lewis Hamilton and new team mate George Russell saw no quick fix.

Hamilton was ninth in the second session at Sakhir, with Russell fourth. The pair were seventh and fourth respectively in the opening practice.

“It’s all about lap time and we’re certainly not where we want to be,” said Russell. “I think we’ve made a bit of progress solving some issues, but the pace just is not there at all at the moment.

“We’re both struggling a bit with the car and we’re a long way off the pace of Red Bull, Ferrari, even the likes of AlphaTauri. Alfa Romeo are seemingly on our pace or even quicker. So we’ve got a bit of work to do.

“We are truly throwing everything at it at the moment to try and unlock the potential we think is there. But we are just really struggling to tap into it and everything we try is maybe one step forward and two steps back.

“It is going to take time. We all hoped we could have solved it for this weekend but how things stand at the moment we aren’t in the fight.”

Hamilton said the problems Mercedes had experienced in the past at the start of a season were small in comparison.

“Everything we do to try and kind of fix it doesn’t really change that,” he said. “It appears that it is probably going to be a more longer term fix, so nothing in the short term.”

Mercedes’ trackside engineering director Andrew Shovlin told Sky Sports the team, who have won the constructors’ title for the past eight years, needed to unlock the real performance.

“On the single lap, we were (on a) one step softer tyre with the cars we’d like to compete with doing similar times so its pretty evident there’s something to do there … it does feel like we’ve got ground to catch up,” he said.