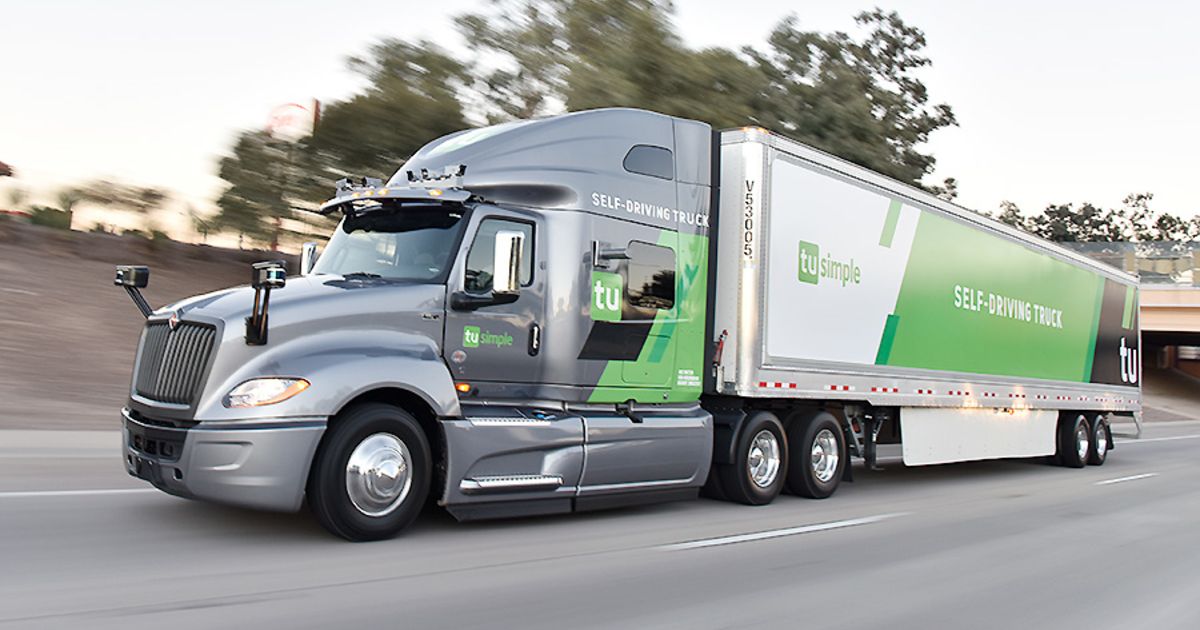 The decision comes after the startup reached an agreement with the U.S. government to restrict the China unit’s access to data due to U.S. security concerns.

TuSimple, which raised more than $1 billion through an initial public offering on Nasdaq last April, said in its annual report that it operates about 100 Level 4 autonomous semi-trucks — 75 in the United States and 25 in China — capable of running without human drivers on certain routes.

Shares in TuSimple surged more than 20 percent to $11.51 on Wednesday afternoon and finished at $11.65 when the market closed.

The company hopes to sell the China unit for up to $1 billion, and has approached several Chinese investors, including private equity firm Boyu Capital, in its search for potential buyers, according to one of three people who confirmed TuSimple’s plans to sell, but declined to be named as they were not authorized to speak to media.

The decision to sell the China business was the result of “tight regulations” in China and the U.S., said this person, adding the TuSimple business was expected to “grow independently” after resolving the security concerns.

When contacted by Reuters, TuSimple declined to comment on whether it had plans to sell its China division. Boyu and Sina did not respond to requests for comment.

TuSimple posted $732.7 million in losses last year, and said it had not “recognized a material amount of revenue” to date.

It has partnered with railroads and big package delivery firms such as DHL Worldwide Express and United Parcel Service Inc. in the U.S.

Regulators in China and the U.S. have put companies operating in both countries under sharper data security scrutiny in recent years.

Tighter cybersecurity laws in China have made it difficult for companies to transfer data collected there to another country.

While it appears highly unusual for a Chinese-promoted firm to sell up in China, there are several factors that could have swayed TuSimple’s decision to focus on the U.S. market.

Last month, TuSimple said it had entered into an agreement with the U.S. government to “limit access to certain data and adopt a technology control plan,” and that two directors representing Sun Dream Inc., a Sina affiliate, would leave when their term ends.

TuSimple revealed in its IPO prospectus last year that Sina’s investments in TuSimple had been put under review by the Committee on Foreign Investment in the U.S. (CFIUS).

TuSimple also said that it had agreed to periodically report to CFIUS through a government security committee to resolve U.S. authorities’ security concerns.

Failure to address such concerns would have resulted in the U.S. ordering Sina to divest its stake in TuSimple, according to TuSimple’s IPO prospectus.

Geo-political and economic tensions between Beijing and Washington have already resulted in a sharp slowdown in Chinese investments and fundraising in the U.S., with some Chinese firms also facing the prospect of being delisted by U.S. stock exchanges.

One source said TuSimple had decided to sell its China business as some U.S. states were more amenable to developing self-driving trucks for public roads and highways.

In December, TuSimple announced the completion of the world’s first trip by a fully autonomous semi-truck travelling at 80 miles on public roads in Arizona.