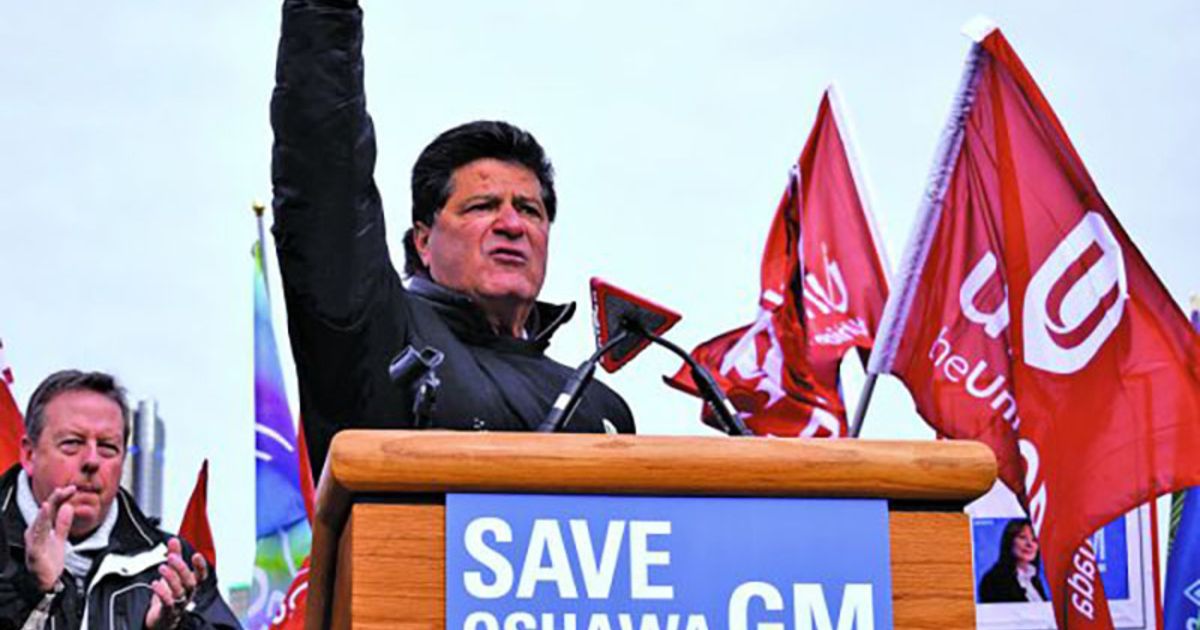 Dias, who retired March 11, was influential in securing billions of dollars of investments for the country’s assembly plants, helping to secure a Canadian manufacturing footprint that had been in danger of collapsing.

He loudly advocated for auto workers as a participant in North American trade talks during intense spats with automakers such as General Motors.

But the longtime labor leader has exited under a cloud of controversy that threatens to tarnish that legacy.

A day after announcing Dias’ sudden retirement because of health issues, Unifor said its former leader was under investigation for an alleged breach of the union’s constitution. The nature of the allegation is still unknown.

The union did not provide specifics, citing that the investigation was ongoing. Dias declined to comment to Automotive News.

Dias, 63, went on medical leave Feb. 6, 11 days after the union began an independent external investigation after receiving a written complaint. He had been expected to retire later in the year, following Unifor’s convention in August. He instead did so this month.

The controversy surrounding his retirement complicates a story of a long career in union politics and leading Canada’s largest private-sector union, which represents about 40,000 hourly auto workers.

Dias became the first national president of Unifor in 2013, after the Canadian Auto Workers merged with the Communications, Energy and Paperworkers Union of Canada. The union represents workers across a wide array of sectors, from media to aviation, with auto workers making up about 13 percent of total membership.

Despite its relatively small footprint in the union, the auto sector was a top priority for Dias throughout his tenure. Presenting himself publicly as a gruff, no-nonsense advocate for Canadian auto workers, Dias played key roles in several rounds of negotiations with GM, Ford and Fiat Chrysler Automobiles.

Dias was not afraid to squabble with corporations or politicians. But perhaps no fight was more intense than the one he picked with GM.

After years of tensions — including a strike at CAMI Assembly in Ingersoll, Ontario, in 2017 — things came to a head in late 2018, when GM said it would end vehicle production at Oshawa Assembly, east of Toronto.

The move enraged Dias, who accused GM of “waging war on Canada” and turning its back on longtime auto workers in Oshawa, considered the birthplace of the Canadian automotive industry. Dias spearheaded a cross-border media campaign designed to antagonize GM and pressure the automaker into reversing its decision. He also led a blockade of GM Canada’s headquarters, among other moves.

GM and Unifor ceased hostilities in 2019, when the two sides agreed to keep the plant open as a limited stamping operation for aftermarket parts that would keep a few hundred employees at work and leave open the possibility of new hires.

The move was criticized by much of the union membership and many media observers, but it paid off during 2020 negotiations with GM that resulted in an investment commitment of up to $1.3 billion in Oshawa and the resumption of pickup assembly there.

“That’s probably the agreement I made that I was criticized the most for,” Dias previously told Automotive News Canada. “But it was the one that will have the largest impact.”

The Oshawa saga illustrated that while Dias was unafraid to lob rhetorical bombs at companies, he could also be an effective negotiator, putting aside differences with executives to come to agreements. While his blunt demeanor could be off-putting to some, it also served as an asset, helping him connect with others.

It was also visible during 2016 bargaining efforts between Unifor and FCA. As negotiations between the union and the automaker dragged down to the final hours, all signs appeared to be pointing toward a strike.

But frank, last-minute talks between Dias and then-FCA CEO Sergio Marchionne led to a deal — no small feat considering how far apart the two sides had been. Marchionne had just a few years earlier said the company had “other options” to build vehicles outside Canada.

Both sides appreciated the other’s frankness.

“Sergio Marchionne isn’t a charm school graduate by any stretch of the imagination,” Dias told reporters in 2016. “So I appreciate his candid conversation — because, frankly, candor is how we have to operate in this business. There can’t be any room for misunderstandings or misinterpretations.”

Dias’ approach as Unifor president contrasted with his American counterparts at the UAW. Unlike many recent media-shy UAW presidents, Dias was a fixture in Canadian media, unafraid to use his bully pulpit to get his point across. And under his leadership, Unifor was generally regarded as the more aggressive of the two unions.

But there is now a parallel between Dias and the UAW, and it has the potential to alter his legacy: The UAW has been mired in a major corruption investigation in recent years, casting a dark cloud over the U.S. union and many of its past leaders.

Dias now is the subject of an investigation himself. As he departs a robust labor scene that he was influential in creating, it remains to be seen whether that cloud will determine how his leadership will be remembered, said Arthur Wheaton, director of labor studies at Cornell University’s School of Industrial and Labor Relations.

“There’s always a risk to your legacy,” Wheaton said. “If you step down earlier than planned, there’s always going to be rumor of why.”

But Wheaton cautioned union members to await the results of the investigation. Accusations sometimes don’t lead to anything substantial, he said.

“I don’t want to presume that Jerry Dias is guilty of anything because he certainly has earned the right for due process,” he said, adding that Dias’ legacy will be determined by his impact on members.

“Have they made gains at the bargaining table?” Wheaton asked. “Have they improved the standard of living? I think almost unilaterally across the board they have made improvements.”