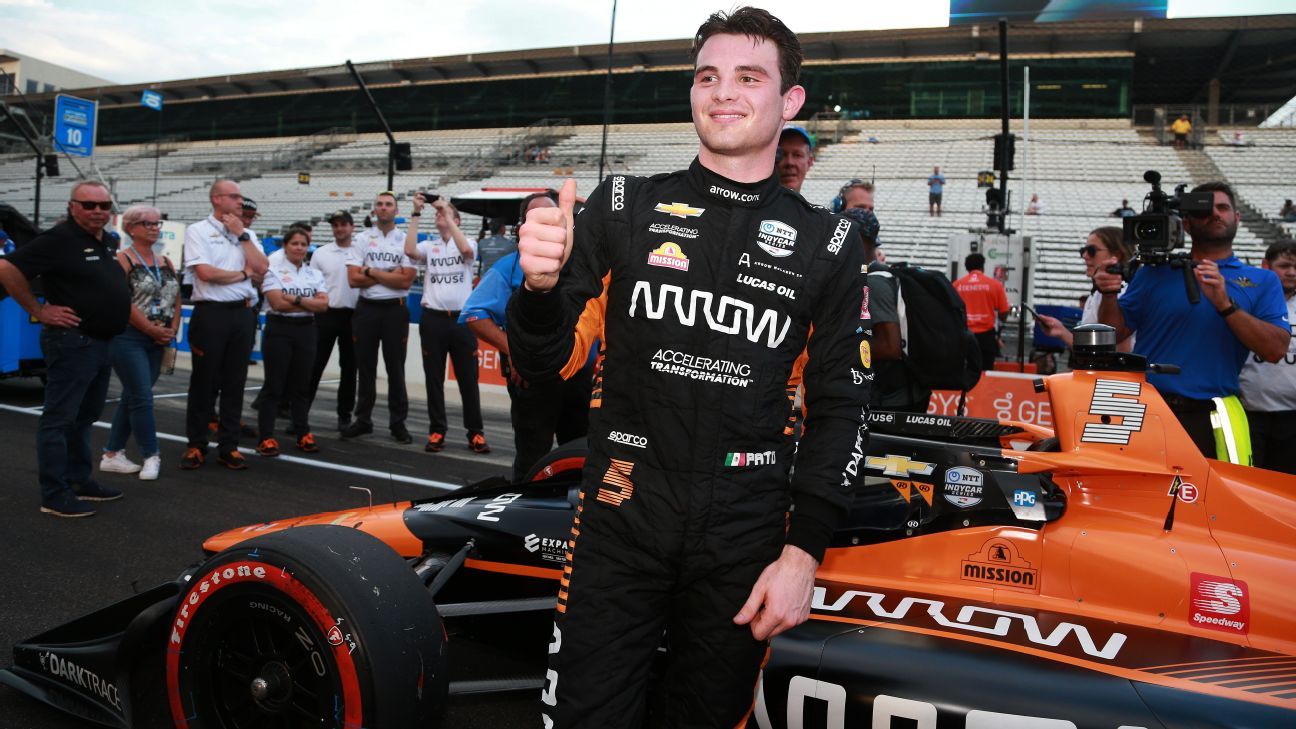 Pato O’Ward scored his first career IndyCar win a year ago at Texas Motor Speedway and was rewarded for it with a Formula One test with McLaren.

Now as he returns to his de facto home track for Sunday’s race, O’Ward’s bright future has suddenly become very cloudy. He’s got a contract with Arrow McLaren SP that runs through the 2024, but the young Mexican driver admitted he is actively scouring the job market.

“To be fairly honest with you, I’m fully focused in what I’m doing right now, which is driving and trying to do the best season that I can,” O’Ward told The Associated Press when asked Wednesday about his future. “My group of people is just scouting out what my future is going to look like. Yeah, that’s pretty much as much as I’ve got right now for you.”

O’Ward was vague when asked what had changed in the love affair between the 22-year-old driver and McLaren — “that’s a great question,” he said — but his sudden interest in the free agent market seems odd. The race at Texas on Sunday is just the second in a 17-race season in which O’Ward is expected to be a championship contender.

He’s been with McLaren since the team snagged him late in 2020 after Red Bull Racing released O’Ward from its junior driver program. The hiring was a steal for McLaren boss Zak Brown, who dumped popular veteran James Hinchcliffe to give O’Ward a seat with its IndyCar team.

In two full seasons, O’Ward has helped Arrow McLaren SP elevate its program to compete with IndyCar’s elite teams. O’Ward, who splits his time between Monterrey, Mexico, and San Antonio, last year won a pair of races and finished third in the championship standings.

But O’Ward openly covets an F1 ride and McLaren can ultimately get him into motorsports top series — yet the team last weekend signed American driver Colton Herta to its testing program. Herta and O’Ward are friends, former teammates and current rivals for the IndyCar championship.

And maybe now rivals for F1 seat time with McLaren.

Is that what has soured O’Ward on his current deal?

“I think we’re all going to have to wait and see what that answer is, to be honest with you. I don’t want to lie to you,” he said. “I don’t want to lie to everybody and say, ‘No, no, no,’ or, ‘Yes, yes, yes.’ We’ll see how things shape out. I think it’s too early in the season to truly see what’s happening.”

The signing of Herta did not move Herta ahead of O’Ward in McLaren’s testing program, and Brown said at the season-opening IndyCar race last month that he wants to evaluate several young drivers. He also said he would not use O’Ward in F1 at the detriment to the IndyCar program.

“What we won’t do is compromise the IndyCar team at all,” Brown said at St. Pete. “I would never take Pato out of IndyCar into F1 without having a great solution because IndyCar is as important as is Extreme as is Formula One. This is not a training ground for Formula One.”

Brown had promised O’Ward an F1 test when he won his first IndyCar race, and the Texas victory last May earned him a day in the car in Abu Dhabi last December. O’Ward doesn’t have a contract to do anything more with the F1 team, and McLaren has the right to match any offer O’Ward might receive from another team.

But there are no current IndyCar teams that offer a path to F1 and only a handful that consistently race for wins and championships. O’Ward said Wednesday he is unsure where he fits in the puzzle.

“I think anything could be a possibility. As of now, I’m not aware that I’m part of that,” he said of the McLaren test program. “I am currently under contract with McLaren. Just like anything, there are scenarios that I could stay where I’m at, or there could be scenarios where I could be in a different place.”

O’Ward can theoretically move to another team as early as next season should McLaren choose not to match any potential offers. But, McLaren could also hold him through his 2024 existing deal, and the team wants to extend his current contract.

Either way, O’Ward’s current posturing and unhappiness can’t be great for a potential run at the IndyCar title.

Taylor Kiel, president of the IndyCar team and O’Ward’s race day strategist, said Wednesday they will work through the conflict.

“Look, it’s a blip on the radar, in my opinion. We’ve already addressed any of the rumors or otherwise with the team internally,” Kiel said. “The external noise, everything that surrounds situations like this, it is what it is, it’s part of the sport. It’s on us to make sure we have our house in order, when news needs to come out, it comes out from us and we go from there.”