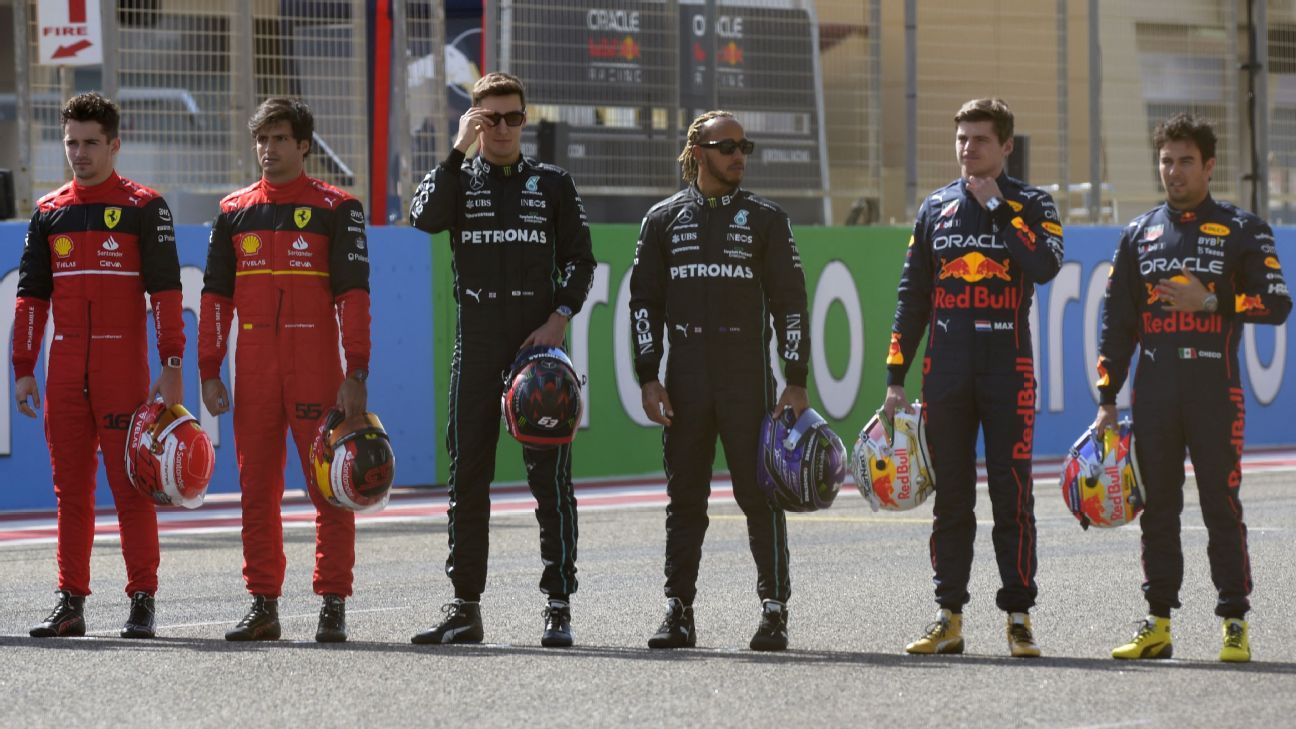 Struggling with who to support in Formula One this year? This is the guide for you.

In compiling this list, it’s difficult to remember another time Formula One had the depth of talent it does right now. There’s a combined 14 championships on the grid and five or six drivers who look more than capable of establishing themselves as F1’s biggest star in the next few seasons.

There’s plenty of candidates for your favourite team or driver in 2022. Here we run down all of them.

The season begins with the Bahrain Grand Prix on March 20, live on ESPN (10.55AM Eastern Time).

Mercedes is the benchmark against which success is measured in F1 right now. Sometimes it’s easier to root against the dominant force but Mercedes have made winning races an art form since 2014 and it is genuinely remarkable how it has continued to raise its own bar in that time. If Mercedes stays on top or remains competitive through another big rule change (it did the same thing in 2018) there would be no denying that this is the greatest F1 dynasty we’ve ever seen.

Fans of Lewis Hamilton have seen him rewrite F1’s history books again and again in recent years and he goes into this year trying to win an unprecedented eighth championship. He was controversially denied that record last year and comes into this season with a score to settle, which is often when he races at his absolute best (see last year’s Brazilian Grand Prix).

Hamilton, knighted by Queen Elizabeth II in December, is a spectacular racing driver. He’s amazingly fast, while his smart race craft and brilliant tyre management often open up strategy options for Mercedes that would not exist for most other drivers. As a bonus, his legacy will not just be defined on the race track. Hamilton, the only Black driver in the sport’s 72-year history, has become a real force for social change worldwide, pumping millions of his own money into improving diversity in Formula One.

After years of waiting patiently for his chance, the time is now for George Russell. We saw how good he might be when he was one botched pit-stop away from winning as Lewis Hamilton’s stand-in at the 2020 Sakhir Grand Prix and many in the paddock think Russell is a Formula One megastar in the making. If he lives up to expectations Russell will be the future of Mercedes’ F1 project for a long time.

This year Russell races alongside one of the best of all time and he could lay a marker down immediately by beating Hamilton across the season. Famously, Hamilton announced his arrival on the scene by doing the same to reigning two-time champion Fernando Alonso at McLaren in 2007. Could history repeat itself in 2022?

Red Bull is one of the best teams of the modern era on and off the race track, a perfect blend of racing pedigree and top level marketing. Whether it’s the giant floating motorhome it brings to the Monte Carlo harbour for the Monaco Grand Prix, conducting a pit-stop at zero-gravity at an altitude of 10,000 metres, or letting Max Verstappen drive one of his cars down a ski slope, you can always count on Red Bull to do something completely different to the rest.

On track, it also happens to be consistently one of the grid’s strongest teams, with chief car designer Adrian Newey still as revered now as he was 15 years ago. Its driver programme remains the best producer of young F1 talent on the grid by a comfortable distance.

Max Verstappen, F1’s defending champion, has changed the game since his debut in 2015, not just as F1’s youngest race winner, but in completely reshaping the sport’s rules of wheel to wheel racing. His approach is controversial to some but Verstappen can do things with a car few others can match. Like Ayrton Senna, his refusal to give up a corner when going wheel to wheel with another driver has earned him a legion of support – a motorsport survey of 167,000 fans conducted last year named Verstappen F1’s most popular driver.

Most amazingly with Verstappen is how unaffected he is by the adulation and pressure which surrounds him. His pace can be relentless, almost metronomic, such as his untouchable performance at last year’s Dutch Grand Prix, the first ever in his home country since 1985. Verstappen seemed to be the only person in Zandvoort who didn’t see what all the fuss was about.

Sergio Perez always seemed like he was going to be one of F1’s unfulfilled talents when he was stuck as a midfield driver who regularly out-performed his cars for the odd podium here and there. Then he won in Bahrain last year and moved to Red Bull, presenting the opportunity of a lifetime. It was difficult to argue he didn’t deserve the opportunity.

Perez’s level of support in Mexico borderlines on religious worship and as a racing driver he remains one of F1’s most popular. His style is hard to dislike and at the races he could tame the RB17 Red Bull last year he was really good — he should be even more comfortable at the team this season. Perez also showed his value to Red Bull at the Abu Dhabi Grand Prix last year, earning himself the nickname of Mexico’s Minister of Defence for the way he held off Hamilton at a key point in the race.

How can you not love Ferrari? The Italian team is steeped in history, having been part of every F1 season since the world championship started in 1950, but is entering its 14th straight season without a title. Over the past few years Ferrari’s habit of falling short of expectations and underwhelming racing fans across the globe has felt like a rather cruel joke. This could be the year that all changes, which is enough of a reason to root for the Prancing Horse in 2022.

Charles Leclerc was on his way to becoming an superstar in 2019 as a multiple race winner before Ferrari got into trouble with the FIA over its engine and slid down the competitive order in 2020 and 2021. But Leclerc’s remarkable talent is impossible to deny. He claimed pole position at the Monaco Grand Prix last year but a crash at the end of qualifying ultimately stopped him from winning his home race.

Leclerc is a special talent, who has won at every level of racing he’s been at and who almost everyone in the F1 paddock earmarked as a future world champion from the first moment he stepped through its gates.

Somehow, Carlos Sainz still feels like an undervalued and underappreciated talent. He’s one of many motor racing stars who have struggled to break out of the shadow of a famous racing surname. Rejected by Red Bull before stints at Renault and McLaren, last year at Ferrari finally felt like a proper breakout for the Spanish driver and he is chasing that first F1 win this season.

But why stop there? He out-performed Leclerc, an established top tier driver, across last season. Leclerc seems like Mr Ferrari and the more logical pick for ‘Ferrari driver who could be champion in 2022’, but Sainz thrives best when he is being written off. If you want to root for the underdog, Sainz is your man.