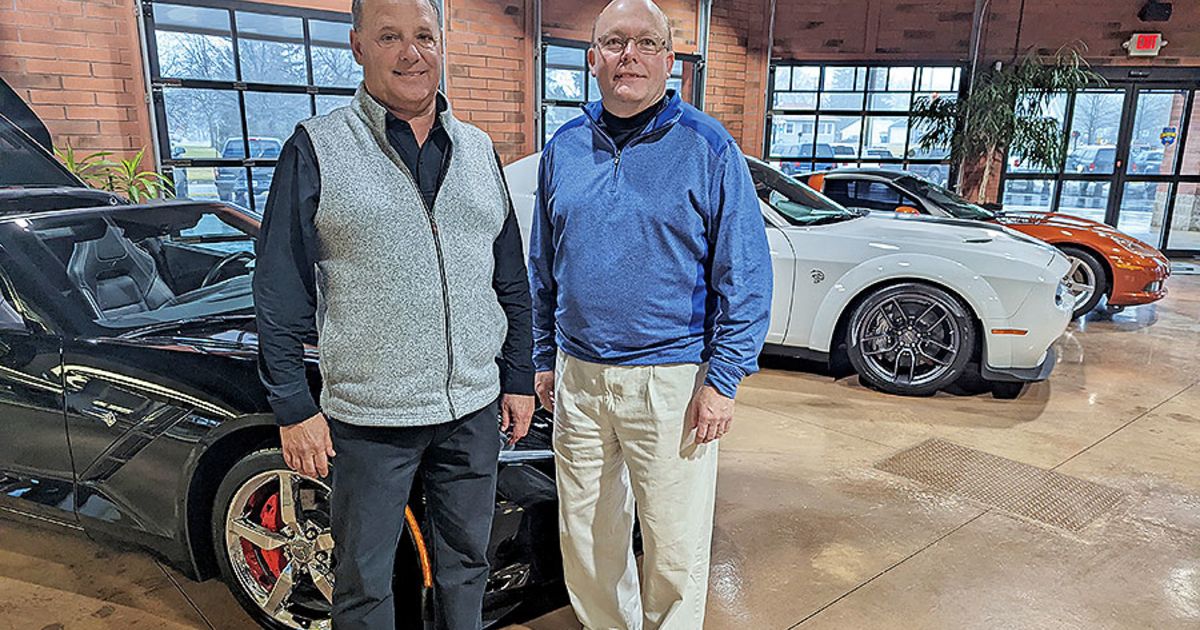 SYLVANIA, Ohio — Joe Mehling minces no words in describing the effect of his desperate decision last year to turn to an old marketing standby and employ it in a completely unfamiliar way.

“There’s no doubt about it,” explains the man whose been executive general manager of family-owned Dave White Chevrolet, just a mile south of the Ohio-Michigan border, since 2006: “It’s saved our ass.”

The “it” to which Mehling is referring is local radio advertising, something Dave White Chevrolet has used nearly nonstop to drum up business for almost all of its 70-year-plus history. But unlike all of those previous decades, the local radio ad campaign right now isn’t touting lease deals or the latest new-vehicle purchase specials — it’s focused completely on bringing listeners in to sell their vehicles.

Not trade them in — sell them.

“We started it in August or September,” Mehling said, when the dealership’s new- and used-vehicle inventories were at historic lows. “We had to do something, and it made no sense for us to advertise cars that we didn’t have. We were still doing all of the digital advertising, all of the Internet advertising, but we came up with the plan to put out a radio ad campaign that would let people know that we will actively buy your car from you. Bring it in, we’ll appraise it. It’s no hassle. If you have a balance, we’ll pay the bank off, and we’ll give you a check for the difference.”

The results? Nothing short of spectacular, no matter how you tally them up, Mehling said. The dealership has bought an average of 40 used vehicles per month from private sellers brought in by the $7,500-per-month radio campaign since it started. Resulting in an average profit of $5,000 per vehicle when they’re sold, the strategy has netted at least $1.1 million in additional profits to the dealership just since last fall, Mehling said.

Plus, the dealership’s used-vehicle inventory — which had shrunk to just 65 vehicles when the emergency radio campaign began — sat mid-February at a relatively robust 135, and is chock-full of vehicles that would be out of reach had they gone through an auction lane.

“I could not have touched some of these vehicles at an auction right now,” says Joe Matthews, the dealership’s buyer and inventory manager, who has been at Dave White Chevrolet for 18 years.

“I’m online, trying to buy cars like every other dealer, and the prices at the auction are just silly. Plus then you’ve got the auction fees on top of that, and those auction fees are just money that we’re giving away that we could have had for the store. But because of this, we’re now at a [pre-owned] inventory level that we haven’t seen in 18 months.”

Other dealers have, of course, pivoted some or all of their local advertising from selling to buying vehicles, with varying degrees of success. One dealer in Texas told Automotive News this month that he began running “buy” ads a year ago, and now buys up to 100 used vehicles per month from private sellers.

The secret to Dave White Chevrolet’s strategy lies not only in the radio ads, but how Matthews and other dealership personnel pursue leads that come in as a result.

“We work them just like we would a buy lead,” Mehling explained. “The people that respond to the ad phone into our [business development center], and we handle it just as though they were calling about buying a car. We respond quickly. We do a personal reach-out. We try to develop a relationship to get them through the door so we can take a look. And more often than not, they go home with a check.”

The dealership has gone from buying 5 to 10 percent of its used-vehicle inventory off the street two years ago to now regularly buying 25 to 30 percent each month from private owners, Matthews said.

It hasn’t always been confined to transactions at the dealership. Matthews said he has gone out to visit some of his selling customers at their homes to inspect the vehicles they want to part with, especially if the prize at the end of the transaction is something of high value.

Dave White’s separate used-vehicle showroom — an adjacent former produce market that the dealership purchased and converted into a pre-owned center a decade ago — showed some of the fruits of those labors in mid-February: three Chevrolet Corvettes, a Mazda MX-5 Miata convertible and a Dodge Challenger Hellcat, all in pristine shape. The dealership averages between 75 and 100 pre-owned sales per month.

Mehling said that buying inventory off the street has helped the dealership in other ways as well, allowing its service and detailing departments to generate internal revenue as the vehicles are reconditioned for sale. The better inventory has also cut back the number of vehicles the dealership wholesales, he said.

“We still have to compete with the Vrooms and the Carvanas of the world, so [Matthews] has been very aggressive. I can count maybe three or four times over this whole period where we haven’t been able to compete with them and lost a deal because of it,” Mehling said. “But the nice thing is, the customer gets our check on the spot. It’s that instant gratification.”