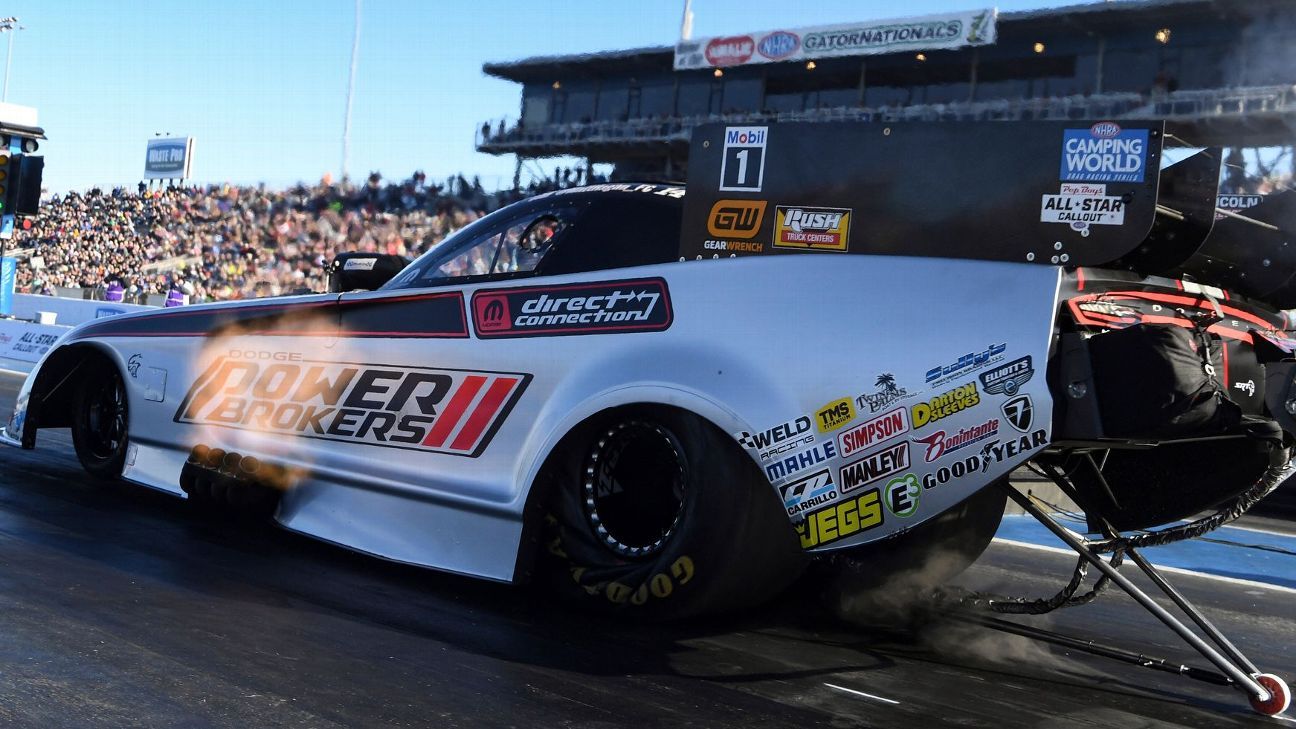 In the final round, Hagan powered his Dodge Charger Hellcat SRT to a run of 3.910-seconds at 330.96 mph to beat Blake Alexander for his 40th career victory and first in three races this year with Tony Stewart Racing.

Hagan joined the first-year Tony Stewart Racing team in the offseason and the Virginia driver has a No. 1 qualifier and a pair of final rounds for the Stewart-owned team.

“This is pretty badass, especially at the Gatornationals,” Stewart said. “We’ve got two awesome race teams that work their butts off. I’m really proud of all these guys.”

Tatum raced to a first career win a day after picking up his first career No. 1 qualifier, knocking off Doug Foley with a 3.700 at 330.31 in the final round.

Glenn picked up his fourth career win, beating teammate Kyle Koretsky with a 6.486 at 210.21 in as Camar.

Stoffer finished off a record-breaking day with her 11th career win, going 6.7000 at 200.77 on her Suzuki in the first race of the year in the category. She made the quickest run in class history earlier in the day, going 6.665.