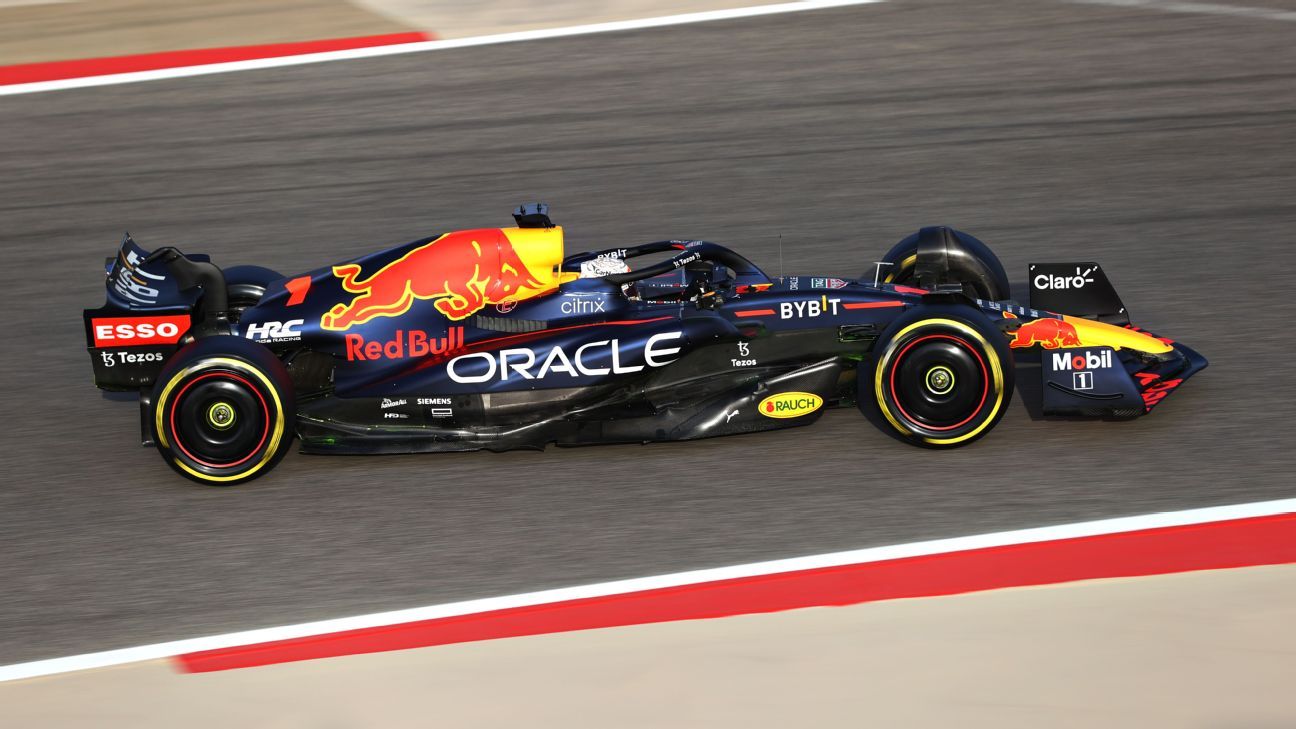 SAKHIR, Bahrain – Reigning world champion Max Verstappen sent a signal of intent to his rivals on the final day of preseason testing by setting the fastest lap time of the week by over half a second.

Red Bull brought a significant upgrade package to its RB18 car for the final day of the test on Saturday, and in the evening Verstappen started to explore its potential.

As the sun set over the Bahrain International Circuit, the Dutch driver upped his pace incrementally as he cycled through Pirelli’s softest tyre compounds, lowering his lap time to a 1:31.720 on the C5 compound under the floodlights.

Verstappen’s best effort was 0.695s faster than any other driver during the test, with Ferrari’s Charles Leclerc coming closest with a 1:32.415 on the slightly harder C4 compound tyre.

Test times are not always an indicator of true performance ahead of a new Formula One season, but at this stage Red Bull and Ferrari are the clear favourites for victory at the opening round in Bahrain next weekend.

Reigning constructors’ champions Mercedes were off the pace of their rivals throughout the test, with Lewis Hamilton and his new teammate George Russell struggling to extract the full performance of the team’s latest upgrade.

Russell set the team’s fastest lap of the test on Saturday evening, but it was 1.039s off Verstappen using the same tyre compound. It was also slower than Alpine’s Fernando Alonso, who set the third fastest time, 0.978s off Verstappen, using the C4 compound.

Former Mercedes driver Valtteri Bottas was fifth fastest, but his Alfa Romeo came to a halt at the side of the track shortly after he set a 1:32.285 on the C3 compound tyre. Alfa Romeo had a difficult first test in Spain with numerous reliability issues, but Bottas’ time on a relatively hard compound gave some cause for hope at the end of a much more promising second test for the team.

Eighteen of F1’s 20 drivers took part in the final day of testing as all but two teams swapped between their drivers during the day. The only drivers to miss out were Alpine’s Esteban Ocon, who completed a full day of testing on Friday, and McLaren’s Daniel Ricciardo, who tested positive with Covid-19 earlier in the week and is isolating at his hotel until next weekend’s race.

At the time of writing, Mick Schumacher was still on track in the Haas making use of an extended period of test time for the American team. A delay in the Haas’ freight arriving in Bahrain resulted in the team missing Thursday morning’s session, so it was agreed among all ten teams that it would be granted an extra hour at the end of Friday’s running plus one hour ahead of the start of Saturday’s test and a further two hours after the chequered flag.

Schumacher was eighth fastest when the test came to an end for the other nine teams.