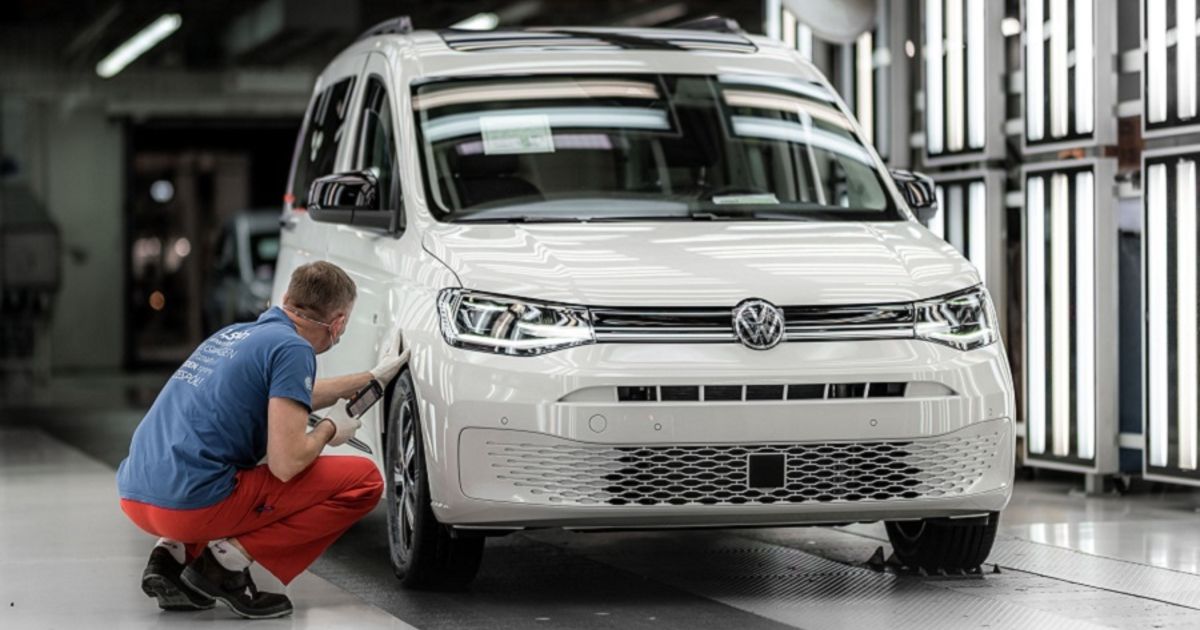 The conflict in Ukraine has worsened supply snags and is also pushing up prices for materials like nickel or palladium, which will put more pressure on the car sector worldwide. The surge in energy costs is also seeping into supply chains.

The pain will be felt especially hard in central Europe, where the sector plays an important role and some disruptions are already seen since Russia invaded Ukraine on Feb. 24.

Volkswagen has temporarily suspended production at two plants in Poland.

Another VW Group unit, Skoda, which is the Czech Republic’s biggest exporter, has stopped production of its Enayaq electric SUV and warned that other models’ production was also at risk due to the unavailability of key wiring harnesses from Ukraine.

Production interruptions will take a toll, with the Czech car industry accounting for roughly a quarter of industrial output and exports. In Hungary, the car sector accounts for 28 percent of industrial exports.

Deutsche Bank strategist Christian Wietoska estimated in a March 11 note that every week of complete car production disruptions — something seen when factories shut at the outset of the coronavirus pandemic in 2020 — subtracted around 0.1 percentage points from gross domestic product in the Czech Republic or Hungary, more than in Poland or Romania.

“This year could be tough for the Czech economy, at least the first half of it, and the automotive sector will be one of the most negative sectors,” he said.

The region’s economies posted robust recoveries in 2021, but have faced headwinds this year from high inflation that was starting to cool growth.

While analysts say forecasts on the total impact on the car sector are still tough to gauge with uncertainties high, signs are clear the conflict will hurt economies as industrial production is impacted and even higher inflation dampens consumer spending or company investment.

Czech National Bank Governor Jiri Rusnok told Czech Radio on March 9 that “undoubtedly” there would be a slowdown. The bank has previously forecast a 3 percent GDP rise this year compared with 3.3 percent in 2021.

The newest shock comes after two lean years for central Europe’s car sector, first with factory shutdowns in 2020. Global chip shortages have held back production since last year, with the Czech sector producing up to 300,000 fewer cars than planned last year because of it.

Czech industry body AutoSAP said this week a third of Czech companies already report a lack of materials or components due to the Ukraine conflict.

It had previously forecast a return to growth this year, but AutoSAP executive director Zdenek Petzl said reaching 2021 production levels of 1.1 million cars would be a success.

“The impact will be huge,” he told Reuters. “It is amazing that companies survived the storm of the last two years. But now it is questionable what will happen.”

In Romania, the economy minister has set up a task force to prepare for fallout in key industrial segments, like the car sector which is facing supply squeezes for some parts.

Peter Virovacz, an economist with ING in Budapest, said Hungarian output declines may only be half of those seen in 2020, but recovery would be much slower.

“The car sector will not be in a position to boost economic growth to the extent we would have seen without the war,” he said.