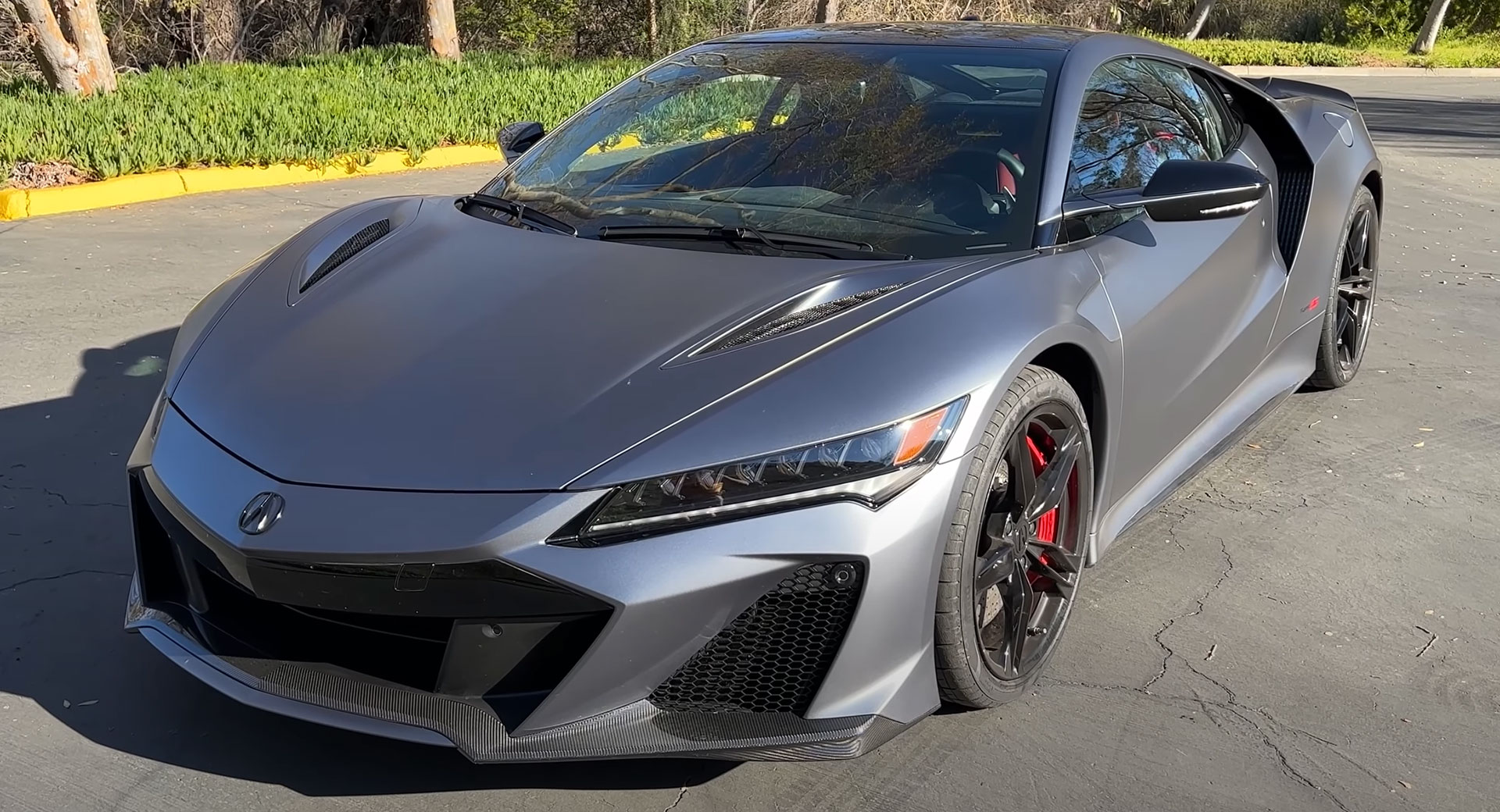 The current Acura NSX may not have revolutionized the supercar industry in the same way that its predecessor did but it remains a very good car, as Doug DeMuro recently discovered when testing out the new Type S variant.

The veteran car reviewer first tested the Acura NSX back in May 2017 and at the time, was very impressed with what he found, even though many other reviews of the car from that time weren’t so positive. In the five years since, sales of the NSX never really took off and the automaker has only ended up building around 3,000 examples.

Read More: 2022 Acura NSX Type S Is A 600HP Special That Promises To Be The Fastest And Best-Handling NSX Ever

To send the NSX off in style, Acura introduced the Type S variant last year. It will be capped at just 350 units worldwide, of which 300 will be reserved for the U.S. market. A number of important changes have been made to the car, including alterations to the twin-turbocharged 3.5-liter V6 and three electric motors, resulting in 600 hp and 492 lb-ft (667 Nm) of torque.

Sure, in the crazy world we live in where cars like the 668 hp Cadillac CT5-V Blackwing and 818 hp Ferrari 296 GTB exist, those figures may not seem all that impressive. However, that doesn’t change the fact that the NSX is exceptionally quick, capable of hitting 60 mph (96 km/h) in just 2.7 seconds.

DeMuro is left seriously impressed with the NSX Type S. He acknowledges that it doesn’t handle on the limit quite as well as the likes of the Lamborghini Huracan, Ferrari F8 Tributo, and new Maserati MC20 but it is cheaper than those cars. In fact, the NSX Type S is available from $171,495, whereas an F8 Tributo starts at roughly $280,000 and that figure can soar to $350,000 with a few options.