The launch of the latest installment in the Gran Turismo series on Friday has led to much excitement in the sim racing world. Noted for feeling a little truer to life than its predecessor, one player decided to see how real it felt for themselves.

YouTuber Will L decided to create a rough approximation of his own Mk7 GTI in Gran Turismo 7 through the game’s tuning shop. By adding “Sport Hard Tires,” “Sport Brake Pads,” and “Adjustable Suspension,” he was able to fairly closely mimic his own car, which has Nexen tires, Brembo 4-piston brakes, and a BBK suspension. Both make approximately 250 hp (186 kW/253 PS), according to the video, which is a little more than the car came with from the factory.

With a helmet cam, he’s able to recreate the shot from the in-car camera angle from the game and simply lets it run for a 1:46.24 lap of Laguna Seca in both cars. Although it has been noted that, as a rule, people set faster times in a game than they do in real life because of a number of factors, the game holds up pretty well. 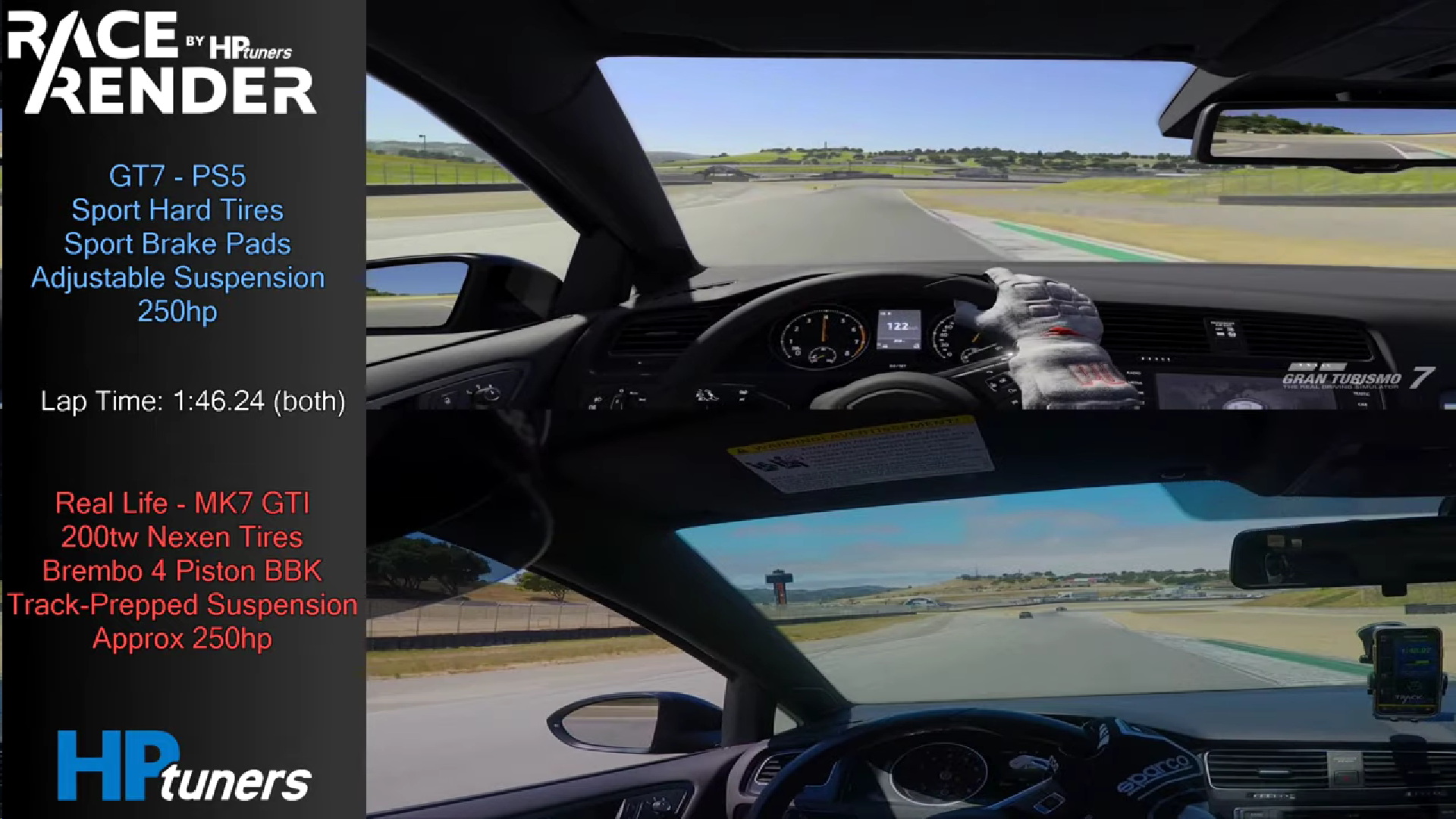 The driver is able to take similar lines for both the real and simulated laps and, from a visual standpoint, Gran Turismo 7 does an impressive job of recreating the experience of lapping Laguna Seca in a Golf GTI.

There are, of course, a few small differences. I confess to not knowing enough about lenses to fully understand why this is, but the real lap just looks faster than the GT7 lap. Although each segment of track is covered in a nearly identical amount of time, the scenery just seems to be moving past the real camera faster than it is in the simulation.

I also noticed that the driver moves the steering wheel less in real life than he does in the game. The wheel gets less lock and fewer corrections through corners, which is something I’ve noticed in other videos, too. Drivers simply have to move the wheel more in the game than they do in real life.

Of course, it’s a video game so certain decisions must be made in an attempt to recreate an experience while using fewer senses. That means that the simulation will never really be 1:1. It remains, however, an impressive look into Gran Turismo 7‘s ability to recreate something like the experience of driving a real car around a real track.