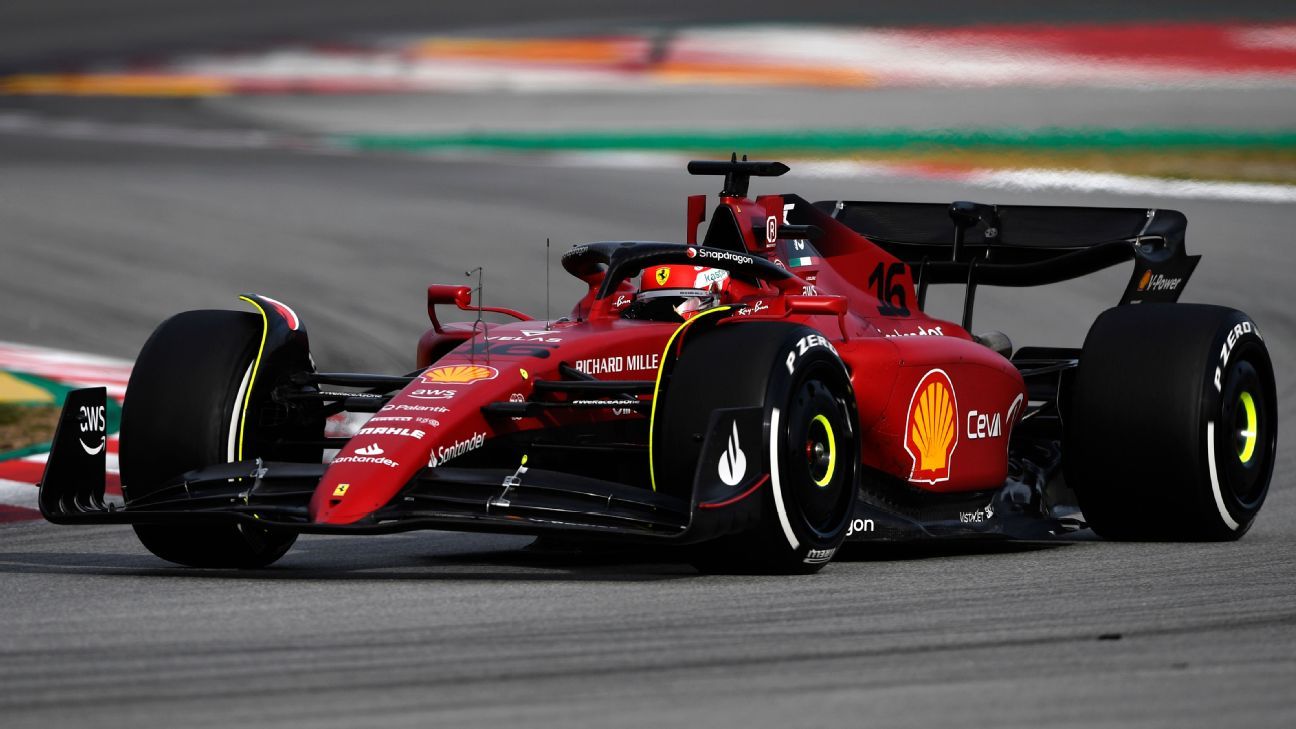 Ferrari driver Charles Leclerc compared the “porpoising” sensation in new Formula One cars to turbulence on a plane and said it made him feel ill in the opening preseason test.

F1’s new cars displayed one very odd bit of behaviour at the first test in Spain, bouncing up and down on their suspension when reaching top speed when driving in a straight line.

One video which went viral of Leclerc’s car doing this at the Circuit de Catalunya showed just how extreme the phenomenon can be.

The sensation has been dubbed “porpoising” as it looks like the movement of a propoise as it travels through the water.

During the Spain test ESPN was told one driver joked to his team that he will need a new set of teeth by the end of the season if “porpoising” is not ironed out.

“It feels like turbulence on an aeroplane, going up and down the whole straight,” Leclerc said.

“I think one of the videos that F1 posted shows this phenomenon quite well, and I can’t say it feels nice. It makes you a little bit ill, but it’s okay.

“It’s still very early days for this project. So it feels like it’s an issue that everyone has in the paddock more or less but yeah, in this paddock all the best engineers of the world are here so I’m pretty sure that we’ll find a solution.”

F1 teams had anticipating that behaviour from cars but did not expect to see such an extreme example of it.

F1 teams’ technical directors, who oversee the design and development of cars, expect the sensation can be fixed with updates over the first few races.

McLaren’s James Key predicted teams will have ironed out the issue by the fifth or sixth race of the year, so it will likely remain a talking point for the opening leg of races.