The Ferrari SF90 Stradale may currently be the Italian brand’s halo supercar but one example has had its life cut short and is up for auction.

This particular SF90 Stradale has been listed up for sale by IAAI after being destroyed in a crash with just 180 miles (290 km) on the odometer. As is typically the case with online listings like this, no details have been made about what kind of crash the Ferrari was involved in to end up in this sorry state but it was clearly quite severe. 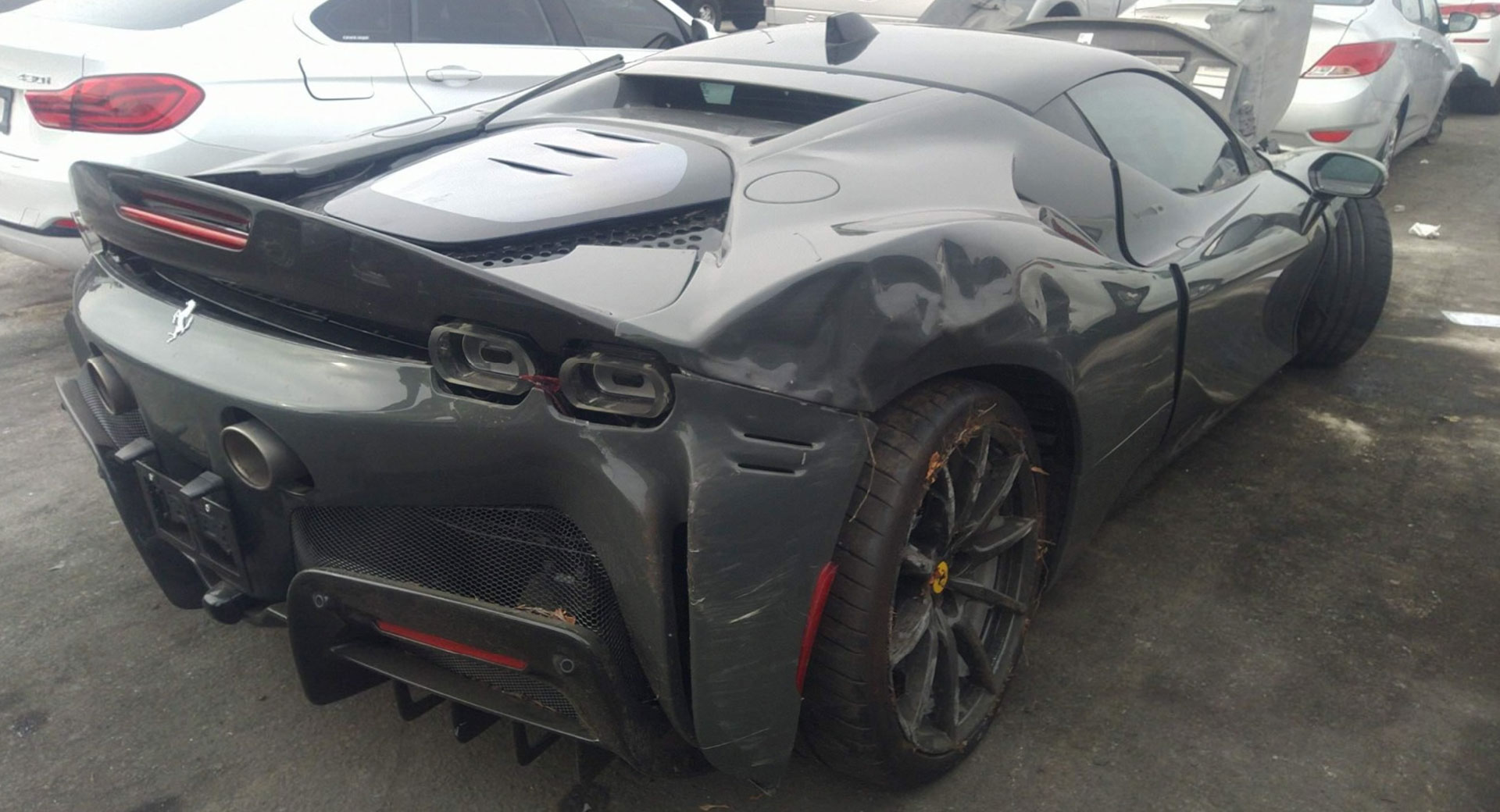 A look at the front end of the hybrid supercar shows that it has taken a heavy impact with the bumper destroyed, one headlight missing, and some obvious damage being done to the cooling and high-voltage electrical systems. The SF90’s hood has also been split in half and the windshield is shattered.

The damage continues along the driver’s side where we can see that there’s additional bodywork damage, the wing mirror has been ripped off, and the rear quarter panel has been badly dented. Not even the rear end escaped damage and is also in a sorry state. It appears as though the car has also been equipped with the desirable Assetto Fiorano package, as evidenced by the raised rear lip spoiler.

The listing states that the SF90 Stradale has a cash value of $1.034 million and despite all the damage it has sustained, it could attract attention from bidders who want to keep some of its parts, likely including some interior components and the 4.0-liter twin-turbocharged V8 provided that it’s still operational.