A Chevrolet Corvette Stingray has been badly damaged after slamming into a Toyota pickup truck in West Marin, California.

The California Highway Patrol Marin Area reports that the driver of the white Corvette was traveling west on Point Reyes-Petaluma Road behind several slower-moving vehicles. He then attempted to pass three vehicles at the same time but unfortunately, the driver of the Toyota at the front of the pack started to make a left-turn just as the Corvette was overtaking.

Watch Also: C8 Corvette Owner Goes For One Last Drive After Selling It And Wrecks It

The Corvette ended up hitting the left side of the truck with enough force that it pushed the Toyota down the road and flipped it onto its roof. 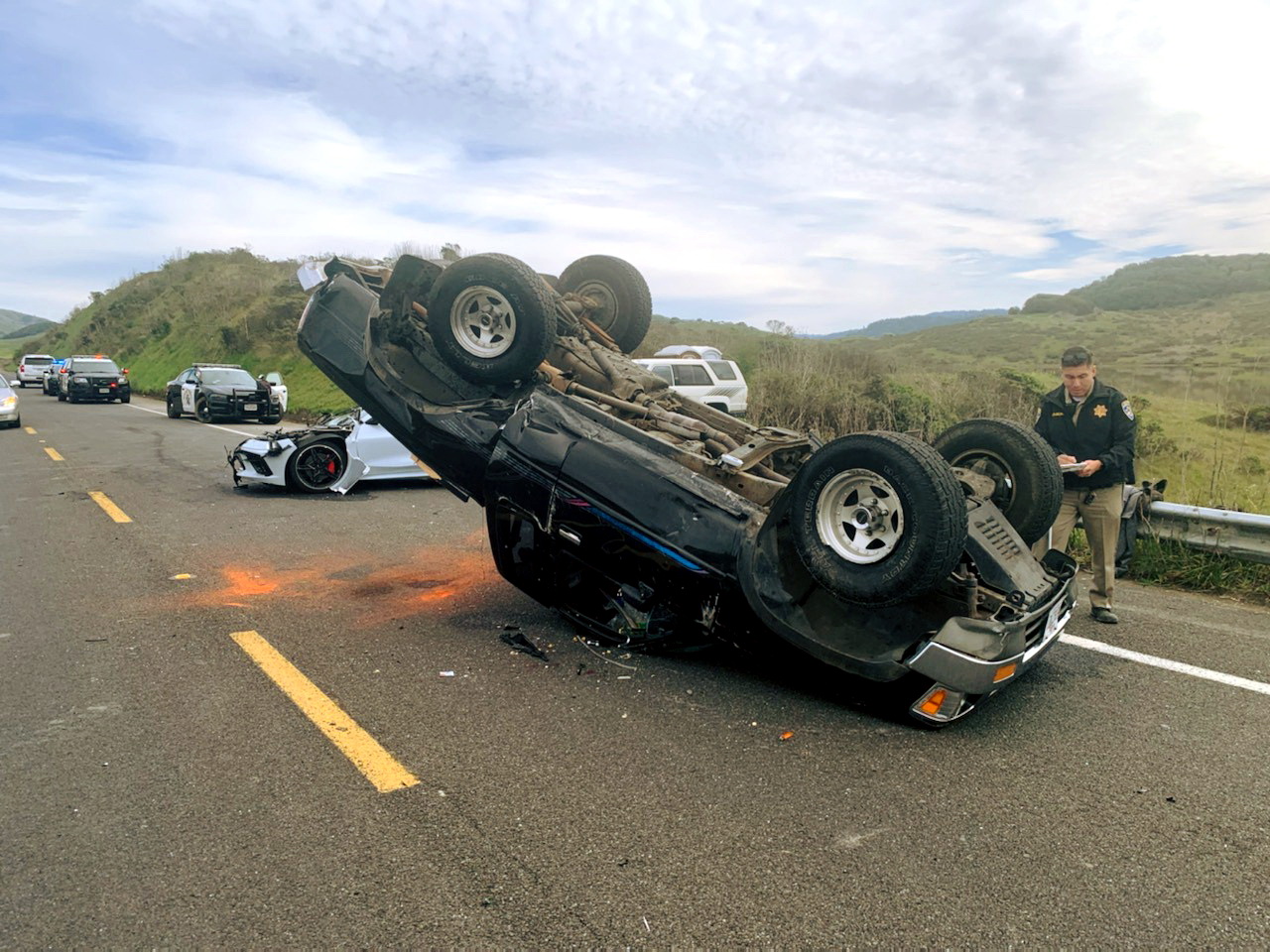 Local authorities state that the three occupants of the pickup were transported to a local hospital with minor to moderate injuries. The driver of the Corvette also sustained minor injuries and was treated on the scene. Police issued the C8 driver with a citation for an unsafe driving maneuver.

Images shared of the two cars to Facebook reveal that both suffered extensive damage and will likely be written off by their insurers. The front of the Corvette has been completely destroyed, so much so that the headlights, bumper, and hood are all completely missing. The windshield has also been shattered and it appears that the two front wheels have also been damaged. As for the pickup, its left side has been crushed, as has its rear.

Police state that drugs and/or alcohol do not appear to have played a role in the crash. 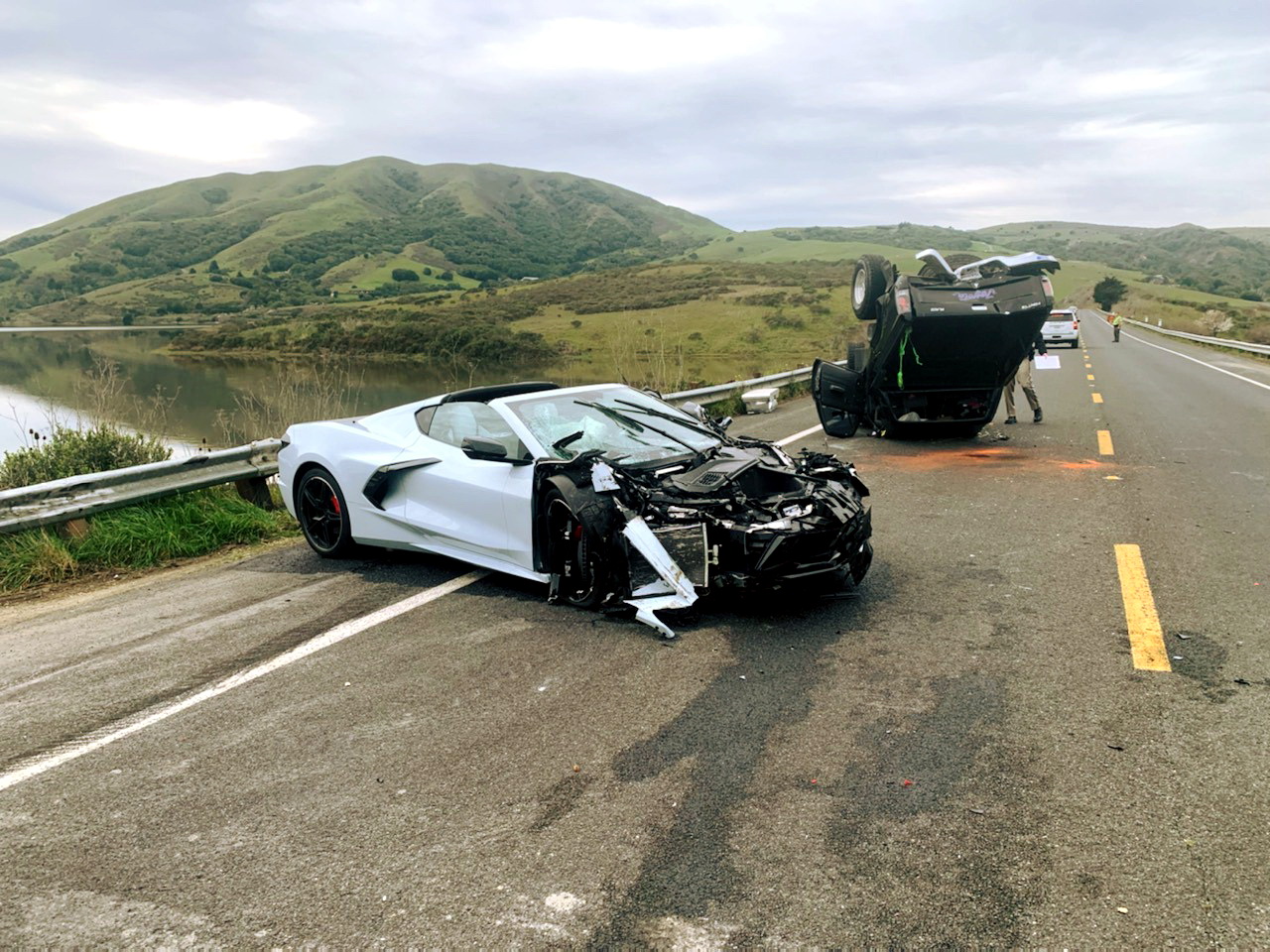