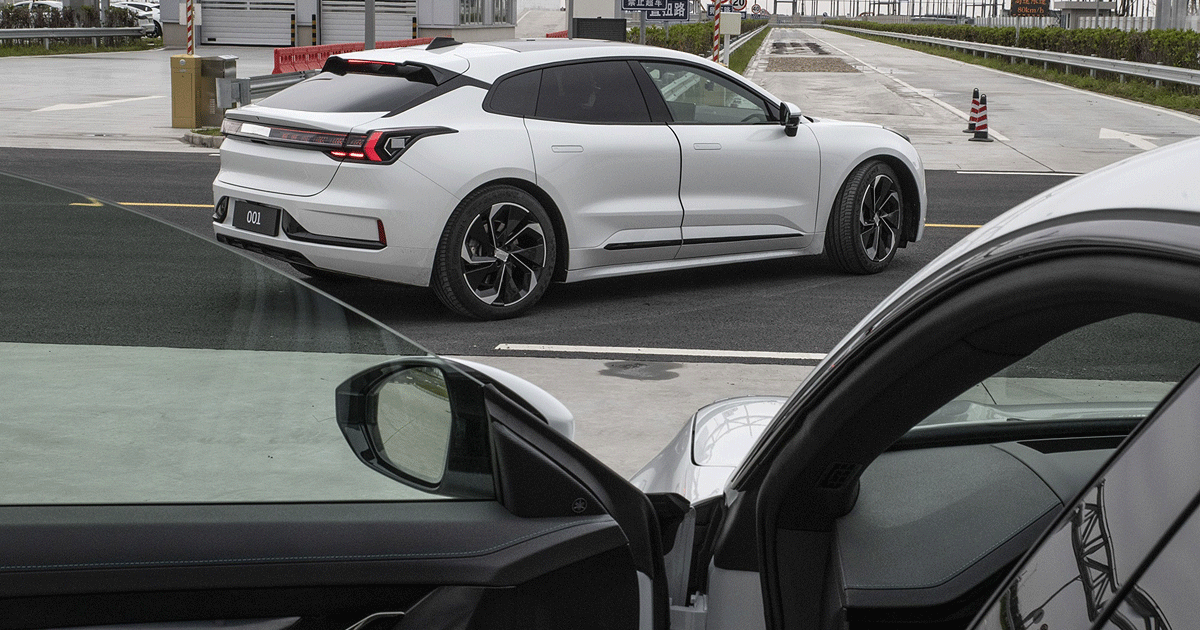 Chinese billionaire Li Shufu is on a fundraising blitz as he pursues ambitious goals for his global automotive empire.

Smart car technology company Ecarx Co., whose backers include Li and his Zhejiang Geely Holding Group Co., is considering seeking a U.S. listing via a merger with a blank-check company, according to people with knowledge of the matter. A deal could value the business at about $4 billion, the people said, asking not to be identified as the information is private.

Separately, Geely is talking to advisers about a potential funding round for its commercial vehicles unit that could value it at as much as $4 billion, people familiar with the matter said. The round could raise a few hundred million dollars, one of the people said.

Li is seeking to raise billions of dollars through share sales at home and abroad, as technologies such as electric vehicles and autonomous driving reach critical mass and spur enormous shifts in the automobile universe.

Even though Geely retreated from pursuing a listing on Shanghai’s Nasdaq-style Star Board last year, companies in Li’s orbit have been busy tapping investors.

Polestar, the EV maker founded by Volvo Car AB and its owner Geely, plans to go public in a $20 billion merger with a U.S. SPAC this year. Volvo Car itself raised $2.3 billion in a Stockholm initial public offering in October.

Group Lotus Plc, the British sports-car maker majority owned by Geely, is weighing a listing in the U.K., U.S. or China for the unit developing electric cars for the Lotus brand.

Geely is considering an IPO in three to five years for its commercial vehicle unit making semi-trailers, trucks and buses. In November, Geely Commercial Vehicle Group unveiled its new energy semi truck, the Homtruck, whose design includes space to create a driving and a living area. It includes a bathroom with a shower and toilet, single bed, refrigerator, tea maker, kitchen, and even a small washing machine. Deliveries are planned for 2024.

Choosing an IPO venue has become increasingly fraught in the past year. The route to gather funds via U.S. equity markets has been largely closed to Chinese firms since July, after a probe of ride-hailing giant Didi Global Inc. led to a crackdown by Chinese authorities on overseas listings. A monthslong freeze on Chinese companies seeking to go public in the U.S. appeared to thaw in February when a small medical device maker made its Nasdaq debut.

Founded in 2016 by Li and associates, Ecarx is an automotive-intelligence technology company whose products include an autonomous driving system and vehicle central computing systems, according to its website. Geely Automobile Holdings Ltd. invested $50 million in the firm to take a 1.5 percent stake in September, according to a Hong Kong stock exchange filing.

Discussions around Ecarx and Geely’s plans are preliminary and details such as valuation could still change, the people said. Ecarx didn’t immediately respond to requests for comment, while a representative for Geely declined to comment.