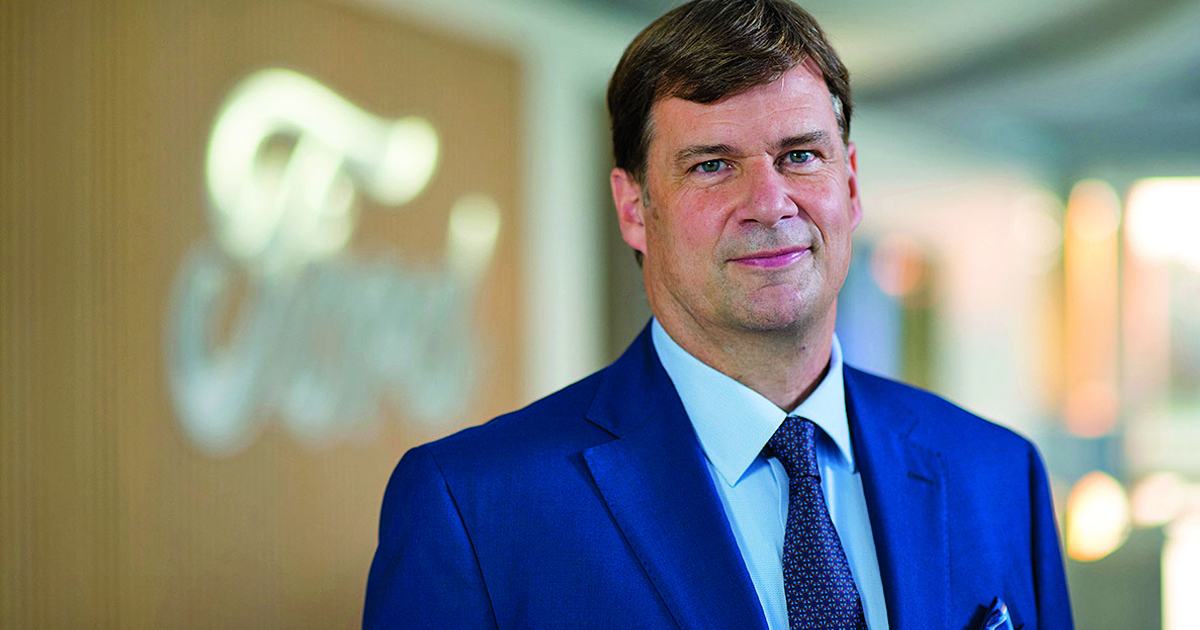 DETROIT — Ford Motor Co. is asking its dealers to implement some of the most significant changes to their business in decades as it works to modernize its retail strategy and beat back threats from Tesla and electric vehicle startups that have championed direct-to-consumer sales.

Ford this week revealed plans to split its business into separate divisions: Ford Blue for internal combustion vehicles and Ford Model e for EVs. While long-standing franchise agreements ensure the structure of its retail network must stay intact, Ford wants to craft a new set of operating standards for EV sales that would combine the most popular aspects of direct-sale startups with the expertise its dealers have developed over more than a century.

The automaker plans to create the blueprint in tandem with dealers and won’t finalize details until after they provide input over the next few months. But executives have outlined some of what they want to include: a commitment to carrying no inventory, selling at nonnegotiable prices and operating with scaled-down facilities.

Despite limited details, many dealers so far are cautiously optimistic about the plan, although some who spoke to Automotive News say they worry Ford may price out stores in smaller markets and create a divide between the haves and have-nots for its newest products.

The automaker says each of its roughly 3,100 U.S. dealers will have the opportunity to “opt-in” to sell EVs alongside gasoline-powered vehicles under the new standards, similar to how its commercial vehicle dealers must adhere to certain requirements. Those who cannot afford to or choose not to will continue to sell combustion vehicles. It’s unclear whether Ford will let dealers choose to sell only EVs.

“Our message to the dealers is we’re betting on you,” Farley said on a call announcing the news. “Get ready to specialize.”

Ford has not yet told dealers how much they would be asked to invest; executives told Automotive News that figure won’t be set until the rules are finalized.

Retailers who sell the Mustang Mach-E and E-Transit and are set to receive shipments of the F-150 Lightning starting this spring, but who don’t opt in to the new standards, will be allowed to continue to carry those EVs until the end of 2023, when the automaker’s current certification requirements expire. The new retail model will take effect in January 2024.

“There’s a level of respect and trust that’s going to allow us to have those tough conversations as we move into the next world we’re going to move into,” Hovik said. “I really feel we have honest brokers involved in the conversation. I don’t think there’s hidden agendas.”

“The lack of physical support for the customer becomes a really critical problem for them,” Farley said. “Not everything can be done remote. We can do things Tesla can’t do.”

However, Farley said selling directly to consumers makes Tesla’s costs average about $2,000 less per vehicle than Ford’s. He attributes that largely to Tesla stores not carrying new-vehicle inventory and hopes that moving Ford retailers to an order-only model can help close that gap.

“We’ve been asking ourselves, how do we not just get the $2,000 out but really be better than them?” Farley said.

Hovik, who owns San Tan Ford in Gilbert, Ariz., said Ford’s stipulation that dealerships that sell EVs carry no inventory is more palatable now that most already have been forced to experience such a situation over the past year because of the industry’s microchip shortage.

“We’ve all learned to adjust our business model,” he said. “It’s prepared the company and dealer body to do things that maybe three years ago we’d think were impossible.”

Farley said Ford also looked at how retailers such as The Home Depot and Target evolved to compete with Amazon.

“They put a digital front end to all their stores, but they also used their in-person experience to their advantage,” he said. “They made a lot of changes to really compete successfully with an online retailer. There’s no difference in our world.”

Andrew Frick, one of Ford’s top dealer liaisons who is becoming general manager of sales, distribution and trucks for Ford Blue, said the company plans to work out specific facility requirements with dealers on a case-by-case basis. That could involve building smaller facilities. Or it could mean no changes at all.

“Frankly, in a world where we’ll be focusing on remote services, it doesn’t necessarily mean building a bunch more brick-and-mortar,” Frick said. “We want our dealers to add true value and really be knowledge centers for the customer. What will be the best physical layout to enable that? Can it be within a showroom? I think it can. Can it exist in a boutique-type location a dealer chooses? They could do that as well.”

In addition to the new standards and facility requirements, Ford is floating the possibility of adding certain experiences that would use its gasoline-powered vehicles.

Farley said internal surveys have found that EV owners on occasion want a pickup or different vehicle for a weekend trip. He wants Ford dealers to be able to loan a Mach-E owner, for example, a Bronco or F-150 to drive.

“We think it’s a great opportunity to be able to leverage the portfolio to give customers access to other vehicles that other brands can’t,” he said.

Farley and other top executives held multiple conversations this week with Ford’s dealer council and took questions from its wider dealer network in a webcast. Leaders discussed the issue at a previously scheduled annual gathering of top-volume dealers in Palm Springs, Calif., and it’s expected to come up at this week’s NADA Show in Las Vegas.

Vadim Makhlis, dealer principal at Monadnock Ford in Swanzey, N.H., said he’s glad Ford wants dealer input before making final decisions but is concerned about how much the changes will cost and whether it’s something customers actually want.

“I love the concept but am anxious to see how it plays out,” he said. “Given Mr. Farley’s leadership the past few years, I do believe if they’re going in this direction, it must be what the consumer wants.”

Although Ford legally has no other choice, both Makhlis and Hovik are encouraged that the automaker is committed to utilizing its retail network in the future.

“We feel the Ford distribution model will beat any direct-sales model,” Hovik said. “We have so many advantages that those that enter into the fray with a direct model do not have. The key will be to accentuate the advantages we have but be willing to modernize in other ways so we can compete.”