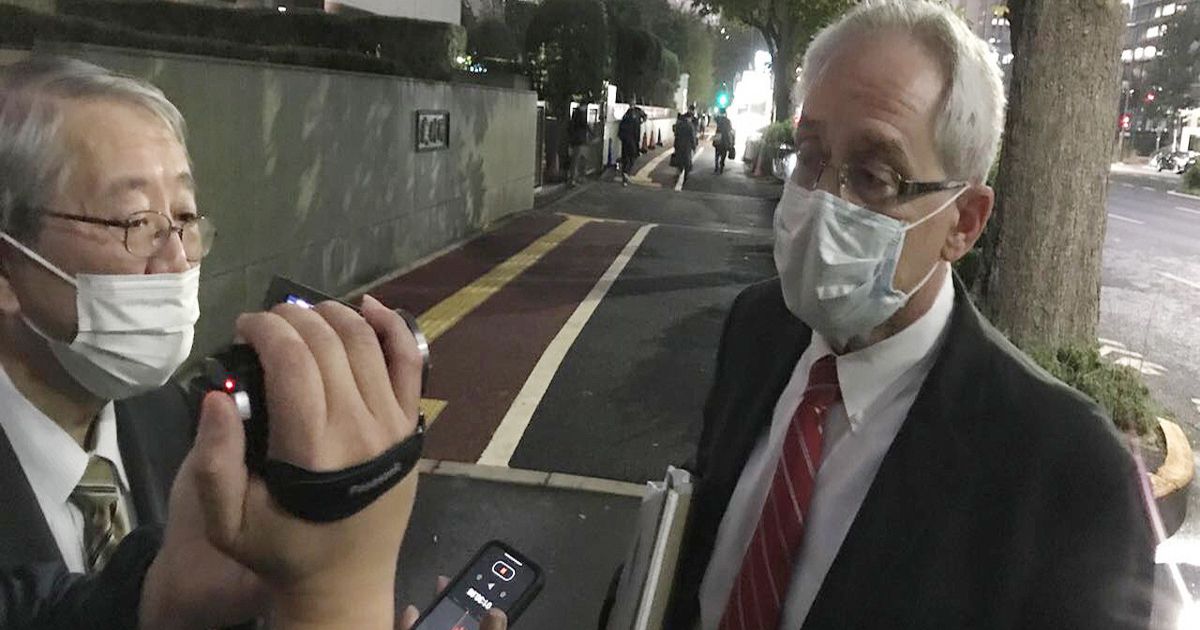 But after more than three years of prosecution, Kelly, 65, was given a six-month suspended sentence by chief judge Kenji Shimotsu. The Tennessee human resources executive and attorney, arrested while on a Nov. 2018 business trip to Japan, will be free to go home with his wife, according to a statement released in Tokyo by the U.S. Ambassador to Japan Rahm Emanuel.

“We are relieved that the legal process has concluded, and Mr. and Mrs. Kelly can return home,” said the statement. “While this has been a long three years for the Kelly family, this chapter has come to an end. He and Dee can begin their next chapter in Tennessee.”

The closely watched court decision, read out in a packed courtroom in Tokyo District Court on March 3, has been a lightning rod of corporate and diplomatic maneuvering.

Click here for all of Automotive News’ coverage of the Carlos Ghosn saga.

It was not immediately clear whether Kelly will bother to appeal, though he told Japanese media ahead of the decision he would challenge any conviction.

“I don’t believe I will be convicted,” he told Japan’s Asahi newspaper ahead of the court appearance. “There is no crime in the first place.”

But working against Kelly was a justice system that boasts a 99 percent conviction rate.

Kelly was initially jailed for more than a month before being released late Christmas Day in 2018. Since winning bail, he has lived in a cramped Tokyo apartment with his wife Dee just across the moat from Japan’s Imperial Palace. Under the terms of his bail, Kelly was grounded in Japan. His wife had to enroll in a Japanese language school for a visa that enables her to stay by his side.

Emanuel pledged during his October confirmation hearing as ambassador to make Kelly’s case a “top priority.” After arriving to take up the post in January, the diplomat called Kelly to talk with the American defendant and his wife.

The trial turned an unflattering spotlight on Japan’s legal system and the country’s attractiveness as a place to do business. It also highlighted corporate governance problems that long festered inside Nissan — from allegations of misconduct and overreach by former Chairman Carlos Ghosn to the actions of a rogue group of executives that brought him down.

Japan prosecuted the charges against Kelly as a criminal case, even though such allegations might have been handled as a civil or administrative affair in other jurisdictions.

In Japan, the charges carry a maximum sentence of up to 15 years. But prosecutors said they sought two years, mindful of the time Kelly had already spent detained in Japan.

In the U.S., by contrast, Kelly settled a Securities and Exchange Commission administrative proceeding over the accusations by agreeing to a $100,000 penalty, a five-year bar on serving as an officer and director, and a five-year suspension from practicing or appearing before the Commission as an attorney. Kelly settled without admitting or denying the SEC’s allegations and findings.

(Ghosn agreed to a $1 million civil penalty and a 10-year ban on serving as a corporate officer or director at a publicly traded U.S. company — also without admitting to the allegations.)

Shimotsu, the veteran chief judge who oversaw Kelly’s trial, has a tough-nut reputation.

Just last autumn, he sentenced a 90-year-old former senior government bureaucrat to five years in prison for negligence in a deadly car crash. The defendant was found guilty of mistaking the gas pedal for the brake as he plowed through a crowd, killing two people and injuring nine. The judge reportedly said he was being lenient because the driver was at least not inebriated at the time.

At the heart of Kelly’s case was whether the former executive was part of an alleged under-the-table effort to hide nearly half of Ghosn’s super-sized compensation by paying it out to him later.

Prosecutors accused Ghosn, 67, and Kelly of hiding some 9.3 billion yen ($80.5 million) in postponed compensation from 2010 to 2018. Both men, arrested the same day in 2018, deny any wrongdoing. But after Ghosn fled Japan for Lebanon in 2019, Kelly — his longtime American human resources chief and a former director on the board — was left to fight the charges alone.

Kelly readily admitted that Ghosn took a massive pay cut — to the tune of around half his salary — in 2010 when Japan’s financial disclosure rules changed. According to Kelly, Ghosn feared that if the true scale of his Nissan paycheck were known, he would face withering backlash in France.

But prosecutors alleged Nissan made a deal to pay back that salary shortfall — the amount Ghosn would have earned had he not taken the pay cut — thereby illegally skirting disclosure rules. Kelly countered there was nothing to disclose because no retirement deal was ever finalized.

Kelly’s defense also argued that he was working on a retirement package to be paid in retirement for work done in retirement. As such, the defense maintained, there would be no obligation to disclose that payout, and therefore the charges are moot.

The pay cut Ghosn took, referred to as a shortfall by Kelly, only served as a frame of reference for Ghosn’s expectations.

“There was no need to report because Carlos Ghosn never got paid, and there was never an agreement to pay Carlos Ghosn,” Kelly said in a recent interview with Kyodo News.

But in closing their case against Kelly, prosecutors said the retirement plans were simply a pretense to compensate Ghosn for the pay cut he took in his last eight years.

“It is clear that Kelly knew that the shortfall equals postponed remuneration, according to pieces of objective evidence,” the prosecutor said.

The prosecutors pointed to compensation agreements for Ghosn and spreadsheets maintained by a Nissan manager, the latter of which clearly list certain pay figures as “postponed remuneration.”

Prosecutors said Kelly engaged in the “laundering of backdoor/off-the-book compensation” and that he was the only one with the expertise who was senior and trusted enough to pull it off.

Prosecutors also argued that Kelly had the motivation to devise the scheme for Ghosn partly because Kelly himself hoped to benefit from a similar deferred compensation plan with his own pay. After being appointed to the board, Kelly asked Ghosn for approval to receive remuneration in another form later without it being disclosed in Nissan’s securities report, they said, and Ghosn acceded.

Kelly testified that he indeed worked on compensation for Ghosn, but the defense says those were potential retirement packages aimed at retaining Ghosn’s services after he stepped down. And because they were for post-retirement work, there was no requirement to report it.

But in the end, Kelly maintained, no package was ever even finalized.

The defense also argued that was Kelly was not involved in the tabulation of any “postponed remuneration” tables and didn’t even know about their existence until after his arrest.

Ghosn, now holed up in Beirut as an international fugitive still wanted in Japan, maintains that old-guard nationalists inside Nissan framed him on false financial misconduct charges to block him from further integrating the Japanese carmaker into Renault under a holding company.

Kelly’s backers posited the same theory. But the argument did not feature prominently in Kelly’s courtroom defense, as his attorney focused instead on trying to pick apart the various legal claims.

Ghosn jumped bail from Japan saying that he couldn’t get a fair trial in Tokyo. There was no immediate comment from Ghosn on the verdict or sentence.

Ghosn faces two additional criminal indictments — more serious accusations of breach of trust — that were never even leveled against Kelly.

Those charges weren’t touched on at all in Kelly’s trial. And their details have yet to be divulged by prosecutors, who are still hoping that, one day, Ghosn will be hauled before a Japanese judge.