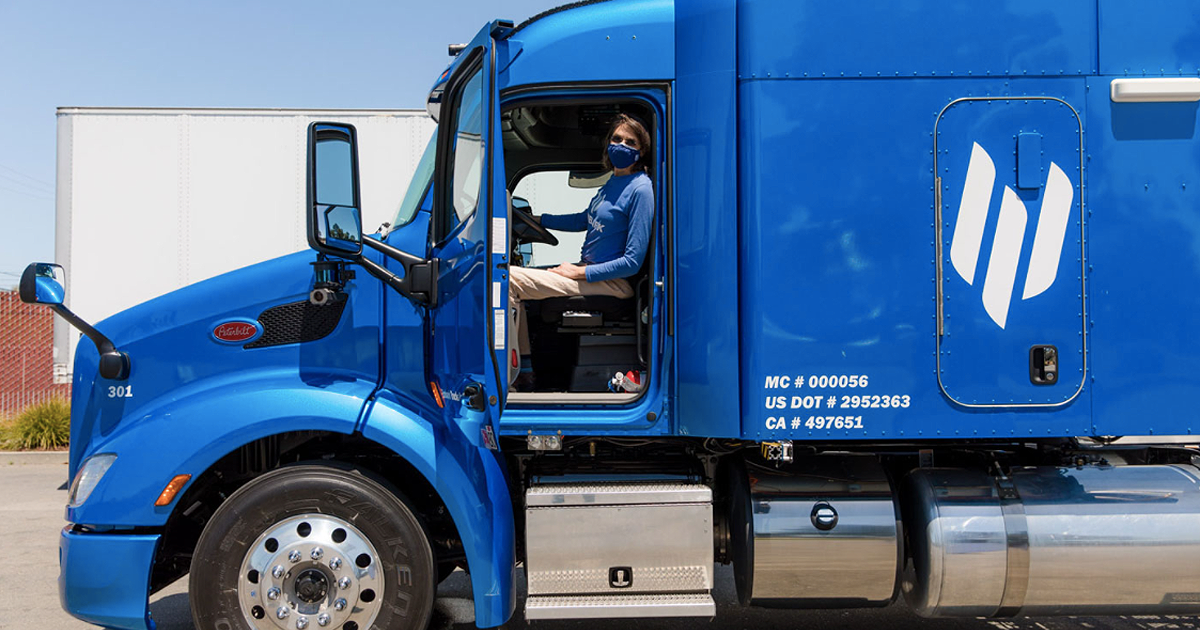 The company said Monday it has partnered with real estate investment firm Alterra Property Group to identify locations across the Sun Belt that could be utilized as transfer points, at which human drivers could take over for automated systems that handle highway driving. Embark intends to use those areas to accelerate commercial operations, which it intends to begin in 2024.

It’s the second such partnership between a self-driving trucking company and real estate developer unveiled in a month.

In February, TuSimple reached an agreement with Hillwood, a commercial and industrial real estate company led by Ross Perot Jr., to develop a 1 million-square-foot facility in Fort Worth, Texas. The building will be outfitted to TuSimple’s specifications to be an origin-and-destination hub.

As much as the two partnerships appear similar on the surface, they illustrate the distinct go-to-market approaches companies are forging in the autonomous trucking space.

Some companies, such as TuSimple, believe in dock-to-dock operations that are conducted entirely under autonomous control, with no humans ever involved in the transportation task. TuSimple commenced driverless testing between Phoenix and Tucson, Ariz., in late December.

Others, such as Embark, believe that autonomous operations will evolve more gradually, with self-driving systems handling highway driving, then pulling over at transfer points so humans can slide behind the wheel and drive trucks on more complicated surface streets to their final destinations.

In September, Embark partnered with Ryder to identify as many as 100 locations where transfer hubs would make strategic sense to support a coast-to-coast network.

In the near term, Embark and Alterra want to find turnkey sites that require minimal development costs. Over time, the two companies say, they may investigate other types of structures and further consider a business model that would allow Alterra to charge for spaces on a per-use basis.

Beyond the properties already in its portfolio, Alterra says it intends to utilize up to $1.5 billion in a discretionary private equity fund to acquire “dozens” more sites across the U.S. that would be “AV ready,” including in major markets such as Los Angeles, Dallas and Atlanta.

Embark and just about every other self-driving truck company has eyed early operations across a southern swath of the U.S. for both business and operational factors. A substantial percentage of the U.S. freight market moves via Interstate 10, which runs from Los Angeles to Jacksonville, Fla., and sunny and warm weather will be more conducive to the operational thresholds of current self-driving technology.

“Industrial outdoor storage as an asset class has yet to be institutionalized, making it difficult for tenants with specific and nationwide real estate needs, like Embark, to systematically access a network of suitable sites,” Leo Addimando, managing partner of Alterra Property Group, said in the statement.

That uncertainty has been one key question mark hanging over Embark and others pursuing a business model based on transfer hubs. With commercialization two years away, Embark appears to have taken a step toward solving that logistical puzzle.