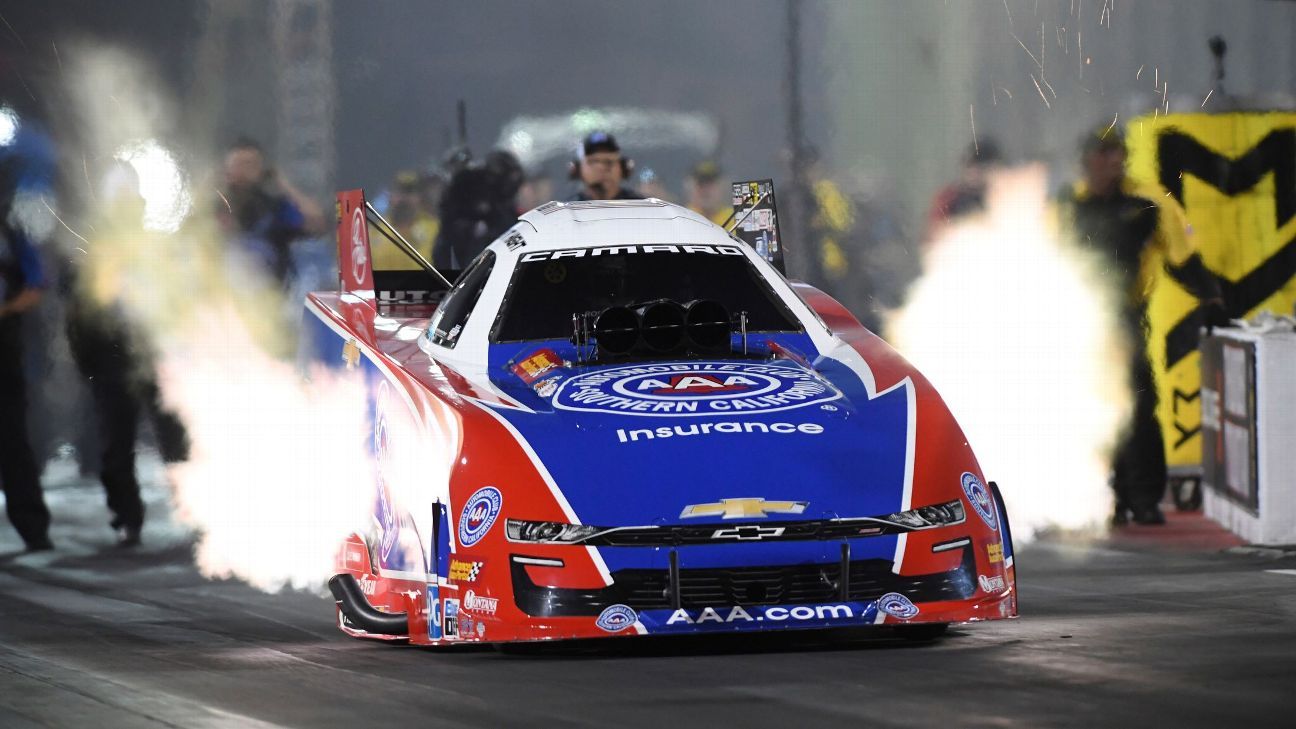 In a matchup of two three-time season champions at Wild Horse Pass Motorsports Park, Hight had a 3.837-second run at 330.39 mph in as Chevrolet Camaro SS. He edged No. 1 qualifier Hagan to deny Tony Stewart his first victory as an NHRA team owner. Hight has 55 career victories.

“We’ve got a lot of great guys on this team, and it was such a team effort,” Hight said. “(Crew chief) Jimmy Prock, Chris Cunningham and all these guys worked hard all winter and it’s all coming together. It’s so hard to win one of these, much less two in a row. This is amazing and a big win for this team.”

Salinas powered to his fourth career victory and second in the last five races. He beat Clay Millican with a 3.751 at 318.24. Stanfield picked up his fifth career victory, topping Troy Coughlin Jr. with a 6.526 at 210.50 in a Camaro.