There is only one smart place to drag race and that is at a dedicated drag strip. Doing so in public areas is dumb and this video shows exactly why.

This clip was recently shared to Reddit and shows a Chrysler 300C drag racing an older muscle car. However, rather than heating to a drag strip, the drivers thought it would be a good idea to race in the parking of what looks to be a trucking or distribution facility. The big problem with this plan was the fact that at the end of the parking, there was a huge ditch.

Read Also: The Chrysler 300C SRT8 Touring Is The Muscle Wagon You Always Wanted (But Still Can’t Get In The USA)

The two cars get off the line at very similar speeds and are neck-and-neck throughout the entirety of the race. However, whereas the driver of the older muscle car had the forethought to start braking well before the end of the parking area, the driver of the 300C didn’t do the same. Instead, they kept on accelerating and by the time they hit the brakes, it was already too late.

While we don’t get a great view of what happens next, we can see the 300C spear off the end of the parking and fall into the ditch. It then bounces up the other side, catapulting itself in the air and slamming down to the ground. Other drivers nearby quickly rush over to the scene.

Just a single image of the Chrysler after the crash has been shared online. It shows that the front-end of the sedan was completely destroyed and in all likelihood, it won’t be worth repairing. 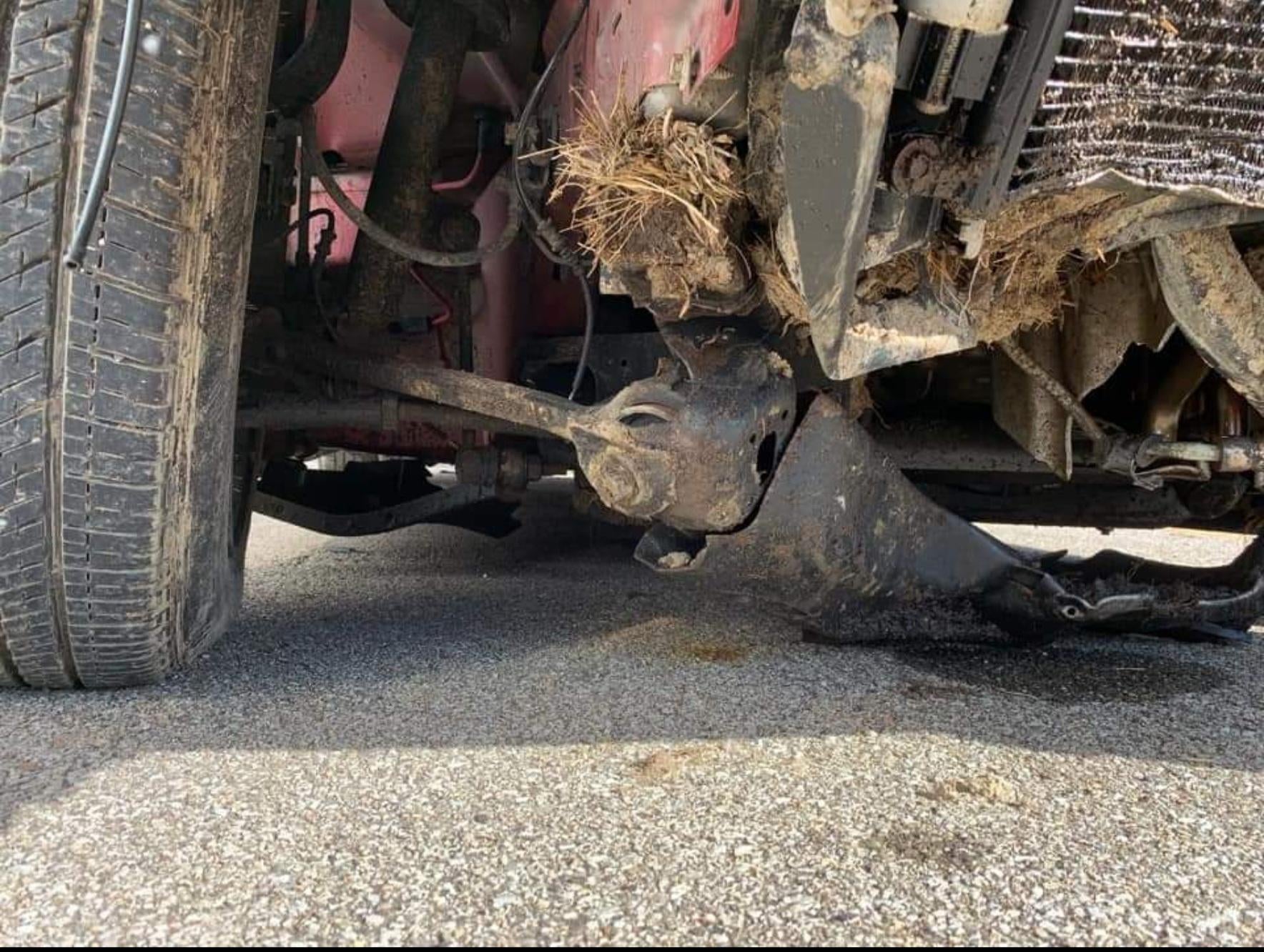