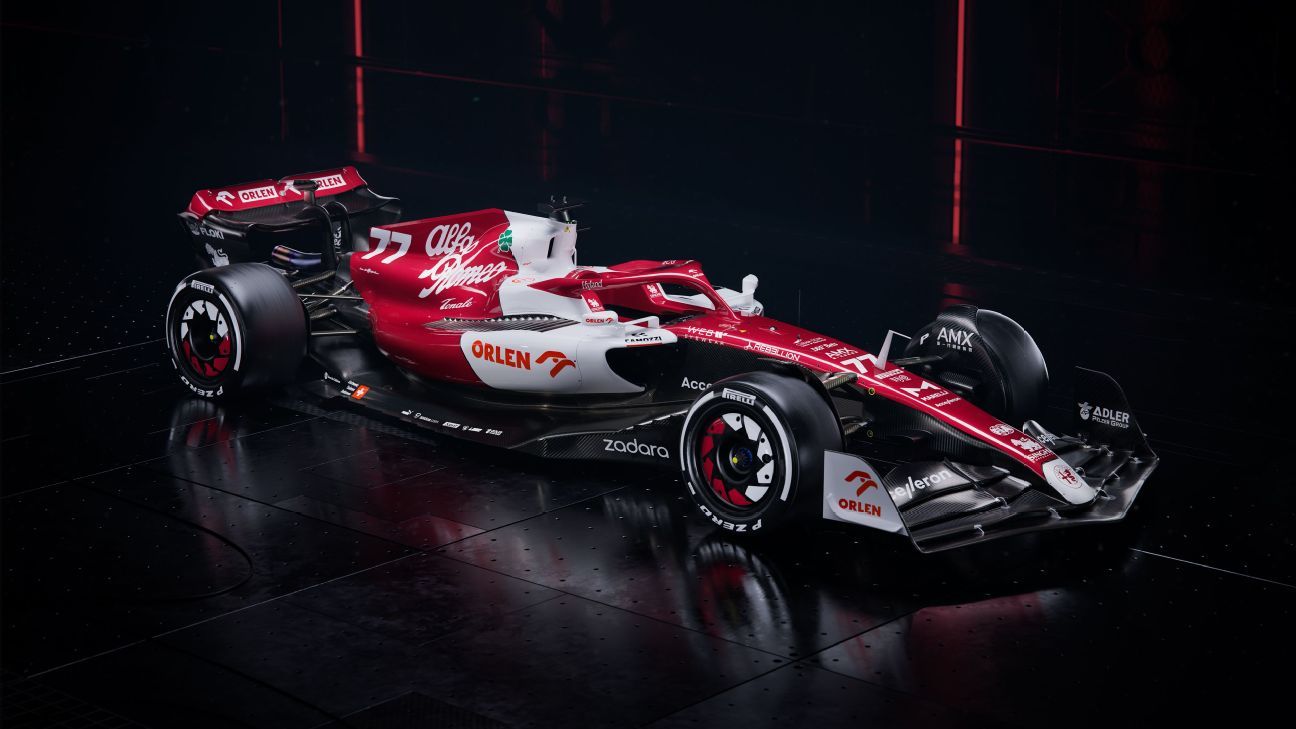 Alfa Romeo has revealed a striking new take on its traditional Formula One colours for the new season.

Alfa Romeo’s C42 car made its debut this week during F1’s first preseason test running a black and white camouflage livery. On Sunday it revealed its new look for the coming season.

Alfa’s car has been mainly white with traces of red since returning to the F1 grid in 2019 but the team has flipped that around for the coming season, with a chiefly red car. The red now covers the front of the car, the engine cover and the Halo.

The company name is now written on the engine cover in a retro font.

The team is looking to make a step forward this season under F1’s new rules after several years at the back end of the competitive order.

However, Alfa Romeo and 2020 backmarker Haas finished the first test significantly down on mileage compared to the rest.

F1 has another three days of testing in Bahrain between March 8-10, before the Bahrain Grand Prix opens the season on March 20.