We’ve all seen cars with traffic tickets but there’s a special sort of cringe that happens when we spot a boot on a car. Whoever put it there had to do a lot more than just slip a sheet of paper under your windshield wiper. We’ve found a video that shows one group of folks trying to figure out how to free one boot and the only thing that gets removed is some paint from the bodywork.

There was a time in the past when scammers would install fake boots on cars that could be removed in moments by someone who knew what they were looking at. The boot on the car in the video in question is quite the opposite. Not only is it secured to the wheel, but it seems almost seized up to the point that nobody in the short clip can seem to get it off.

There’s no way to be sure as to the specifics but it seems that included in the video are both the owner of the vehicle and the people responsible for removing the boot. From what we can tell, this video starts as the owner backs out of the parking space and spins the boot around the inside of the fender of the car. It sounds like the intent isn’t to drive away but to loosen the boot that is “pressure locked” according to one in the group. 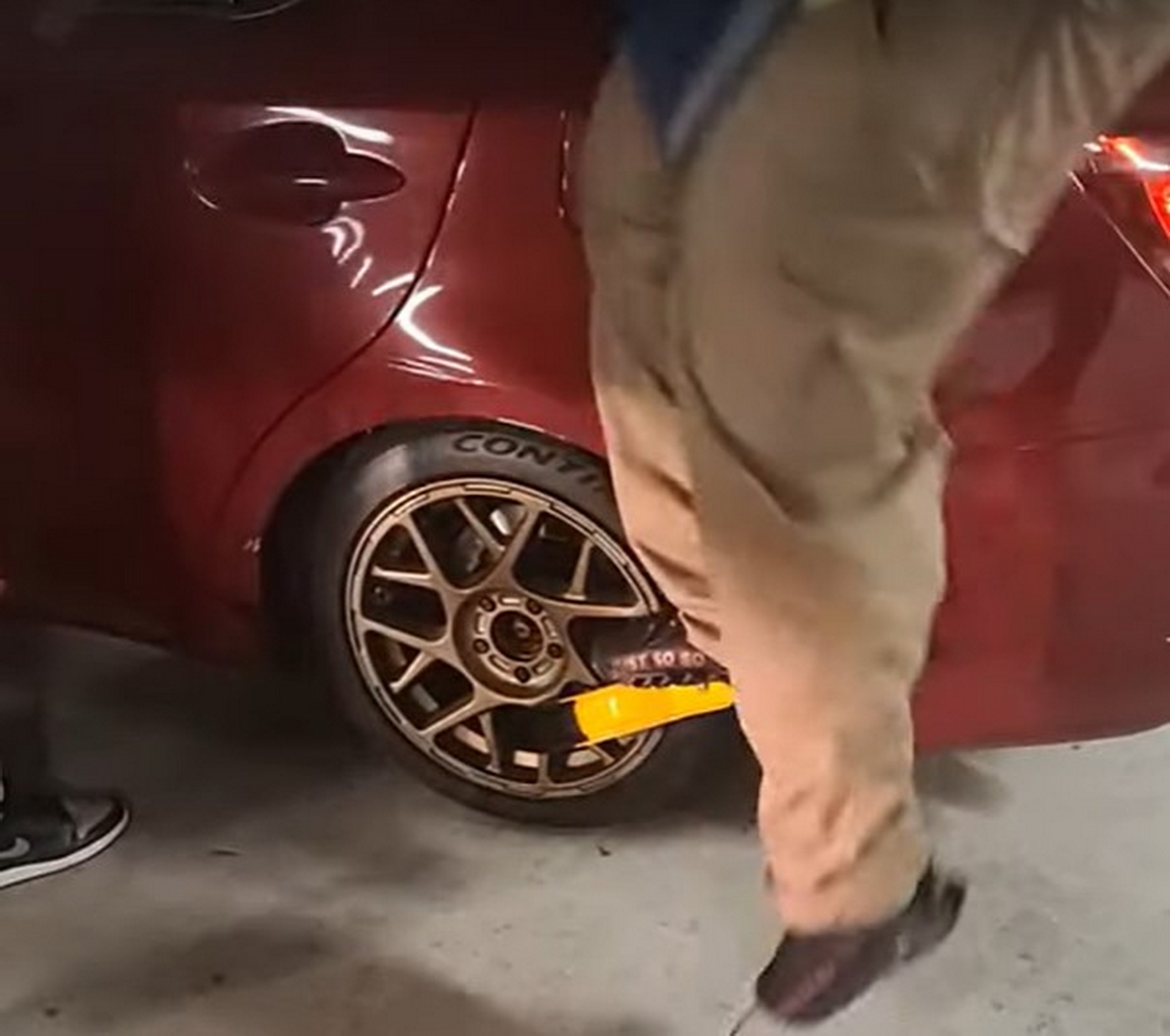 Of course, as it spins around it damages both the side skirt and the inner fender well and possibly other equipment that we can’t see. Hilariously and painfully, the person that seems to be in charge says “you’re lucky it didn’t take the whole top of your car off” alluding to the inner fender well (we think), and then immediately tells the driver to go back into drive and try to get it to spin back the other direction, again, through the fender.

They then determine that the best course of action is to remove the wheel and tire altogether before trying to move forward to the removal of the boot itself. This would’ve been the correct method from the very beginning and it’s shockingly obvious from the moment that we see and hear the boot scraping into the car itself.