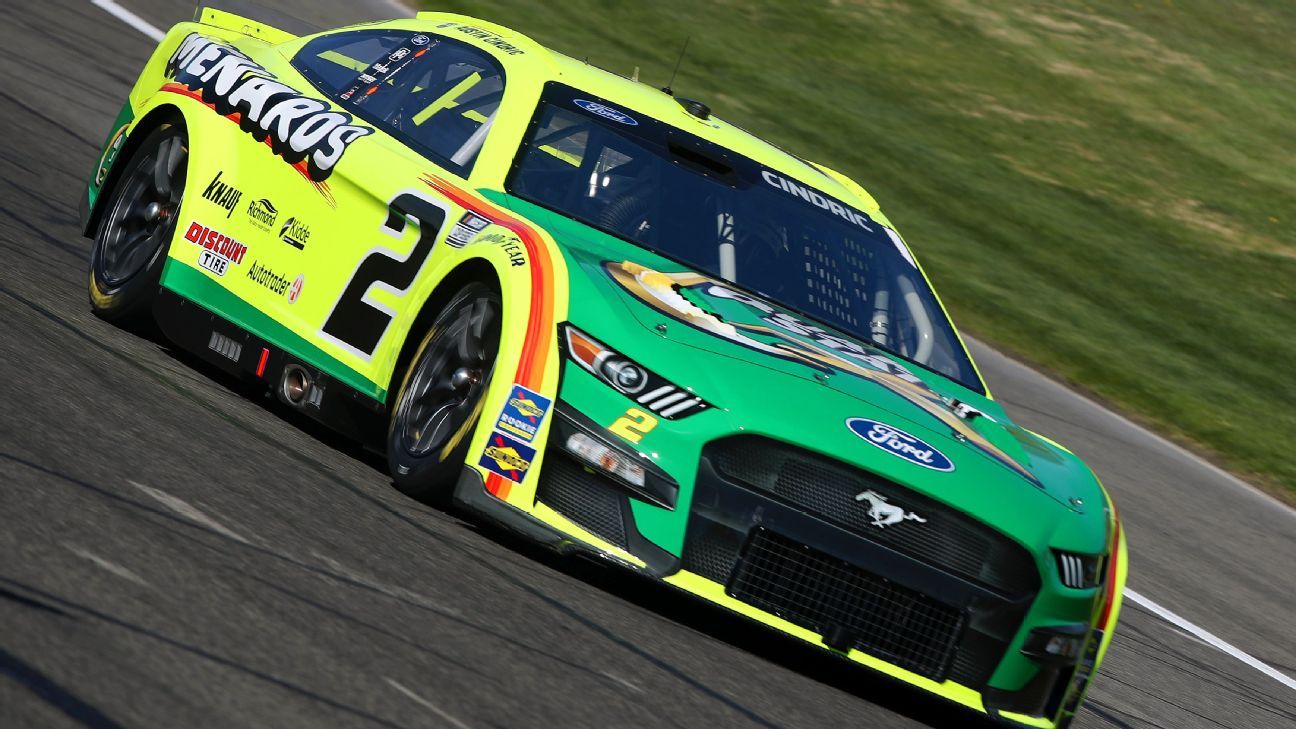 FONTANA, Calif. — Austin Cindric followed up his Daytona 500 victory by earning his first career pole in the NASCAR Cup series Saturday at Auto Club Speedway during a tumultuous debut for the new practice and qualifying format at intermediate tracks.

Cindric posted the fastest average lap speed in his Team Penske Ford at 174.647 mph, holding off Erik Jones (174.157 mph) and capping an eventful morning for NASCAR’s first practice and qualifying session on a 2-mile oval with its Next Gen cars. Several drivers spun and several others crashed while learning how to control the Next Gen car on new tires amid gusty winds.

“There’s so much learning going on, and obviously it’s all happening really fast,” said the 23-year-old Cindric, who earned his first career Cup victory at Daytona. “As a driver, you can’t be distracted by the crashes, the mistakes. … I learned all I needed to do and had to go apply it, (but) there were a lot of guys that had some pretty rough days, and it puts a lot of teams in a tough spot on the West Coast swing.”.

The Fontana track could be in for an entertaining race Sunday with this potent mix of new cars on old asphalt. The drivers are being forced to learn on the job, yet most praised the chaos as an entertaining challenge.

“I don’t think race cars should always be easy to drive,” Jones said.

Cindric’s pole was another banner achievement for team owner Roger Penske, who built Auto Club Speedway a quarter-century ago. Penske cars have won the season-opening Clash and the Daytona 500, while Scott McLaughlin and Will Power are sitting on the front row this weekend for IndyCar’s season opener in St. Petersburg, Florida.

Cindric came out on top after a cavalcade of mistakes and adjustments at Fontana.

Kevin Harvick spun into the wall in the opening moments of the series’ newly abbreviated practice sessions. Ross Chastain piled into the wall with a heavy hit moments later, while Chris Buescher, Bubba Wallace and Christopher Bell spun as well.

Aric Almirola, Brad Keselowski, Joey Logano and William Byron all had problems during qualifying before Chase Elliott spun on his final attempt, clearing the way for Cindric’s first pole.

The NASCAR Cup series is back at Auto Club Speedway to open the West Coast swing for the first time since 2020 after missing last year due to the coronavirus pandemic. The drivers were in Los Angeles only three weeks ago for the successful season-opening exhibition at the Coliseum.