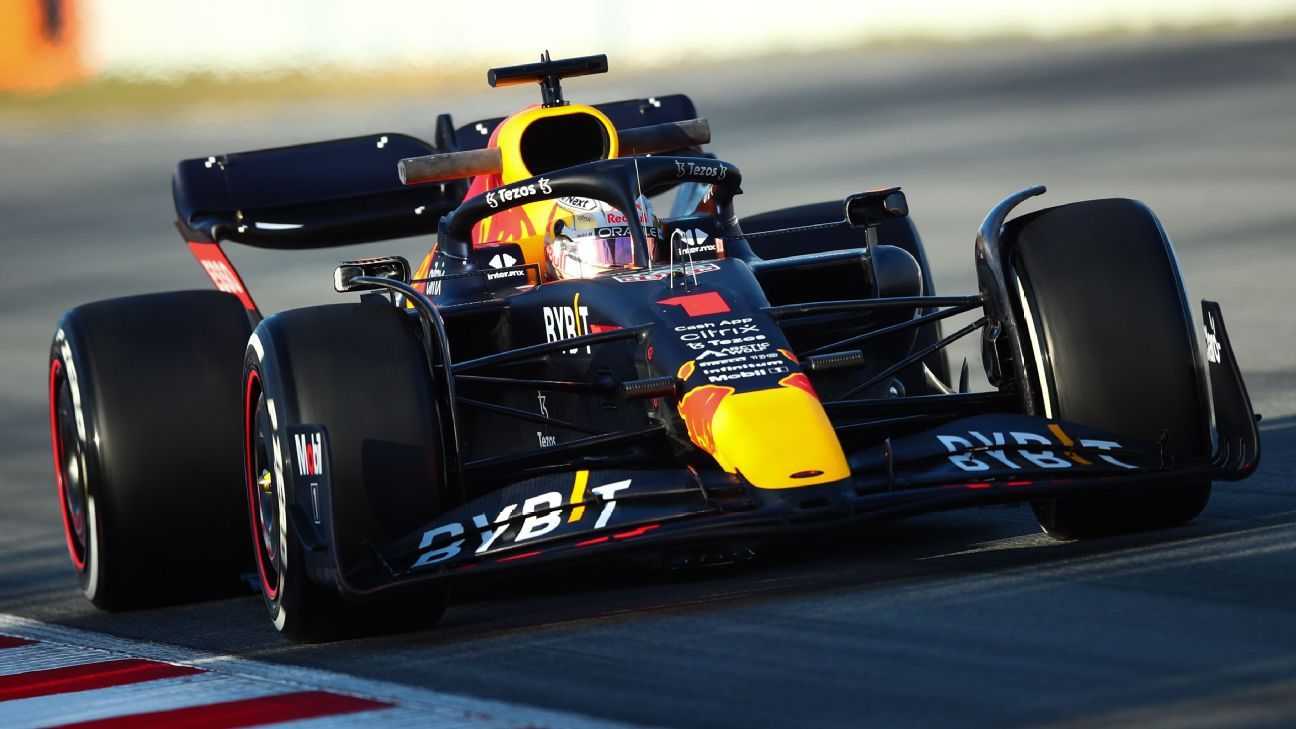 Reigning Formula One world champion Max Verstappen has hit the track on the opening morning of preseason testing in the first public outing of the new Red Bull.

Verstappen, driving a car branded with the number one instead of his usual 33 to note his new status, rolled out of the garage in the RB18 on Wednesday morning.

Red Bull’s new car had not been seen over the “launch season” as the team opted to unveil a new livery on a showcar in what was effectively a launch of its new five-year, $500 million sponsorship deal with Oracle. It completed a filming day at Silverstone last week, but no photos or video footage of the car were made available.

The car has very different sidepods to anything else seen so far, with a huge undercut not seen on any other rival design. Red Bull has also opted not to incorporate the sidepod “louvres” that have appeared on the Haas, Alpine, Aston Martin and Ferrari, the parts of the car which have earned comparisons to shark fins and cheese graters.

The car also features pull rod front suspension and push rods at the rear, which is a design choice shared with the McLaren but different on every other car.

Red Bull’s car is likely to rapidly evolve between the opening morning of testing and the first F1 race, the Bahrain Grand Prix on March 20.