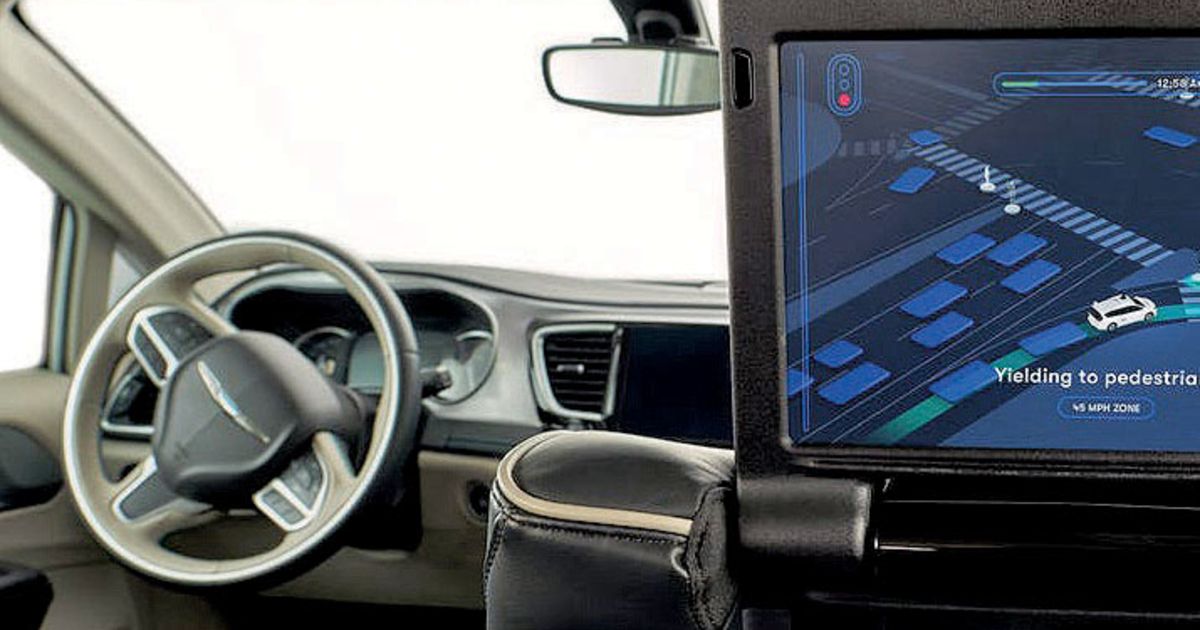 CHANDLER, Ariz. — On a trip that bore some resemblance to a trans-Atlantic red-eye, I stared out the window and watched the city pass by. A touch screen perched on the seat back illuminated an otherwise darkened cabin. An engine’s hum provided a steady soundtrack. And a machine I had no direct control over carried me through the night.

There was even an occasional voice that reminded me to buckle my seat belt and to collect my belongings.

But this was no aircraft. It was a Chrysler Pacifica equipped with a self-driving system made by Waymo, the Google subsidiary that started commercializing this groundbreaking technology more than three years ago within a 50-square-mile swath of suburban Phoenix.

With Chinese companies launching robotaxis in China and North American competitors gearing up, it felt like the right time to visit metro Phoenix for a firsthand look at how standard-bearer Waymo has evolved since service began, how robotaxis without human safety backups function in commercial operation and how Waymo’s massive ambitions have squared with industrywide headwinds for self-driving technology.

My first ride picked me up within a dozen feet of a hotel lobby in Chandler. I pressed a start button on the touch screen, and a ride that some experts equate to a horizontal elevator began.

This was no choreographed media demonstration, with carefully curated starting points, routes and destinations. This was a ride available to anyone curious enough to download the Waymo One app.

My Pacifica took a roundabout route — one that favored operational simplicity rather than the most direct path — to a local grocery store. The ride, which took place late last year, covered a little more than five miles in 12 minutes. It cost $8.42 and was uneventful.

It also felt like a marvel. For an industry that primarily exists in R&D mode, with eyes mostly set on the horizon, it was a firm reminder that Waymo has been offering commercial rides with no human safety drivers aboard since the summer of 2019.

Since the launch of its Waymo One ride-hailing service, the company says its riders have incorporated the ride-hailing service into their everyday lives and often use it for commuting, returning home after dropping their vehicles off for repairs at auto dealerships and more. A spokesperson said the service has progressed beyond a novelty.

Anecdotally, I’m not so sure. People I encountered within the Waymo operating area were unaware or vaguely cognizant of the driverless ride-hailing service operating within their city.

When they saw me step out of a robotaxi, an inebriated group of wedding goers told me they wouldn’t trust their lives to an automated vehicle. Then they entered an elevator, pressed a button and were whisked upward. Outside a Chandler coffee shop, a middle-aged man appeared thunderstruck at the sight of a Pacifica inching along the curb and compared watching the vehicle to witnessing a Biblical transformation.

More concerning: Upon learning that I was in town riding in Waymo vehicles, the waitress at a local restaurant volunteered that she had completed a round trip to Texas in her boyfriend’s Tesla Model 3. She extolled the virtues and performance of its beta “Full Self-Driving” system, which requires oversight (and often inputs) from a human.

“It mostly worked OK,” she told me. “Maybe not as well in construction zones.”

While Tesla’s and Waymo’s deployed systems should not be compared — the former requires a human driver; the latter has eliminated any role for humans in the driving process — Waymo has notably encountered its own difficulty in construction zones. Last May, passenger Joel Johnson found himself in a Waymo flummoxed by orange cones, which first caused the vehicle to stop for several minutes before taking him on an erratic ride.

“Of course, we wish that didn’t happen,” said Chris Ludwick, a Waymo project manager who has worked on various parts of the company’s self-driving stack since 2012. He said Waymo had studied the incident and made changes to both the software and its remote support to make “the recovery process as smooth as possible.”

The morning after my first ride as a passenger with Waymo, I took another one. In a situation not dissimilar from the one that Johnson faced, a construction worker dropped orange cones from a moving truck immediately ahead of the Waymo AV. The Pacifica switched into the adjacent lane, accelerated at a modest pace and overtook the truck without incident.

I took a half-dozen rides in Waymo robotaxis around Chandler — not enough to draw grand conclusions about overall safety or competence, but enough to get a feel for a mostly seamless user experience.

The app was intuitive and easy to use. A multi-stop feature worked when I wanted to go to Whole Foods and a nearby Target.

The quirks? The vehicle verified my presence via a Bluetooth connection, but it would have made sense to further verify that the correct passenger hopped aboard with a PIN before driving away with the push of a start button. Someday when multiple Waymos are picking up multiple users at a crowded location, for example, that would be a useful cross-check.

Also, when the Waymo vehicles picked me up in front of the hotel, twice they were mere feet from the lobby door, and once the vehicle parked about 75 feet away. Likewise, the vehicle picked me up at the Target in a location that was a few dozen feet from where it had dropped me off.

“What happened, I’m guessing, is that in the moment it tries to be smart enough to detect that you are close to it, and we don’t want to drive past riders and make them walk,” Ludwick said. “What this speaks to is the meta point of building a robot that can safely and comfortably interact with traffic and making it useful and convenient for riders, which is about these small details.”

As for the Waymo robotaxi’s driving style, the vehicles made deliberate, squared turns and were cautious without being overly plodding. Andrew Maynard, a professor at Arizona State University and director of the Risk Innovation Lab, characterized it as driving like “an elderly, uncertain driver,” a description that fit my general experience.

Maynard has an office at the university in Tempe, and I went to speak with him about autonomy, transportation technology and the balancing of safety and innovation. Although Waymo serves a small portion of Tempe, its service area doesn’t quite stretch to the Arizona State campus. Instead, I took an Uber, driven by a human being.

Therein lies Waymo’s most pronounced limitation. The company offers a remarkable, compelling service. But it’s one that operates only within a very constrained boundary. The potential remains high. So does the novelty factor.