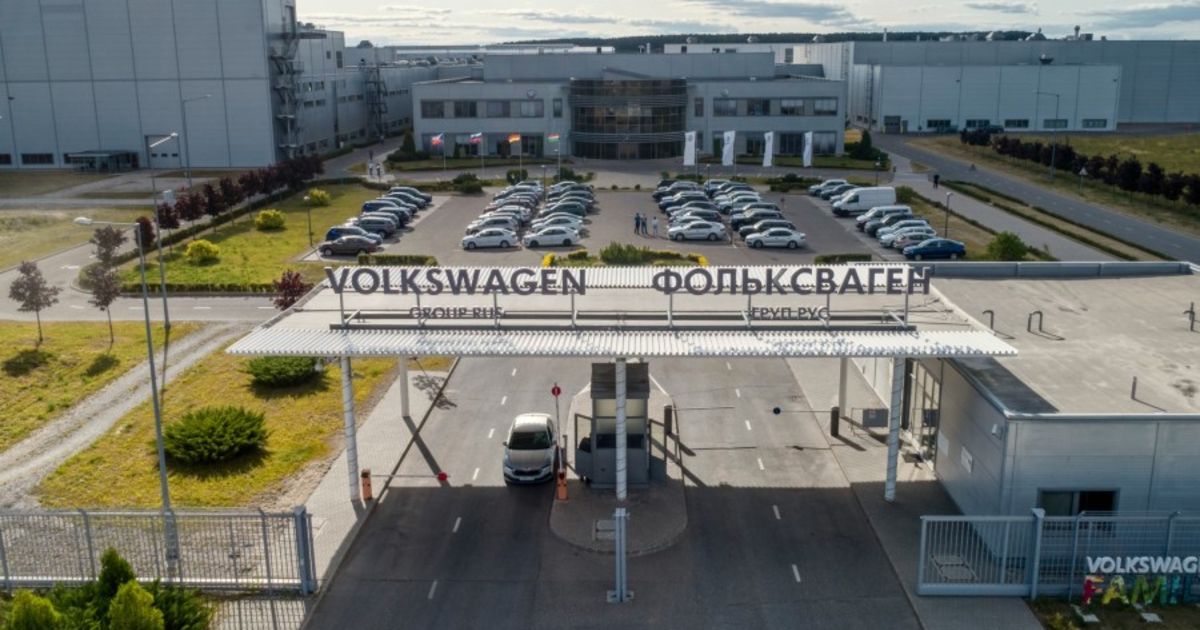 PARIS — Any sanctions imposed on Russia for its actions in Ukraine by the U.S. and allies could affect Europe’s biggest automakers, including Renault Group, Volkswagen Group and Stellantis. All three have significant operations in Russia.

Renault Group has the most exposure with its controlling stake in AvtoVAZ, maker of Lada, long the market leader in Russia. In addition to the huge AvtoVAZ factory in Togliatti, Renault has an assembly plant near Moscow — and Russia is the group’s second-largest market after France.

U.S. and European governments were threatening new sanctions on Tuesday after Russian President Vladimir Putin recognized two self-proclaimed separatist republics in eastern Ukraine and ordered troops sent to them in the latest escalation of Moscow’s standoff with the West.

Those sanctions would probably apply to the separatist areas, but U.S. President Joe Biden has promised “swift and severe economic measures” should “Russia further invade Ukraine.”

It is not clear what form these would take, but sanctions reimposed on Iran after the nuclear arms agreement collapsed in 2018 also applied to foreign companies doing business there.

As a result, PSA Group, Renault and others abandoned production operations in Iran. PSA lost hundreds of thousands of annual sales because of decision.

Renault CEO Luca de Meo said on Friday that the automaker was monitoring the situation “carefully.”

“We have a great interest in the Russian market,” he told investors on Renault’s 2021 results call, noting that Lada sales were “90 percent” in Russia, and parts sourcing was highly localized, which could avoid supply chain issues for components coming from outside Russia.

Renault CFO Clotilde Delbos said AvtoVAZ’s debt and financing was local, “with no support from Renault Group,” and that it was “fully self-sufficient.”

Renault’s shares were down 4.2 percent on Tuesday in European trading.

On Tuesday, Nicolas Maure, the CEO of AvtoVAZ, said the automaker is looking to secure alternative supplies of electronic chips in case U.S. sanctions curbed deliveries to Moscow.

Renault Group may have the largest stake in Russia, but a number of other European automakers operate assembly factories in the country and record significant sales there, led by VW Group and Stellantis, both of which have factories in Kaluga.

Kaluga, about 180 km southwest of Moscow, has become a center of the Russian auto industry. Prominent suppliers in the area include Continental, Magna International and Visteon.

VW Group’s plant there builds the VW Tiguan SUV and Polo small car, as well as the Skoda Rapid compact sedan. It also builds engines and assembles Audi Q7 and Q8 SUVs from semiknockdown kits. Total production in 2021 was 118,000 vehicles; engine capacity is 150,000 units a year.

The automaker also has an assembly agreement with GAZ to build VW and Skoda models at the contract manufacturer’s factory in Nizhny Novgorod.

VW says it has invested more than 1 billion euros in the Kaluga plant, which opened in 2007, and more than 2 billion overall in its Russia operations.

Stellantis operates a factory in Kaluga in a joint venture with Mitsubishi Motors. Just last month Stellantis announced it would begin exporting vans built at the factory to Europe.

The plant began building vans in 2017 for the former PSA Group, which merged with Fiat Chrysler Automobiles in 2021 to form Stellantis. The factory currently assembles vans for Peugeot, Citroen and Opel.

“We are monitoring the situation closely and have no further comment at this stage,” a Stellantis corporate spokeswoman told Automotive News Europe on Tuesday.

Other European automakers with interests in Russia include:

“We are very concerned about the recent developments and hope that further escalation can be prevented,” a Mercedes spokeswoman said in an email to ANE. “As a matter of course, we also take into account applicable sanctions in our business activities with Russia.”

BMW and Ford did not immediately respond to request for comment on Tuesday, but BMW told the Associated Press last week that “politics sets out the rules within which we operate as a company” and that “if the framework conditions change, we will evaluate them and decide how to deal with them.”

The Russian auto market was up 4.3 percent in 2021 to 1,666,780 units, according to the AEB trade group. Five of the top 10-selling cars were Renault Group products, including the No. 1 Lada Vesta, with 113,698 sales. Of the top 25-seller in the country, 12 were from the Renault-Nissan alliance, six were from Hyundai-Kia and four were from VW Group.

Olivier Mornet, president for sales and marketing at AvtoVAZ, told reporters at the end of January he expected the Russian market to see slightly higher sales this year.

“Maybe there will be a small increase (in sales) to 1.75 million vehicles (in 2022),” he said. “This is a baseline forecast. Many factors could affect it.”

Bloomberg and Reuters contributed to this report