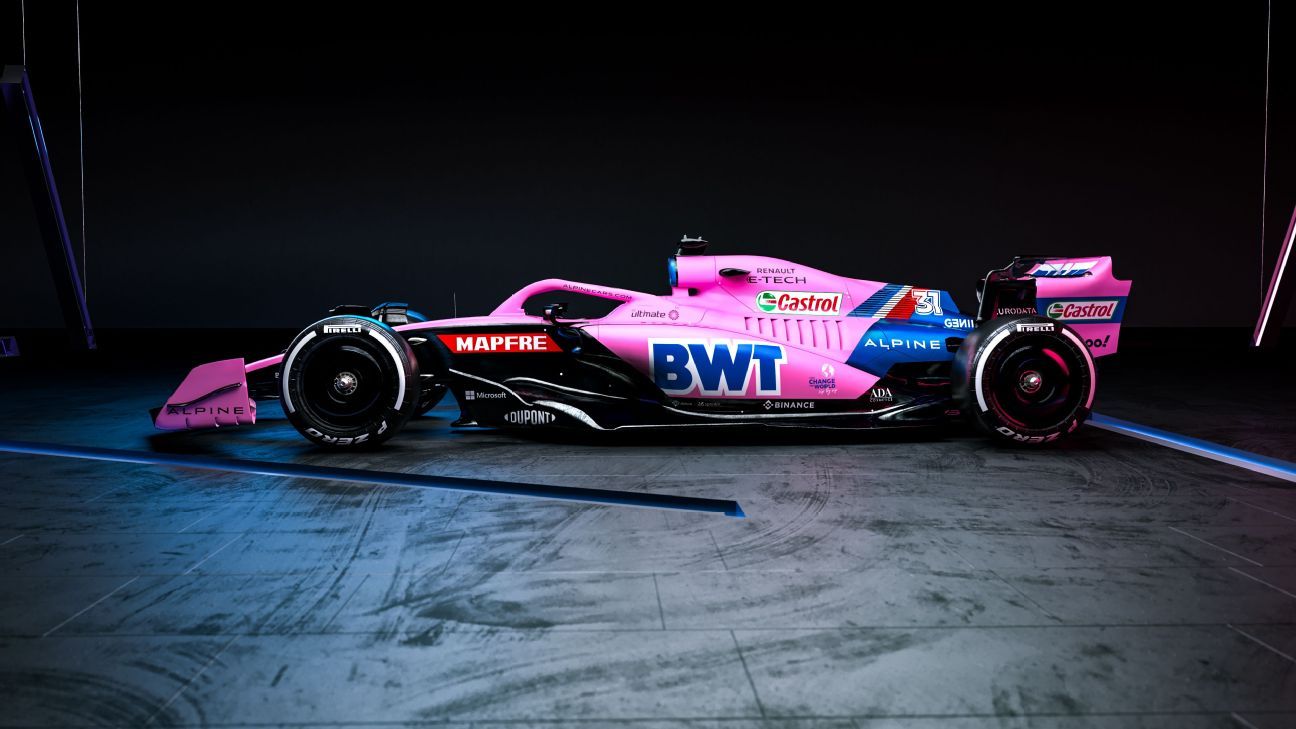 Alpine will contest the first two Formula One races of 2022 in a predominantly pink livery before switching to a different scheme for the rest of the season.

This year Alpine has a new title sponsor, BWT, which previously sponsored the Force India team in 2018 and 2019.

To mark that new partnership Alpine has produced two liveries — a “real” one for the season, and a “flipped” one for the opening two races of the year.

Alpine, who’s drivers are Fernando Alonso and Esteban Ocon, will race in the pink livery at the Bahrain and Saudi Arabian GPs.

It will then switch to its regular livery for the rest of the season, where the Alpine blue is the predominant colour.

The cars in the photos are a show car. As the launch event in Paris took place the 2022 car was in Barcelona, where it had taken part in a filming day and taken to the track for the first time.