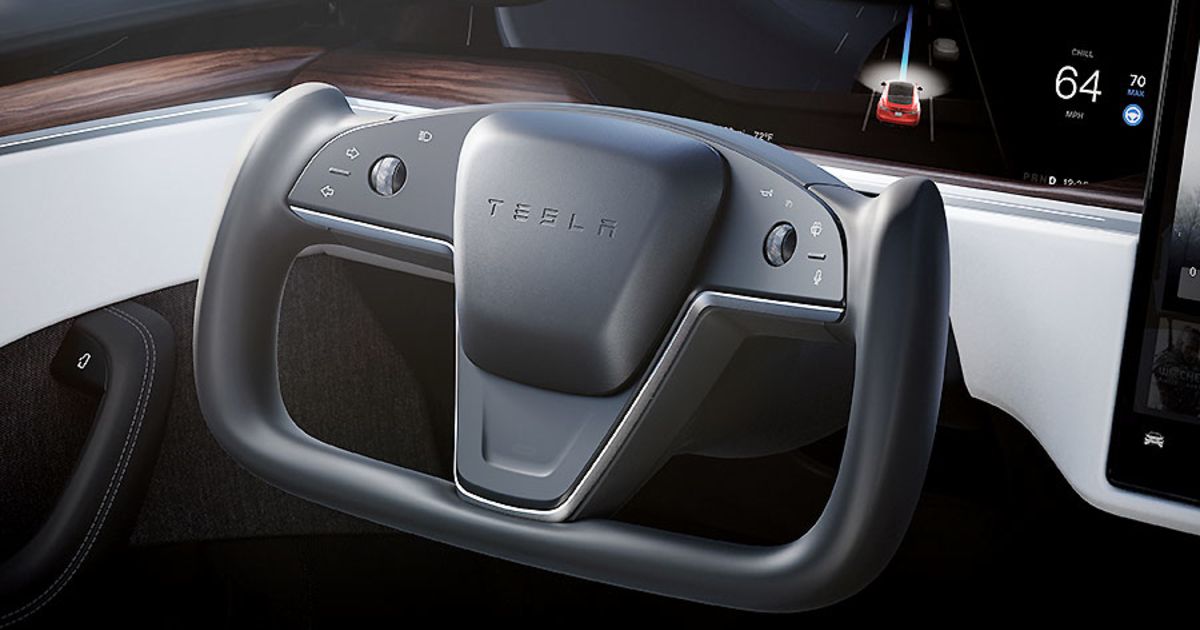 Tesla’s Elon Musk disappointed fans and investors last month when the brash CEO ruled out a 2022 launch for the eagerly awaited Cybertruck, the wildly styled pickup that could open up a lucrative new vehicle segment for the electric automaker.

Instead, Musk promised something wilder still: vastly improved “Full Self-Driving” software by year end that could turn existing Teslas into driverless robotaxis, capable of making money for their owners. The software is in the beta test phase and requires drivers to maintain control at all times.

The automaker agreed in recent months to two NHTSA recalls for problems related to the software, known as FSD in the Tesla community. And regulators in California are taking a new look at Tesla’s exemption from autonomous-vehicle testing rules followed by other companies working on vehicle autonomy.

“We’re seeing NHTSA flex its muscles to tell Tesla that they’re serious, and we’ll see where that goes,” said Philip Koopman, a Carnegie Mellon University professor who focuses on AV safety. “What I think Tesla should do is abide by the law. They should follow the rules like everyone else.”

The regulatory scrutiny comes in addition to the complex technical challenges Tesla and rivals such as Cruise and Waymo are struggling to overcome. Also, consumers don’t seem to be clamoring for robotaxis just yet, although part-time autonomous systems for city and highway driving are gaining acceptance.

According to a 2021 AutoPacific survey of 89,000 car owners, “hands-off, fully autonomous” operation — with the option to take the wheel when desired — drew interest from 17 percent of those surveyed for their next vehicle. Only 7 percent were interested in fully autonomous driving with no steering wheel.

Tesla’s “self-driving” software, currently priced at $12,000, is more than just a feature to keep buyers happy. Its promise helps justify the company’s sky-high market valuation, according to financial analysts. Musk has suggested Tesla vehicles could generate income for owners by joining a taxi service.

“I would be shocked if we do not achieve full self-driving safer than a human this year. I would be shocked,” Musk said last month. “The cars in the fleet essentially becoming self-driving by a software update, I think, might end up being the biggest increase in asset value of any asset class in history. We shall see.”

Years in the making

Musk made those comments on a fourth-quarter earnings call that highlighted last year’s record sales, record profits and a 2022 product road map that focused more on software development — including for a humanoid robot — than future vehicles such as the promised Cybertruck and Roadster coupe.

While Musk has predicted the imminent arrival of Tesla robotaxis for several years, 2022 marks the first time tens of thousands of Tesla owners are using the “self-driving” beta software and interacting with it to suggest improvements.

Previously, the software was in the hands of a limited group of testers.

Musk has responded to the greater regulatory scrutiny, along with the Biden administration’s perceived favoritism toward unionized automakers in Detroit, with blasts of criticism from his Twitter account.

Musk opined to his 72.6 million followers last month that President Joe Biden “is a damp sock puppet in human form,” using the sock emoji. The CEO was responding to Biden’s praise for EV investments by General Motors and Ford, while ignoring Tesla’s leadership over the past decade. Biden has since been more generous to Tesla in recent comments.

“There is no fear, no sense of serious consequence for Elon,” said Karl Brauer, executive analyst at iSeeCars.com and longtime industry observer. “He really doesn’t have to follow a lot of the traditional, conventional protocols that the rest of industry executives have to.”

The recent clash between regulators and Musk foreshadows more battles as the “self-driving” beta gains greater functionality and is released to more Tesla owners. According to the automaker, about 60,000 customers have downloaded it in the U.S. Musk has said Canada buyers will get the software soon.

Tesla is not alone among technology developers who bristle at regulations that could slow them down, said Koopman, who advocates for industrywide standards to protect the public. But Tesla is pushing the envelope by using its customers as testers rather than safety drivers, as competitors are doing.

“It’s clear these vehicles still need very frequent control by their human drivers,” Koopman said of Tesla’s beta software. “This is pretty janky, immature software. Why would you trust it when it takes so many unsafe actions?”

The late January recall of Tesla’s FSD software was to remove a function that allowed vehicles to run through stop signs at low speed. Although Tesla accepted the recall voluntarily, Musk took to Twitter to argue the automaker’s case.

“There were no safety issues,” Musk wrote on Twitter. “The cars simply slowed to [about] ~2 mph & continued forward if clear view with no cars or pedestrians.”

NHTSA’s recall notice said the “rolling stops” were faster than stated by Musk and were unsafe.

Tesla does not have a public relations department and does not respond to media inquiries. Musk is the de facto spokesman through his Twitter account, and the automaker sometimes issues press releases and blog posts.

Tesla is not aware of any collisions, injuries or fatalities as a result of the “rolling stop” feature that has been present since October 2020 when the beta software was in limited release, according to NHTSA.

In California, Tesla has told regulators that the “self-driving” beta is driver-assistance software not subject to rules for autonomous vehicles, such as background checks for drivers. But the Los Angeles Times reported in January that the California Department of Motor Vehicles is taking a fresh look in light of Tesla’s recent safety issues.

Those issues include an ongoing NHTSA probe into Teslas crashing into emergency vehicles while on Autopilot, as well as consumer complaints of sudden “phantom braking” under certain circumstances.

Tesla’s previous recall for its “self-driving” software, in October, involved a version that could cause a false forward-collision warning, triggering hard braking, according to the recall notice.

A Washington Post report this month said NHTSA had received more than 100 reports of phantom braking in three months.

In general, Musk has defended Tesla’s aggressive push into self-driving software as a revolutionary development that will vastly reduce traffic deaths over time. Last month, he said it has the potential to create automated ride-sharing that would be cheaper, safer and more convenient than public transportation.

Musk even chided financial analysts on the January earnings call who pressed him on promised products such as the Cybertruck, Roadster and a future $25,000 car for the masses.

“It’s apparent from the questions that the gravity of Full Self-Driving is not appreciated,” Musk said, pointing to robotaxis as a replacement for personal vehicle ownership.