Video footage of bubbling and smoking water taken at a marina and posted to Facebook claim to show the aftermath of an accident involving a Tesla Model X in Spain.

The short clip simply shows water bubbling and smoking, not unlike the contents of a witch’s cauldron. Images added by Tom Powell on Facebook’s Boat Fails, meanwhile, show a Model X, supposedly fully charged, being pulled out of the sea. Fortunately, this being a marina, they had all the necessary equipment on hand to perform the operation.

The post shares little information about the context of the accident, but per the original poster, the video was taken about 12 hours after the car fell in the water. As seems reasonable, the divers waited until the bubbling stopped before going under to retrieve it.

How the Tesla fell into the sea may provide important information about why the vehicle was causing such a reaction. We’ve previously seen a Tesla intentionally submerge itself to prove that it could drive underwater, which it did mostly successfully and without any such bubbling.

Read Also: Watch What Happens When You Try To Drive A Tesla Model S Plaid Under 7 Feet Of Water 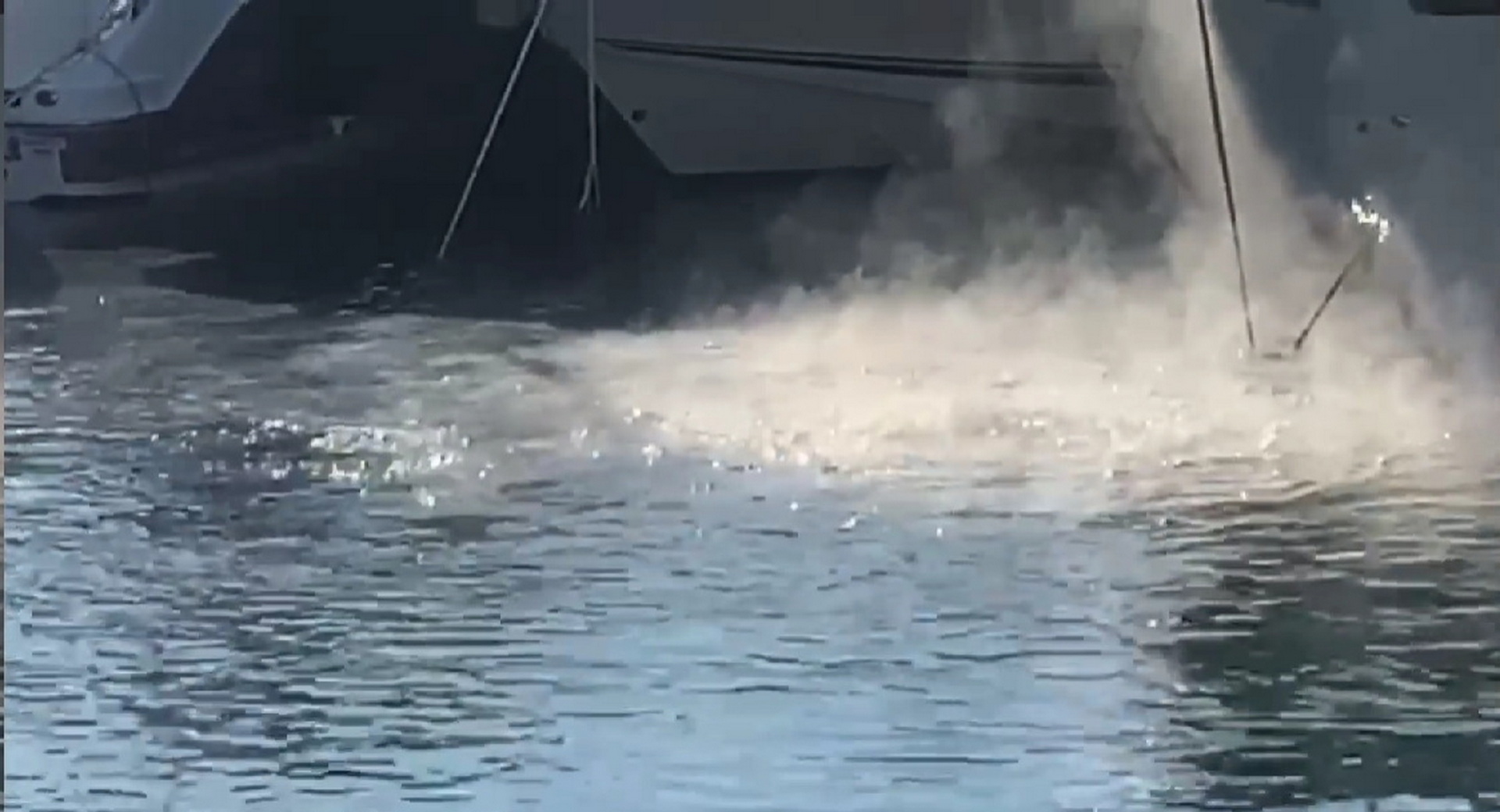 In this case, it’s possible that the battery ruptured on its way into the water or that the time spent underwater was simply too much for the electrical system’s insulation and safety precautions to deal with. Indeed, after the YouTube Rich Rebuilds bought a Tesla Model S that had been waterlogged in Hurricane Sandy, one of the modules was so corroded by the saltwater that it began exploding when he took it apart, per Green Car Reports.

Lithium, one of the constituent parts of most automotive batteries is highly flammable and produces enormous heat when it’s exposed to water. If a battery module ruptured after the accident that put the Model X in the water, it could possibly have led to this sort of reaction. As we know, EV fires can be very tricky to put out.