It’s a sad day to be a Ford Bronco enthusiast as a perfectly good example has been destroyed after it was driven into a frozen section of the Ohio River.

Social media users state that the driver of the Bronco veered around a ‘road closed’ sign in the area prior to taking their unintended dive into the river. Speaking with The Drive, administrator of the Bronco 6th Gen group on Facebook, Dave Landwehr, who also owns a marina near where the incident happens, notes that the river had risen in recent days and was covered in snow and ice. He suspects the Bronco driver may have been unfamiliar with the area and simply thought a section of road was covered in snow. 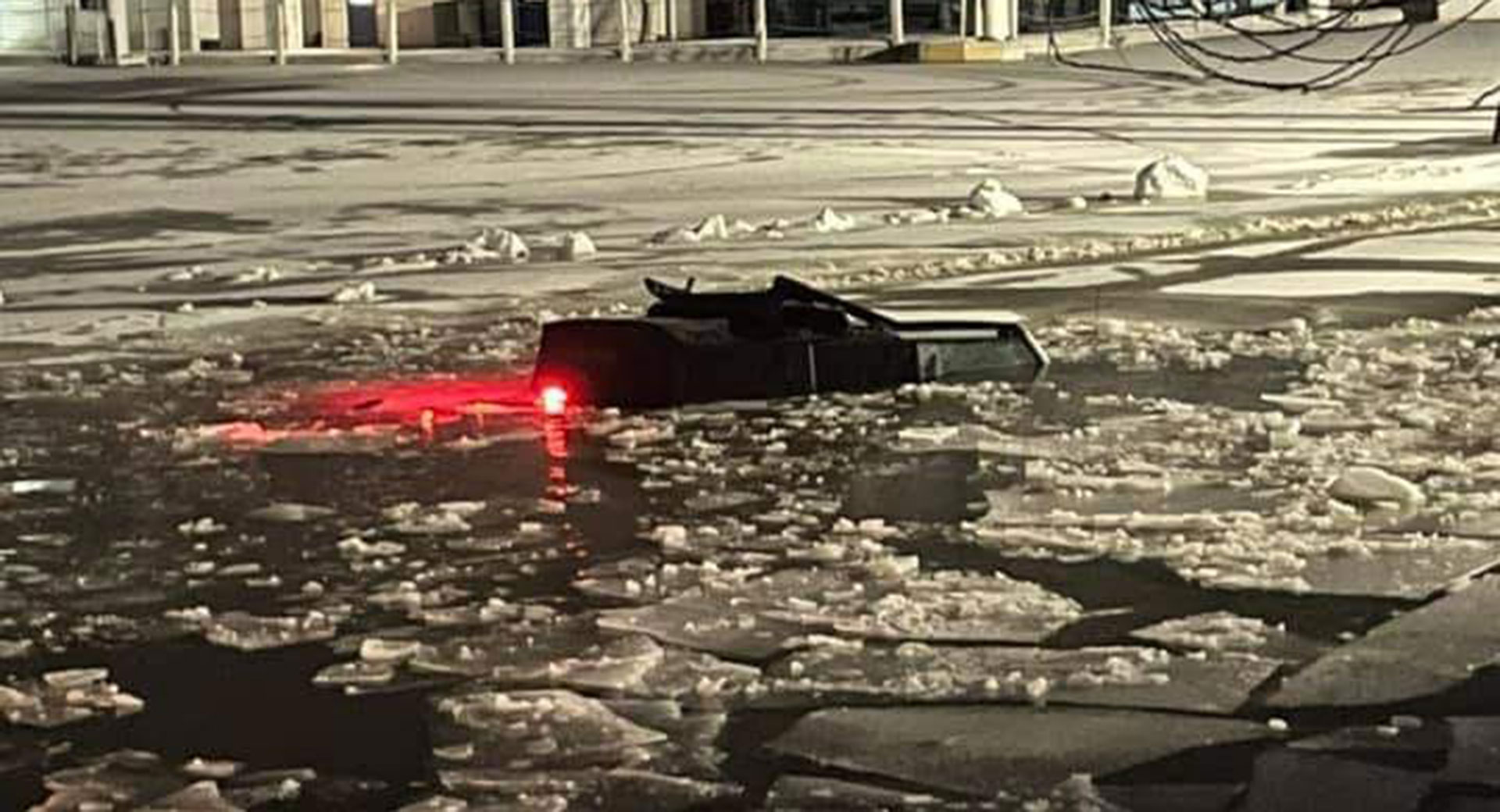 However, shortly after veering around the ‘road closed’ sign, the Bronco broke through the thin layer of ice. Unable to open the doors to get out, the driver and passenger were forced to open up the soft top to escape. They swam to shore where a number of locals helped them.

Landwehr says that the owner of the Bronco decided against having the off-roader immediately recovered from the frigid lake, likely knowing that its fate had already been sealed. Instead, they decided to wait until the river lowered to its normal levels, which took a few days.

When the Ford was finally recovered, its cabin was bathed in dirt, water and ice and in all likelihood, all of the electronics have fried. The Bronco appears to be a Big Bend variant but it isn’t known if it has the entry-level 2.3-liter EcoBoost four-cylinder or the more powerful 2.7-liter EcoBoost V6. With the possible exception of some exterior parts, there’s probably not much from this Bronco that can be salvaged.