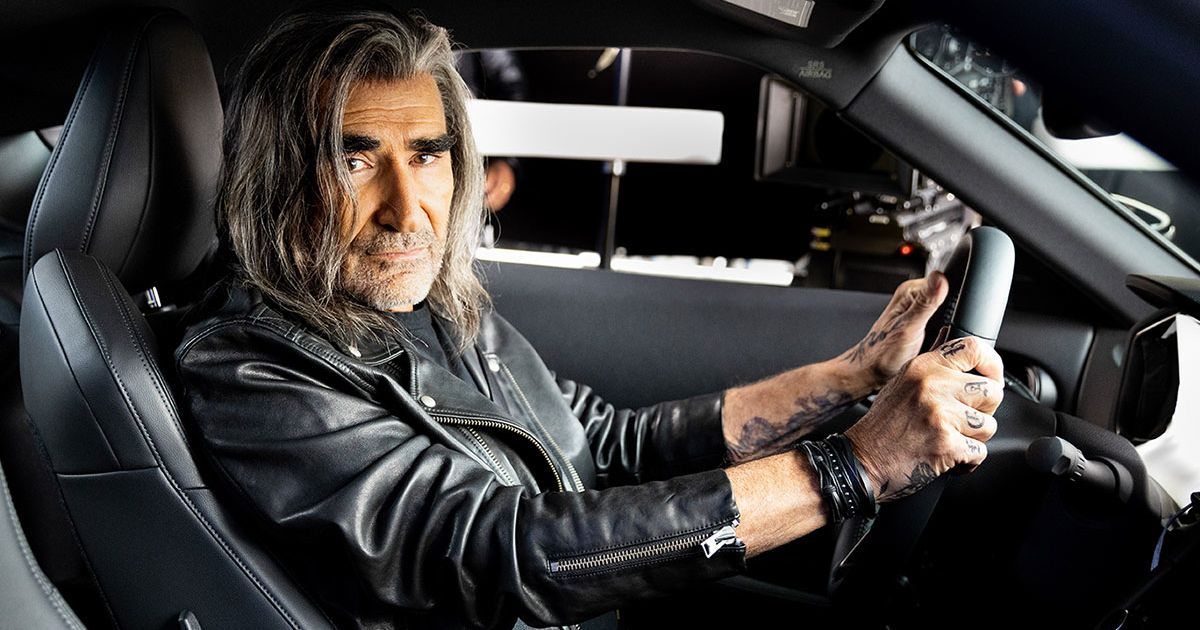 The actor, known for his comedic roles, morphs into an action hero when he gets behind the wheel of the redesigned Z coupe and zooms past a new Nissan entry — the electric Ariya crossover — in the process.

Levy’s dramatic makeover is a nod to Nissan’s ongoing transformation.

Redesigned versions of the Frontier, Rogue and Pathfinder are on the market alongside the recently freshened Armada and Kicks. Those vehicles will be joined this year by the reworked Z and the Ariya, the brand’s second battery-electric vehicle after the Leaf.

Allyson Witherspoon, chief marketing officer for Nissan U.S., wants viewers to see Nissan “in a different light and in an unexpected way” in the ad, which is called “Thrill Driver.” The spot also features actors Brie Larson, Dave Bautista and Danai Gurira, who are all action heroes in their own right, and Catherine O’Hara, who starred with Levy in the sitcom “Schitt’s Creek.”

The 60-second spot is slated to air in the fourth quarter.

This is Nissan’s first Super Bowl spot since 2015, when it featured the GT-R LM Nismo race car in a tale about the son of a race car driver growing up while his father was away, and only the second since 1997.

Nissan has been running a yearlong brand campaign as it updates its product portfolio, and with the Ariya and Z on the way soon, Witherspoon said the timing was right to get back into the game. The Nissan brand’s U.S. sales rebounded in 2021, jumping 12 percent to 919,086 as the industry recovered from the pandemic while dealing with a global microchip shortage. In 2020, the pandemic helped end the brand’s eight-year streak of at least 1 million sales.

Nissan decided to release its spot more than a week before the Super Bowl instead of waiting until the game, as some brands do. The brand began teasing it Jan. 31 before debuting it during NBC’s “Today” show Feb. 3.

The teaser trailers and the spot itself had drawn more than 35 million views on YouTube as of Tuesday. Plus, Nissan’s crew of celebrities gave the spot and its teasers a push to their considerable Twitter followings to amplify it even more.

“I think it gives us a little bit more time for it to be embedded and to kind of soak in,” Witherspoon said.

The tear-jerker approach Nissan used in 2015 gives way to humor this time around.

Larson, a Nissan ambassador who starred in Captain Marvel, pulls up to a studio lot in the Z and tosses the keys to a reluctant Levy. While getting a feel for the Z, Levy gradually lets loose until stopping in front of a cafe, where Gurira and Bautista see him as they’re discussing a movie script.

The plot suddenly turns, and Levy is now in an action flick, pulling wild stunts in the Z with Gurira and Bautista as his partners. The ad then shows them watching the movie in a theater amid roaring applause.

The group later heads out to a waiting Ariya, but Larson takes the keys from Levy this time and says she’ll drive.

“We knew that we wanted to take a more comedic tone — more of a lighthearted tone,” Witherspoon said. “I also think just based on where we are in the pandemic, with everything else that’s going on, I think there is a little bit of fatigue that’s happening, and people want to have a smile on their face.”