The Florida Department of Highway Safety and Motor Vehicles has released a comprehensive list of vanity plate requests that were recalled or rejected in the state last year.

More than 500 vanity plate applications were rejected in Florida in 2021. Some of them are blatantly offensive while others are more subtle and there are some that don’t even seem that bad.

Read ALso: T0 HIGH No More: All The License Plates Denied By The Oregon DMV In 2021 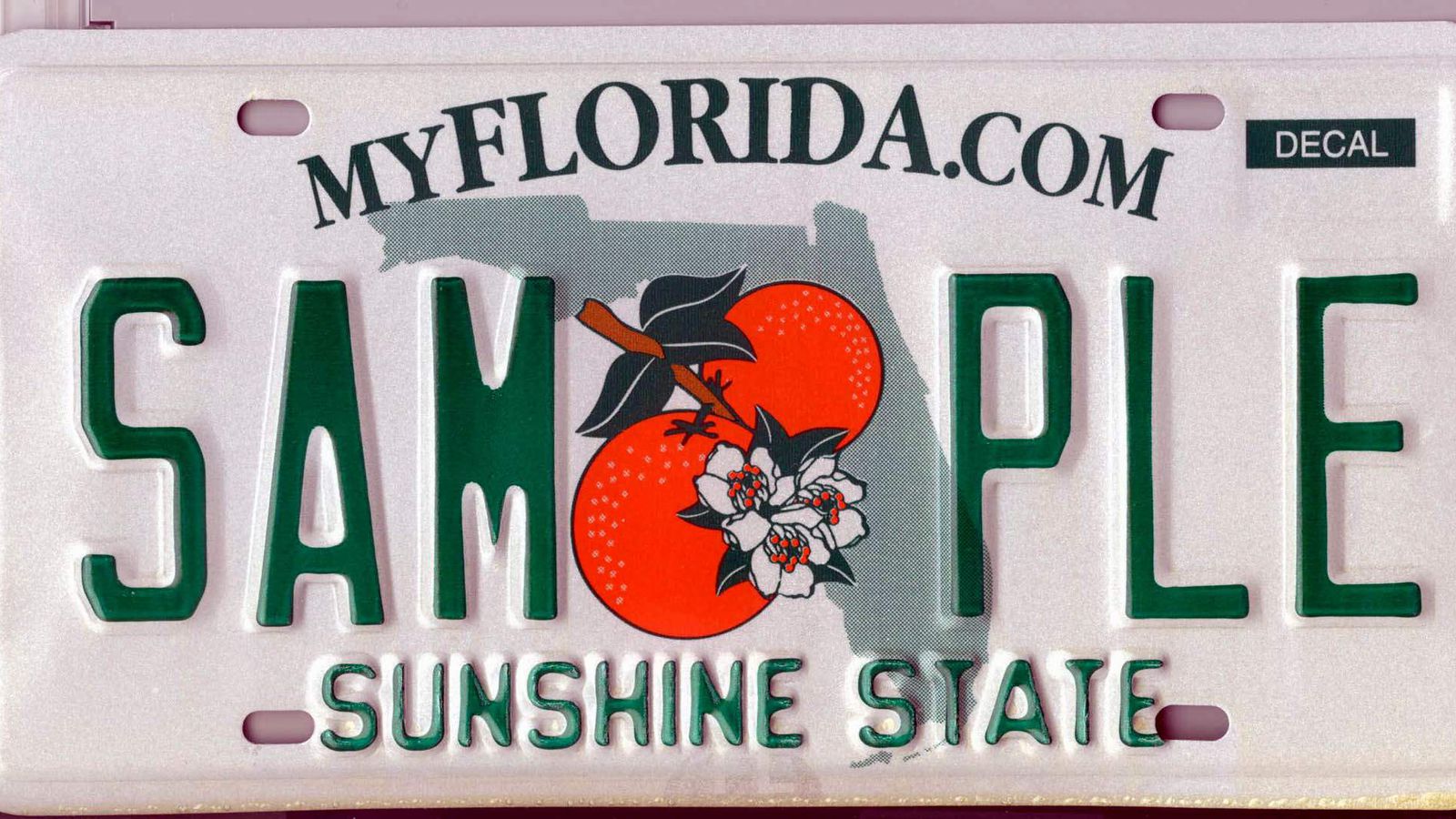 Speaking with UPI, the Florida Department of Highway Safety and Motor Vehicles says that it can reject any vanity plate request deemed to be obscene or objectionable. Many of the rejected plates have some kind of profanity or make reference to offensive topics. Plates can also be recalled if they are reported by members of the public.

Personalized license plates that are rejected are done so within 15 days and applicants are refunded their taxes and fees.

Departments in other states through the U.S. also have to routinely reject vanity plate requests. In Oregan, a spokesperson for the local DMV said the department uses tools like Urban Dictionary to determine if plates are offensive.

“We Google things,” David House told Newsweek. “We use Urban Dictionary. Slang changes a lot, so we need to make sure that some of the things that are run by our desk don’t violate these very basic rules that have been in place for decades.” 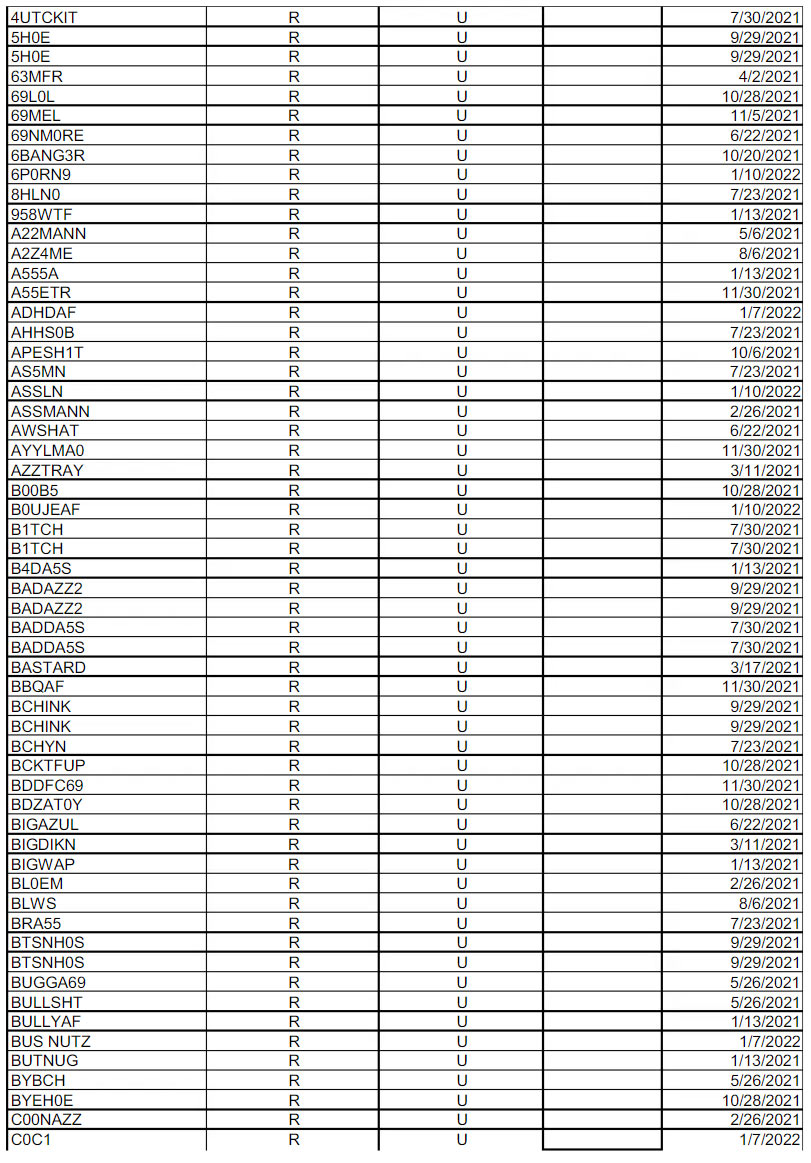 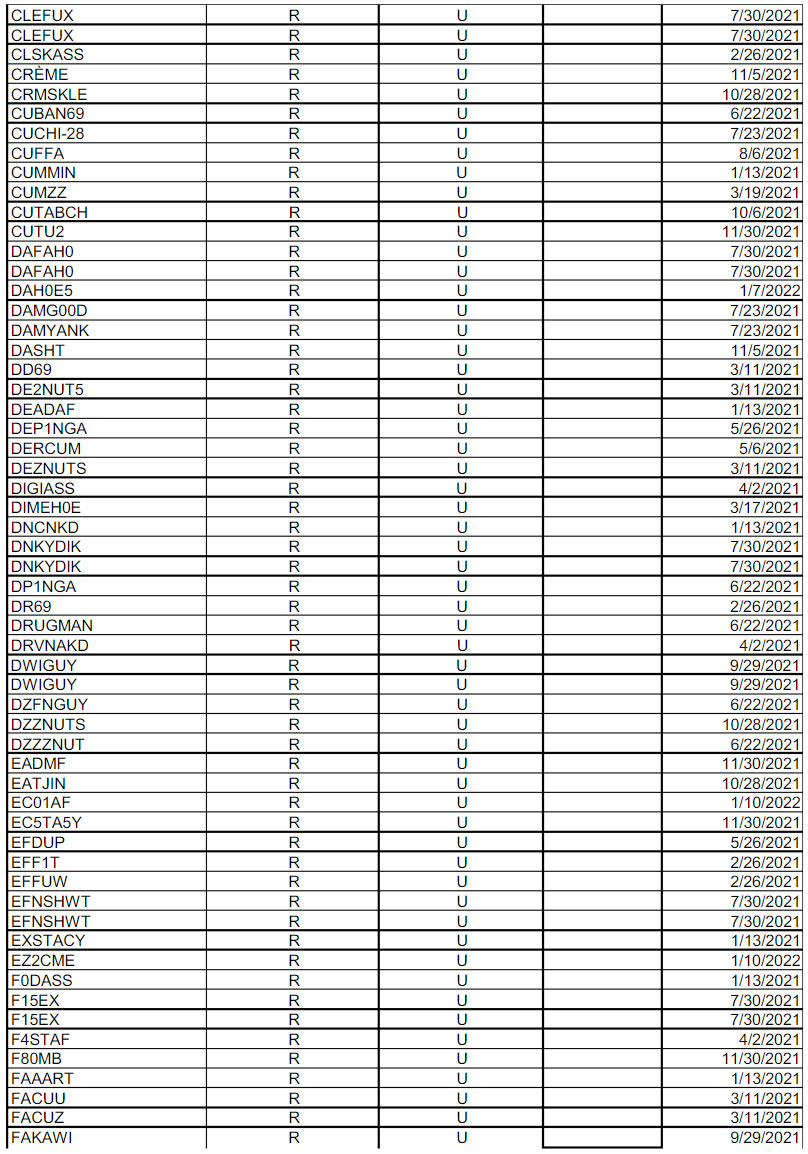 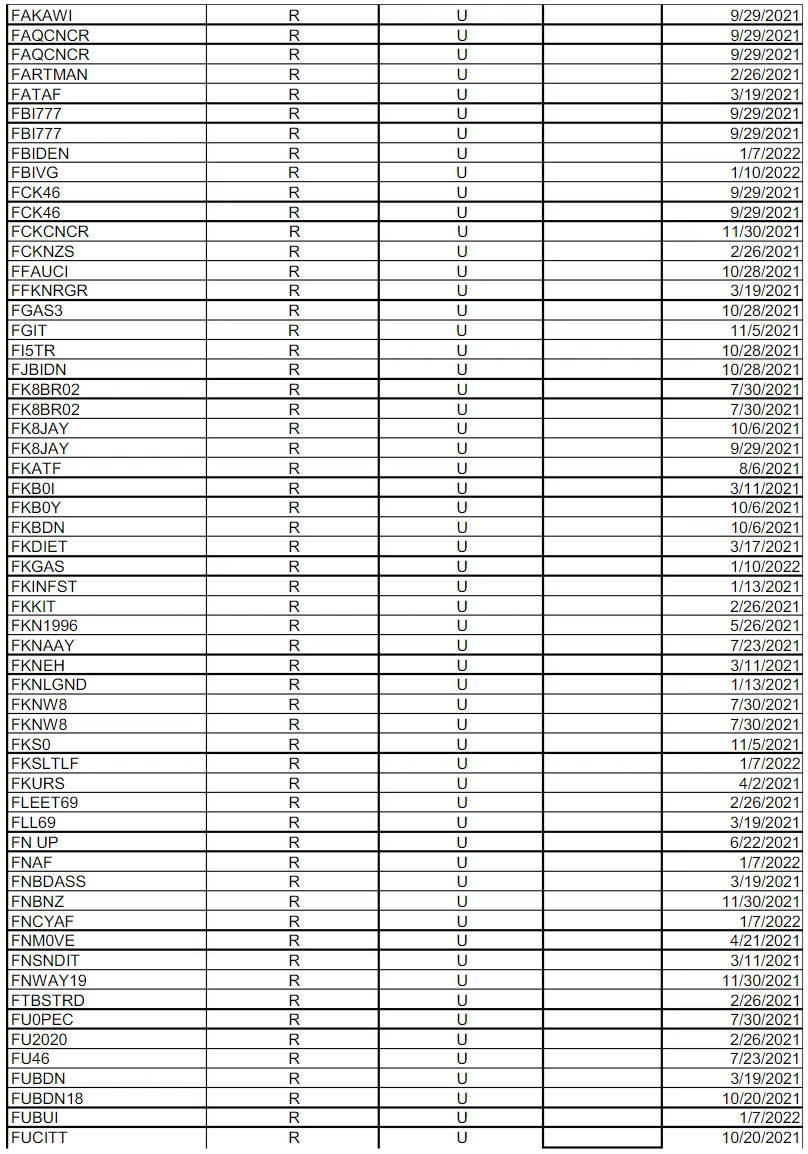