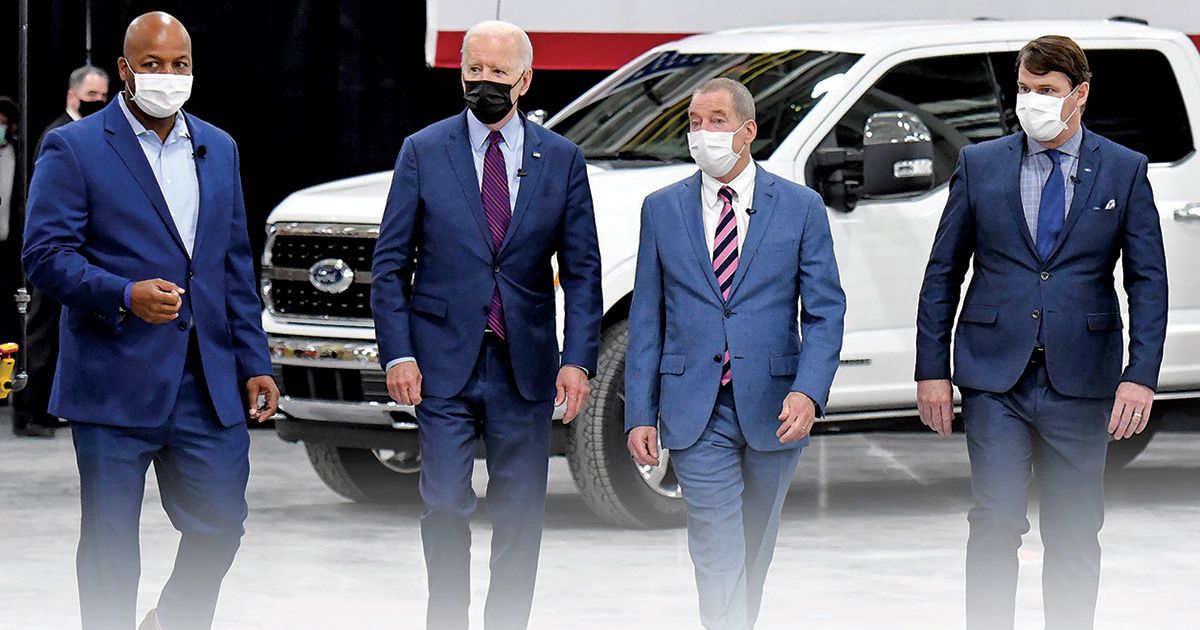 In most parts of the world, electric vehicle sales are little more than a trickle right now. Sure, Norway stands in a class of its own — 65 percent of vehicles sold there in 2021 were fully electric — but in other regions, that percentage is more likely to be the low single digits.

Even so, the auto industry is confident consumers will make the switch in the coming years. For anyone unclear about this, just look at the huge sums of money automakers have said they will spend on the shift to EVs.

“There are a lot of variables at play here, but if things continue the way they are, we fully expect electric vehicles to become a very prominent part of the industry,” said Brent Gruber, senior director of global automotive at J.D. Power. “I think there’s no better indication of that than the amount of investment that manufacturers have put into the space.”

Some automakers are hedging their EV bets — American Honda’s general manager of automobile sales said demand is “a little out of whack” with the number of EVs coming to market — but the industry is getting ready for regulatory deadlines expected in the next decade that will force changes.

In December, President Joe Biden signed an executive order that will end U.S. government purchases of gasoline-powered vehicles by 2035. The European Union also is considering rules that would ban the sale of non-zero-emission vehicles there by 2035.

With these targets in mind, automakers are slowly but surely getting their lineups of EVs ready as they talk about phasing out gasoline-powered vehicles. The big unknown is how customers will respond.

Customer surveys repeatedly show that once someone buys an EV, they are likely to be pleased with it, but not everyone is ready to make the leap. In 2020, 2.1 million all-electric vehicles were sold worldwide, according to data from LMC Automotive. That number more than doubled to 4.5 million in 2021. J.D. Power’s 2022 U.S. Electric Vehicle Experience Ownership Study found that new EV owners were “highly” satisfied with their cars, scoring 754 on J.D. Power’s 1,000-point scale.

But this won’t be a quick shift. Deloitte’s 2022 Global Automotive Consumer Study found that 69 percent of U.S. consumers expect their next car to be an internal combustion engine vehicle and that 53 percent won’t pay more than a $500 premium to go electric.

Consumers have been saying similar things for a decade. In a survey conducted in late 2010 and early 2011 by the International Council on Clean Transportation, for example, the “vast majority” of consumers expected a new EV to cost less than $30,000. Similarly, Consumer Reports found that 87 percent of respondents to its 2012 Car Brand Perception Survey said they had some form of concern with plug-in cars.
But things are changing. Gruber said recent EV introductions into new segments, including pickups and crossovers from longtime brands customers trust, are inviting in shoppers.

Looking forward, alleviating what Jamie Hamilton, director of strategy and operations in the U.K. Automotive sector for Deloitte, called “charge anxiety” should be high on the industry’s list of things to get done. Gruber also said infrastructure is key.

“Ten years from now, when everyone sees a charging station on every corner like they do gas stations, that may remove [EV buying] hesitation,” he said. “We take the data that we have today and know that [the infrastructure is] woefully inadequate at this point in time. Ten years from now, you’re going to remove some of those barriers to consideration that will drive adoption and make somebody want to purchase that electric vehicle without that hesitation.”

Gruber also pointed to electric luxury cars as a way to increase interest in EVs. While EV sales make up just 3 percent of the overall market in the U.S. today, they account for approximately 20 percent in the premium segment. The high-tech features in EVs from Tesla and other brands — over-the-air updates, built-in voice assistants, automated-driving technology — is creating interest in mass-market EVs as well.

“Electric vehicles are the playground for new technologies,” he said. “Consumers see what [automakers are] doing in that space and I think that’s trickling down to other products, whether it’s premium or mass-market.”

Hamilton said getting customers to pay for these new features could be a way to sell more EVs without always incurring sticker shock.

“One of the things from the surveys that we’ve seen is how much would people pay more for certain features,” he said. “[Consumers] have consistently said they won’t pay a lot more for an EV, but they will pay more for some of the value-add software or experiential things.”