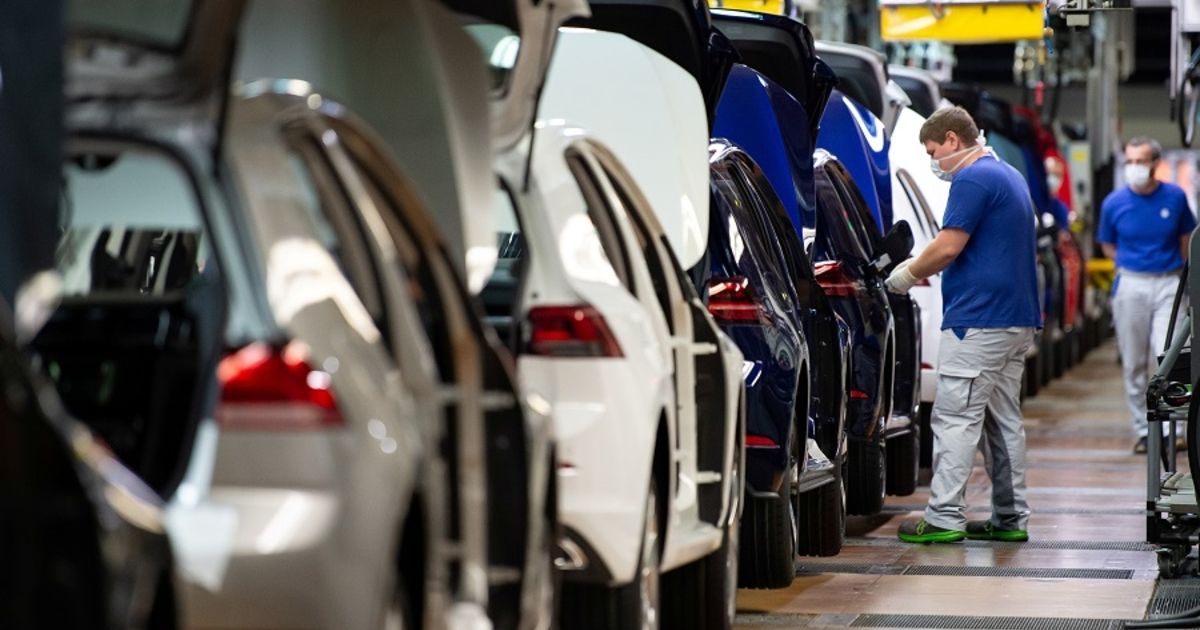 Volkswagen Group plans to cut nearly all night shifts at its main plant in Germany as Europe’s largest carmaker continues to battle the semiconductor crisis.

VW will cut the night shift, which provides workers extra pay, from the start of the second quarter on three assembly lines in Wolfsburg, the automaker said Friday, confirming a post on its intranet seen by Bloomberg News.

The move has drawn ire from labor leader head Daniela Cavallo, who said a compromise on compensation must be found.

“Our colleagues aren’t responsible for the fact that order books are overflowing while we can’t make the vehicles because of the lack of semiconductors,” Cavallo said in the post. “We’ll fight for partial compensation.”

Only a fourth assembly line that handles the Tiguan and its hybrid models, the Touran and Seat Tarraco will continue to run early, late and night shifts, VW said.

Factory workers at VW have been on edge amid growing tensions between the automaker’s powerful union leaders and CEO Herbert Diess, who hinted at possible job cuts in November to stay competitive in the face of Tesla and the shift to EV production.

The global shortage of chips forced VW to slash output at the sprawling Wolfsburg factory last year. The plant makes the VW Golf, which has consistently been Europe’s top-selling car, including last year with a volume of 205,720, despite a 27 percent decline.

Production stops at Wolfsburg because of the chip crisis limited Golf production, resulting in the tighest race in years for both the No. 1 and No. 2 places on Europe’s top 10 sales chart (see table, below).

The decision to cut the night shift was made in response to repeated short-notice cancellations and the need to furlough workers, the company said.

“It is unavoidable that we adjust our shift model to maintain competitiveness and secure jobs in the long term,” said Gunnar Kilian, the board member in charge of personnel. “Unfortunately, this step will also involve workforce cuts and the loss of hardship allowances for the night shift.”