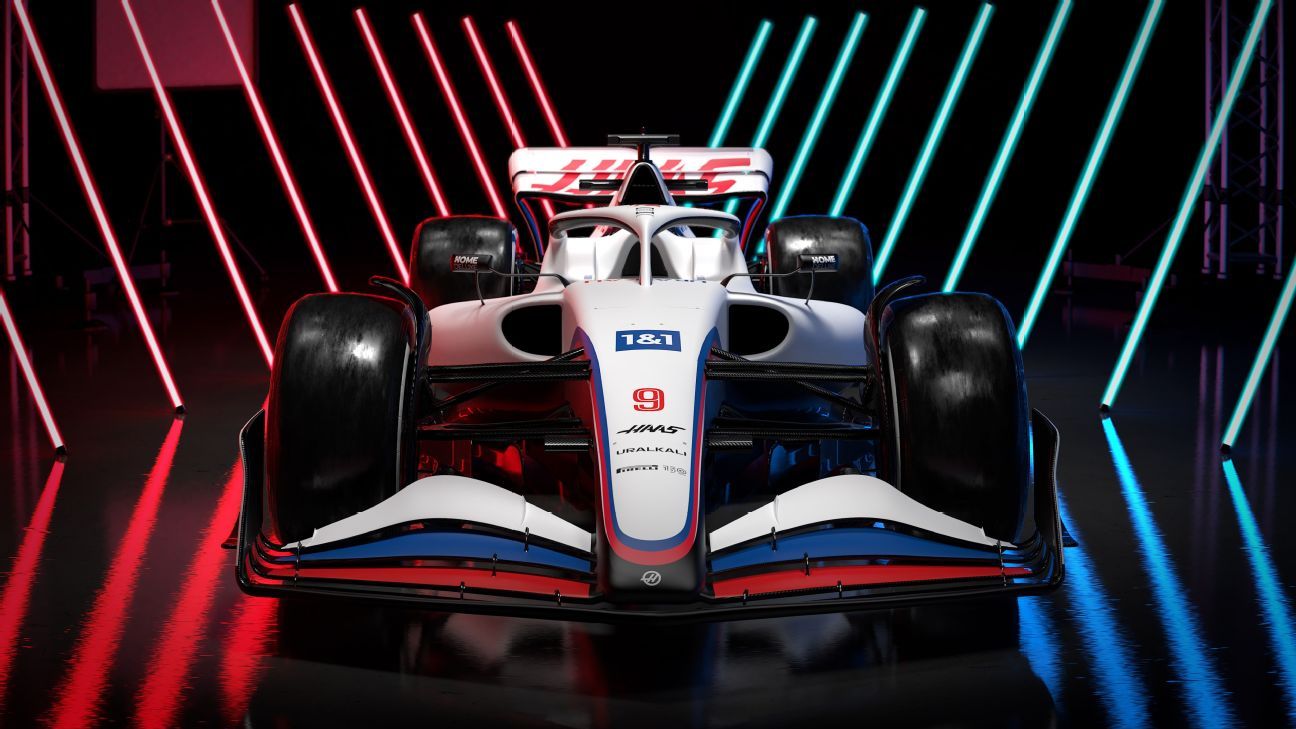 Haas has become the first Formula One team to release images of its 2022 car ahead of the upcoming season.

Built to the sport’s new technical regulations, the Haas VF22 is a dramatic departure from last year’s car with all new design concepts mandated by F1 and the FIA to improve wheel-to-wheel racing.

The new Haas resembles the concept car released by F1 last year, but has subtle differences around the nose, sidepods and floor area, which are likely to be areas of differentiation across all cars this year.

However, the images released by Haas were only computer renderings of the VF22, with more detail and design elements likely to follow when the actual car hits the track later this month.

Haas made a decision last season to commit all of its resources to its 2022 car, foregoing any meaningful development of its 2021 car.

Team principal Guenther Steiner hopes the decision will result in a return to the points this season after Haas finished in last place with zero points in 2021.

“It’s that time of year where you’re naturally optimistic that the hard work and effort of everyone will translate to a competitive entry on track,” Steiner said.

“We made the decision back in 2020 to really channel time and resources into the VF-22, foregoing anything track-related for 2021 — which wasn’t easy to watch. Hopefully that decision bears fruit and we return to challenging for points and taking something from the weekends.”

The car is powered by a Ferrari engine and continues to draw other components, including the gearbox and suspension, from the Italian team.

It is also the first Haas to be designed by the team’s new Maranello design department, which was set up last year to focus on the 2022 design and work more closely with Ferrari.

“This is probably the most complex project the Uralkali Haas F1 Team has dealt with to-date for many reasons,” Resta said. “It’s a completely new set of regulations and this season we’ve brought in a new team to manage the creation of the VF-22.

“Not everyone is new but a good chunk of people have joined with a revised structure now in place. I consider this as a great success in the process. We’re still early in the project and going through a transitional season of working together on a car for a full year, but if we look back where we started, this team is already a success.”

The Haas VF22 is due to hit the track at the first test of the new season at the Circuit de Catalunya in Spain from February 23 to 25.