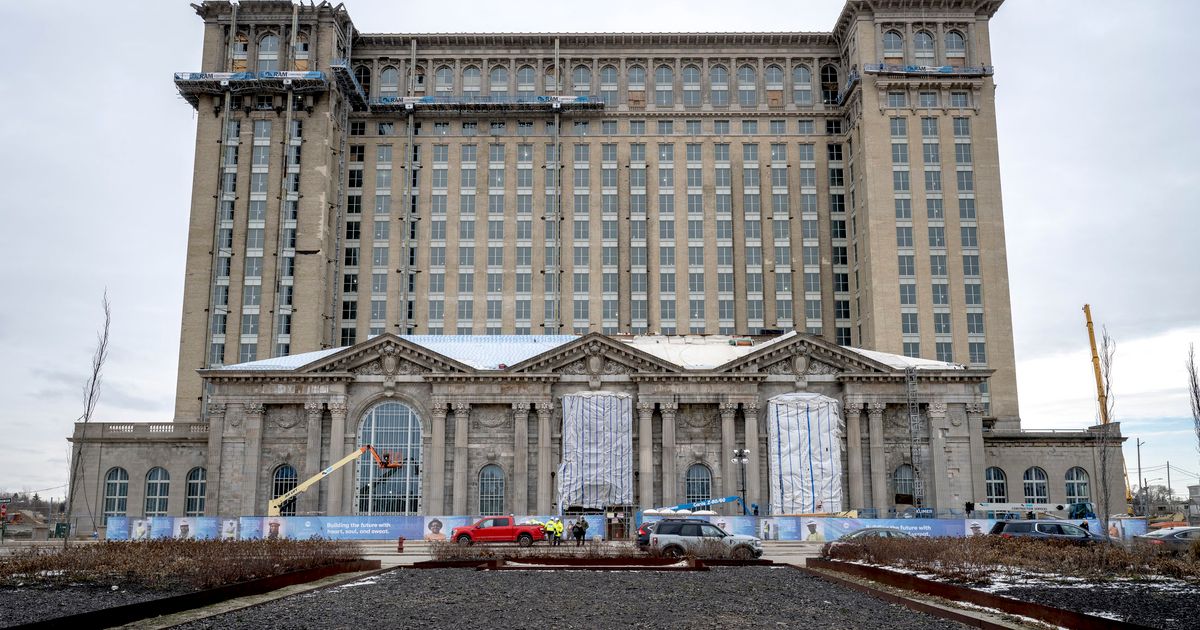 The tech giant and the automaker are set to announce Friday that Google will provide its cloud-based technological services at Michigan Central, the new name for Ford’s mobility innovation campus centered on the old train depot, Michigan Central Station.

“We think this MOU is the recommittment and acceleration we need heading into this year to really begin to activate the (innovation) district,” Trevor Pawl, the state’s chief mobility officer, told Crain’s Detroit Business, an affiliate of Automotive News.

Ford company officials have dubbed Google a “founding member” of Michigan Central and say Google will be the first of several companies to join the “ecosystem” of firms populating the tech campus west of downtown Detroit.

Google also will open a Code Next Lab at Michigan Central to teach computer science to high school students as a means of developing new talent that could work in the innovation district, said Mary Culler, a Ford executive who is development director for Michigan Central.

“We’ve been talking with (Google) about the importance of bringing the community into this program in the right way for, of course, job training and making sure that people are prepared for the next generation of jobs,” Culler said. “And we felt Google was a terrific partner, in particular with some of the programs they’re leading.”

Google’s computer-coding programs will be “a game-changer as we think about training the next generation of employees,” Culler said.

Much of the training will be done virtually, Culler said, acknowledging that it’s unclear whether Google will need to lease space in the train station or an adjacent building on the campus.

Google has an existing office in downtown Detroit.

“Obviously, together, we’ll be working through the details,” said Culler, who also is president of the Ford Fund, the automaker’s philanthropic arm. “But, ideally, the concept is that as a founding partner, Google will bring that program to this broader public partnership program and this will be a really exciting job-training component to the broader ecosystem … of the entire innovation district that we’re creating.”

“This partnership will expand our work in Michigan and help a substantial number of people gain the skills and tools they need to succeed,” Ruth Porat, senior vice president and CFO of Google’s parent company, Alphabet Inc.

“By offering digital skills training, mentoring to high schoolers learning to code and Google Cloud technology for Michigan Central projects and research on the future of mobility, we look forward to contributing to Michigan Central’s mission and all it will accomplish,” Porat added.

Ford has said it is investing $950 million in the mobility innovation campus in Corktown, including $740 million alone for the rehabilitation of the 109-year-old train station building and the adjacent Book Depository building. A third new office building is being planned on vacant land across Vernor Highway from the train station.

The automaker has said it plans to base 2,500 of its employees who work in the research and development of autonomous and electric vehicle technologies across the Corktown campus. Ford plans to recruit suppliers, tech companies, mobility startups and possibly other automakers to bring an additional 2,500 workers to the campus, Culler said.

The inductive vehicle charging pilot, first announced by Gov. Gretchen Whitmer last year at the Motor Bella show in Pontiac, will be funded through $1.9 million from the Michigan Department of Transportation and an unspecified contribution from Electreon.

Through a memorandum of understanding, the state of Michigan has committed $126 million in new and existing programs to support the development of Michigan Central, Pawl said.

That state support includes workforce training, a $35 million reconstruction of Michigan Avenue through Corktown and $72 million from the Michigan State Housing Development Authority over the next three years for the construction of new affordable housing units in the neighborhood, Pawl said.

“This is truly a whole of government approach,” Pawl said.

Ford’s Corktown project “aligns perfectly” with the Whitmer administration’s efforts to have 60 percent of the state’s adults have a college degree or high-quality certificate by 2030, Pawl said.

Within the $126 million, Pawl said, there will be new state assistance coming through the Michigan Strategic Fund that’s not yet been approved by the MSF board. Pawl said he could not elaborate.

“By embracing a whole-of-government approach in our collaboration with Michigan Central and the city of Detroit, we are writing the playbook for a new kind of partnership that keeps Michigan at the forefront of mobility for generations to come,” Whitmer said in a statement distributed by Ford.