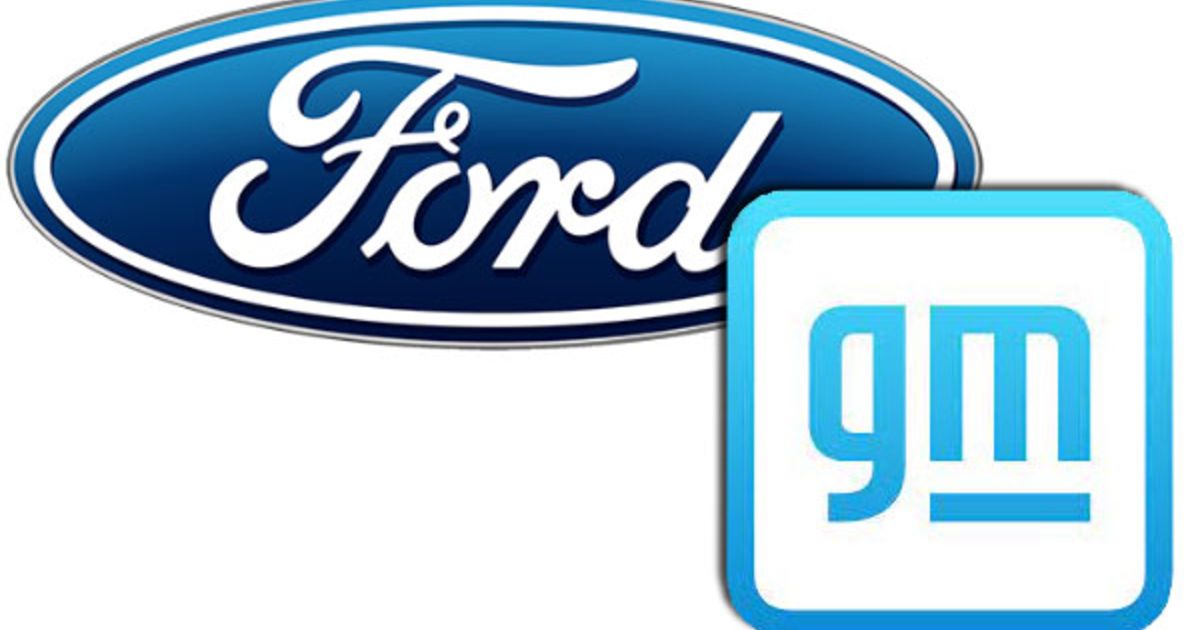 DETROIT — With the financial pain of the global microchip shortage largely behind them, General Motors and Ford Motor Co. are racing to become leaders in electric vehicles even faster than planned with the help of growing profits from their internal combustion vehicles.

Last year’s results — record adjusted earnings for GM and nearly $18 billion in net income for Ford — have given the automakers more confidence to accelerate their EV commitments.

Although the chip shortage persists, forcing Ford to cancel production this week at multiple truck plants, the two biggest Detroit automakers expressed confidence it will have little effect on future revenue and profits. After seeing its chip supplies improve in recent months, GM projected its global sales would grow 25 to 30 percent in 2022, with most of the increase in the second half of the year. Ford said it expects 2022 volumes to increase 10 to 15 percent.

The automakers now are shifting their focus to their coming lineups of EVs. GM and Ford each have promised to invest more than $30 billion in electrification and autonomous technology through 2025. The Detroit rivals aim to beat Tesla, a handful of EV startups and each other with a selection of battery-powered offerings produced at high volumes and spanning a variety of price points and segments.

“We’re done with incremental change,” Ford CEO Jim Farley said last week. “We have a clear plan, a bias for action and a whatever-it-takes mindset.”

In late 2021, Farley said Ford would double its planned EV production capacity to 600,000 per year over the next two years, with ambitions to be the No. 2 EV maker behind Tesla.

GM last week said it would pull ahead significant EV investments through 2025 and deliver a total of 400,000 EVs in North America over the next two years.

The automaker plans to have more than 1 million units of EV production capacity in North America through 2025, including 600,000 full-size pickups. But that’s just the beginning, CEO Mary Barra said.

“I can tell you right now,” Barra said, “1 million units in North America won’t be enough to meet the steep inflection in demand that we expect starting mid-decade for our EVs.”

Meanwhile, Tesla, the current EV leader, has backed away from plans to develop a $25,000 EV by 2023 and pushed back plans to start selling its promised Semi and Roadster to at least next year.

“It really depends on how fast the legacy guys convert and expand the product lineup first, and second, how quickly can Tesla continue to grow?” he said. “The fact that Tesla is not currently working on their $25,000 car, for example, won’t help their volumes.”

Ford sold 27,140 Mustang Mach-E electric crossovers last year, beating GM’s sales of the Chevy Bolt EV hatchback and Bolt EUV crossover by more than 2,000 vehicles, according to the Automotive News Research & Data Center. The Bolts, powered by GM’s previous-generation batteries, are the only volume EVs in the automaker’s current lineup, and production has been largely down since August after a recall related to battery fires.

Barra last week said GM has logged more than 190,000 reservations for some of the first EVs powered by its proprietary Ultium batteries: the GMC Hummer EV pickup and SUV, the Chevrolet Silverado EV and BrightDrop delivery vans. That tally does not include reservations for the Cadillac Lyriq, which goes on sale in March. Cadillac will open a second round of reservations after the Lyriq’s debut edition launches, Barra said.

She expects the Chevy Equinox EV, priced at about $30,000 and due on sale in 2023, to be one of GM’s most anticipated reveals this year. GM also plans to launch an EV priced below the Equinox, Barra said.

“Affordable EVs are part of the market that startups aren’t targeting,” she said, “but they are key to driving mass adoption of EVs, which is a national and a global priority.”

Ford executives last week said they were focused on scaling up the E-Transit van and F-150 Lightning that launches this spring, as well as improving margins on the Mustang Mach-E.

“Our BEV margins are not where we intend them to be,” Ford CFO John Lawler said. “We’re going to look at scale. We’re going to want to have a strong lineup where we can lean into it with key vehicles in high-volume segments … and we’re going to reduce complexity.”

Farley said Ford has a team dedicated to reducing cost from the bill of materials for EVs and has been able to reduce Mustang Mach-E costs by $1,000. Teams are looking at ways to reengineer the crossover on the fly, including reducing the number of hoses or other parts, he said.

For now, gains from Ford’s and GM’s century-old internal combustion vehicle businesses are propelling the companies toward their future promises. As the chip shortage has eased, Ford’s U.S. market share has grown, rising 1.3 percentage points year over year in January to 13.9 percent, according to the automaker.

“The profitability of ICE is very important because it gives us optionality not only of scaling BEV but vertically integrating BEV, which is increasingly becoming important for a profit lever,” Farley said. “We definitely want to push our ICE business as far as we can.”