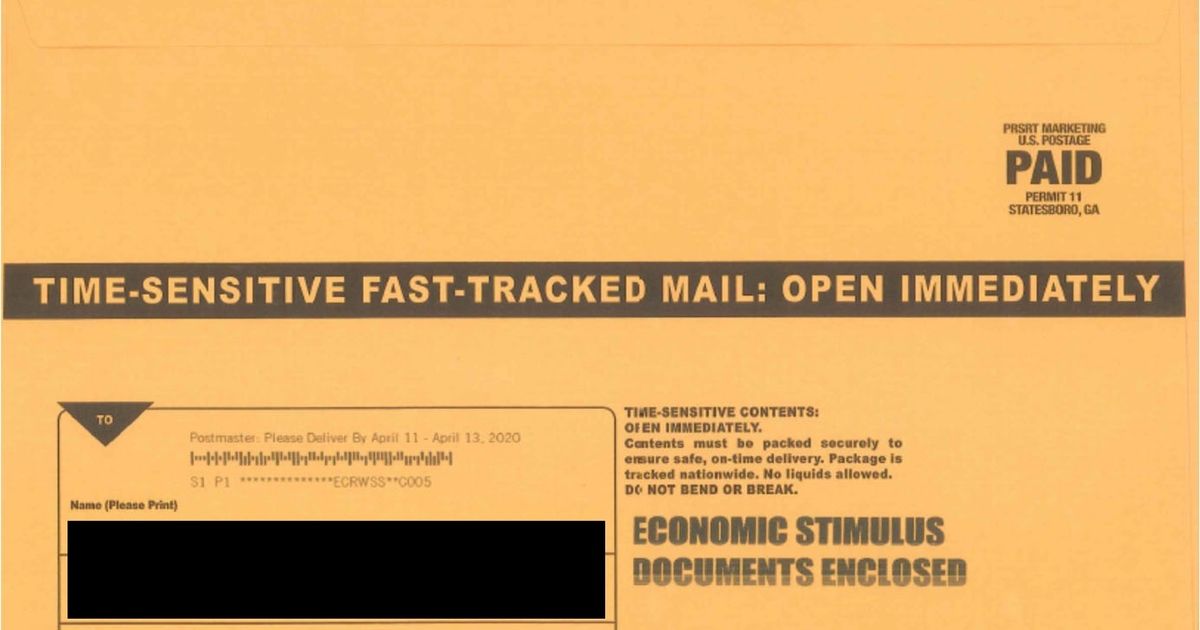 A marketing company and its owner have appealed a Federal Trade Commission ban following what the agency deemed deceptive dealership mailers and auto lending disclosure violations.

FTC commissioners in October ruled 4-0 that Traffic Jam Events and its owner, David Jeansonne, had violated the Federal Trade Commission Act and the Truth in Lending Act with dealership promotional materials. The agency banned both the company and Jeansonne from advertising, selling or leasing vehicles for 20 years.

“They put me out of business,” Jeansonne said Thursday.

According to the FTC summary judgment opinion by Commissioner Christine Wilson, the agency took exception to dealership promos describing a “COVID-19 economic stimulus” or “economic stimulus.” It said one mailer on behalf of Dothan Chrysler-Dodge-Jeep-Ram-Fiat in Alabama featured a manila envelope declaring, “Economic stimulus documents enclosed.” A representative of the dealership declined to comment.

“We never got one single complaint on that entire ad,” Jeansonne said. He called the marketing campaign “a flop.”

Traffic Jam and Jeansonne argued in a court filing that no evidence existed of any consumer being misled or harmed. The issue was “whether the claim is likely to mislead a consumer acting reasonably under the circumstance,” according to the FTC.

The FTC also objected to “combination box” prize mailers in six states, highlighting one associated with Landers McLarty Nissan Huntsville in Alabama. (The FTC misidentified it as Landers McLarty Toyota, according to the Toyota store, which is in Fayetteville, Tenn., and Jeansonne.) Messages left for the Nissan dealership’s general manager were not returned.

That mailer sent the same winning code to all recipients, a number the ad associated with winning a $2,500 prize, according to the FTC. Fine print revealed consumers really had a 1 in 52,000 chance of winning that prize through the true contest, which involved comparing a second, “hard to find” number on the ad to a prize board in the dealership, according to the FTC. The odds instead overwhelmingly favored the customer winning a $6 pair of earbuds, the FTC said.

The FTC produced reports of consumers being fooled by such advertising.

“That is a gross exaggeration by the FTC,” Jeansonne’s attorney L. Etienne Balart of Jones Walker said Thursday. He noted the FTC had drawn in part from comments on a Reddit forum.

Traffic Jam and Jeansonne in a court filing also argued that “the only actionable conduct would be a situation where the consumers, thinking only that they had won a prize (not to purchase a car), went to the dealership and either did not get their prize or purchased or leased an automobile they did not want.”

Traffic Jam mailers also violated the Truth in Lending Act and Regulation Z by displaying prominent monthly payments but placing other elements of a credit transaction “in a different part of the ad, in obscure, small type” or omitting them outright, the FTC said. Ads also contained low annual percentage rate figures prominently next to vehicles, but fine print revealed them to have “substantially higher” interest rates, the agency said.

The FTC said the law extends to other parties in the case of advertising related to credit.

The case is now before the 5th U.S. Circuit Court of Appeals.