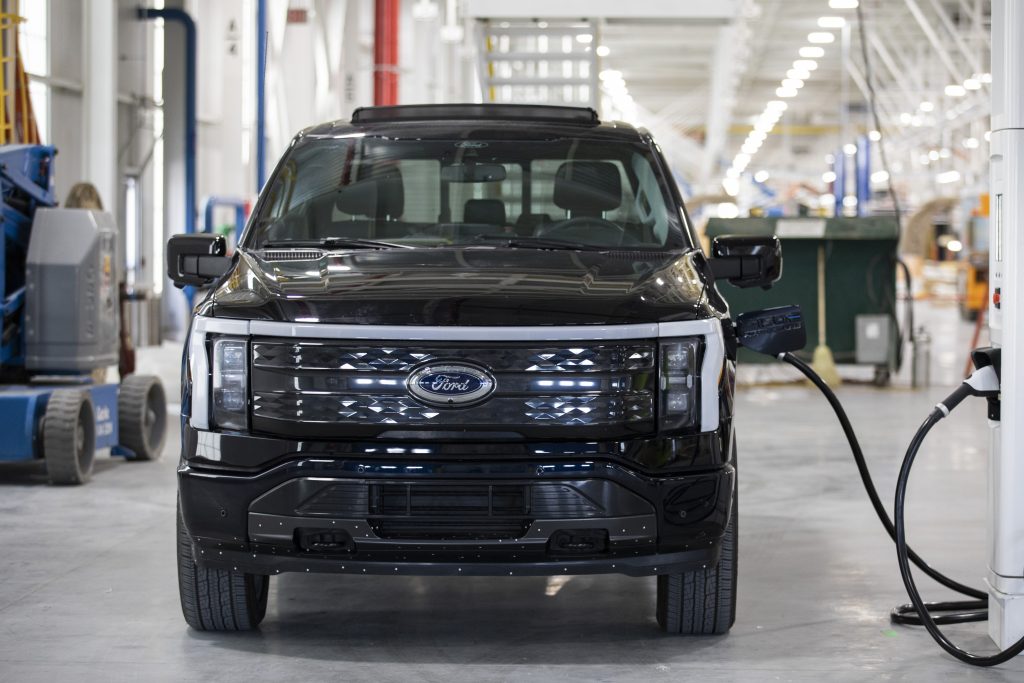 In late January, Farley stated that he believed Ford could be one of the first legacy automakers to scale electric vehicle production by suggesting the company could manufacture 600,000 units in 22 months. Ford, which has set aside massive budgets for electrification efforts, raised production targets on the Mustang Mach-E and F-150 Lightning, which has not entered production yet.

Farley bumped Mustang Mach-E production to 200,000 units per year by 2023. F-150 Lightning production was slated for 40,000 annual units at its unveiling event last Spring. This has been essentially quadrupled to 150,000 units per year, bringing Ford’s production targets to unprecedented levels. A bold move for a company with a long and storied history of combustion engines. In the world of EVs, Ford is relatively a newcomer, but it has not stopped the company from performing exceptionally in the U.S. market, falling second to only Tesla in sales figures for Q4 2021.

“Really, the primary lift for us is battery availability. So we’ve actually been securing extra batteries for quite some time now. We have some manning options for Mach-E. So we will move close to 100,000 units this year on Mach-E. That will be our big move this year. Next year, our big move will be Lightning going to 150,000 units. I won’t get into battery chemistries and all the details, but I’m really excited about the progress we’ve made so far in securing batteries. On the F-150 Lightning, we actually had a physical capacity constraint of the facility. And so, we took the decision already to again redesign the facility so that we can accommodate the 150,000 units. We have great capacity on F-150 for the nonelectric components. So this is just a matter of the Mach-E getting the labor in place and getting the batteries and the F-150 getting the batteries out of Georgia and redesigning the facility so we can get the final assembly done. As far as chips are concerned, these battery electric vehicles and the supply chain are a strategic advantage for our company.”

It seems Farley is overwhelmingly confident that the production lines and manufacturing capabilities of Ford throughout its series of facilities can handle the increases in production. However, the only real way Ford would end up falling short is by not having enough cells to place in its battery packs.

Ford has been essentially stockpiling these cells to keep bottlenecks at bay. The strategy essentially worked for Tesla when it was accumulating chips preparing for the semiconductor shortage. A supplier executive for Tesla detailed “buffer stock” as a strategy that the automaker used to avoid potential supply limitations. Ford seems to be involving the same strategy to avoid cell bottlenecks.

Ford recently restructured its EV playbook with a $20 billion budget and new talent, including Doug Field, a former Tesla and Apple engineer.

Quotes provided by The Motley Fool.