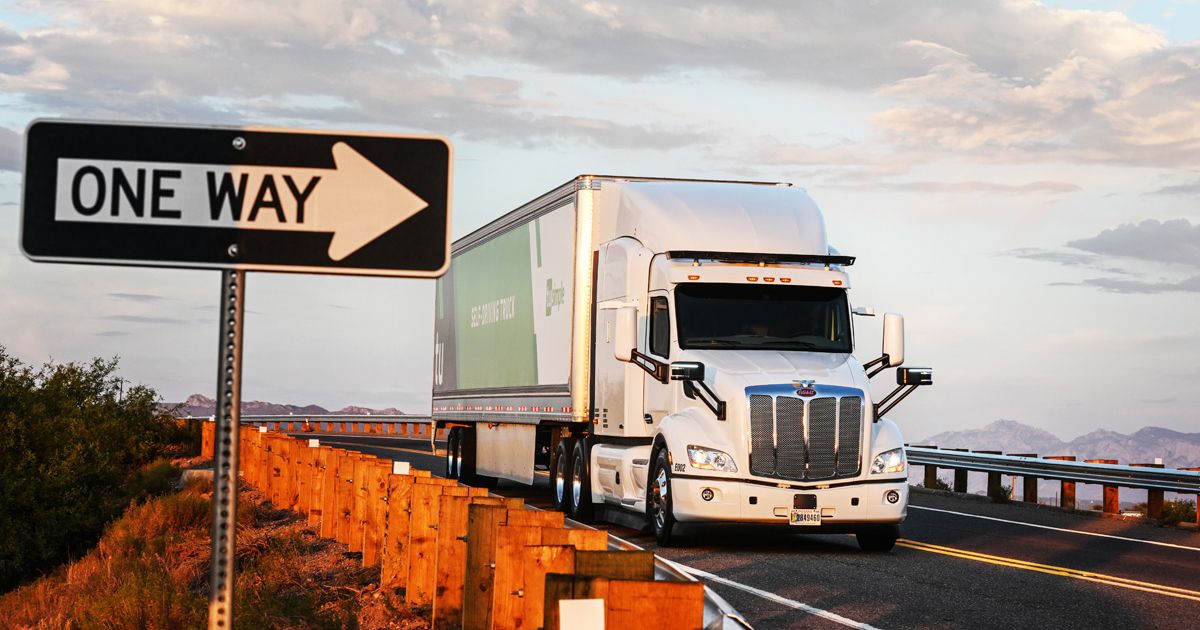 In what’s believed to be a first-of-its-kind partnership, self-driving truck company TuSimple said Wednesday it will soon work with Union Pacific Railroad to haul freight on a major route in Arizona.

TuSimple this spring plans to carry goods for Union Pacific, the largest U.S. railroad, in trucks operating without humans aboard.

Trucking and rail typically compete to move goods across the country. This is believed to be the first commercial work between an automated trucking company and a railroad. Union Pacific, an early investor in the autonomous-trucking startup, will be TuSimple’s first customer on a route that runs between Phoenix and Tucson.

The latter serves as a key location for Union Pacific’s movement of freight throughout the American West. The partnership helps the rail giant extend its reach north to Phoenix with faster movement of freight between rail and first-and-last mile customers at a time when logistics backlogs are national issue.

TuSimple has been preparing for the business. It completed its first driverless run between the two cities on Dec. 22, 2021. On Wednesday, the company disclosed that its trucks had notched an additional six autonomous runs in “Driver Out” conditions, meaning no human was on board the vehicles nor were the cars controlled via any remote assistance.

Coordination of the shipments will be conducted by Union Pacific subsidiary Loup Logistics, a provider of door-to-door transportation services that counts auto-parts movement as a significant underpinning in its business.

The deal “allows us to extend our operations beyond our rail hubs and serve our customers faster and more efficiently,” Kenny Rocker, Union Pacific’s executive vice president of marketing and sales, said in a statement. It will “provide us a significant opportunity to scale the technology in our network, proactively reducing global supply chain congestion.”

For TuSimple, which further counts global auto supplier ZF as a partner, the deal marks its first tangible plans for commercial operations. The scope of those blueprints is expected to expand soon. By the end of 2023, the company says it will initiate more widescale Driver Out operations in “a significant shipping area such as the Texas Triangle.”

Perhaps as a precursor to such work, TuSimple forged a separate agreement with Hillwood, a large commercial and industrial real-estate developer at which Ross Perot Jr. serves as chairman.

Hillwood says it will integrate TuSimple’s infrastructure specifications into a one-million-square-foot facility in Fort Worth, Texas, that’s part of a 27,000-acre mobility innovation zone. The already-planned operation will be upgraded to meet TuSimple’s requirements in serving as an origin and destination facility.

Along Interstate 35, the facility is close to UPS and DHL, TuSimple’s two key freight partners.